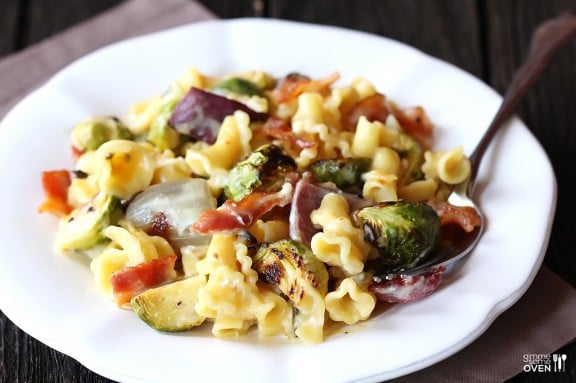 This past weekend, I had the privilege of traveling to Roanoke to gather with a bunch of food bloggers for the first-annual Mixed conference. I will be posting more photos and stories of the event soon. It was a total blast!

One of the highlights of the weekend came as a total surprise to me. My Roasted Vegetable Macaroni & Cheese ended up winning a midnight mac ‘n’ cheese contest sponsored by Dreamfields Pasta! I was more than a little shocked, and have no doubt that my face turned beet red as I walked up to receive the prize. But they were awesome, and even gave me a red sash, black feather boa and a little tiara. So fun! :)

Ironically, though, I had just made and photographed a new twist on my favorite recipe the week before. So it’s all the more fun to post it for you now! Instead of all of my summer veggies, I decided to make some macaroni and cheese with some yummy brussels sprouts and bacon. And then my favorite twist was using some spicy Pepperjack cheese instead of cheddar. As I posted on Instagram, I couldn’t even wait to finish photographing before I had to dive in and try some. SO good!!! 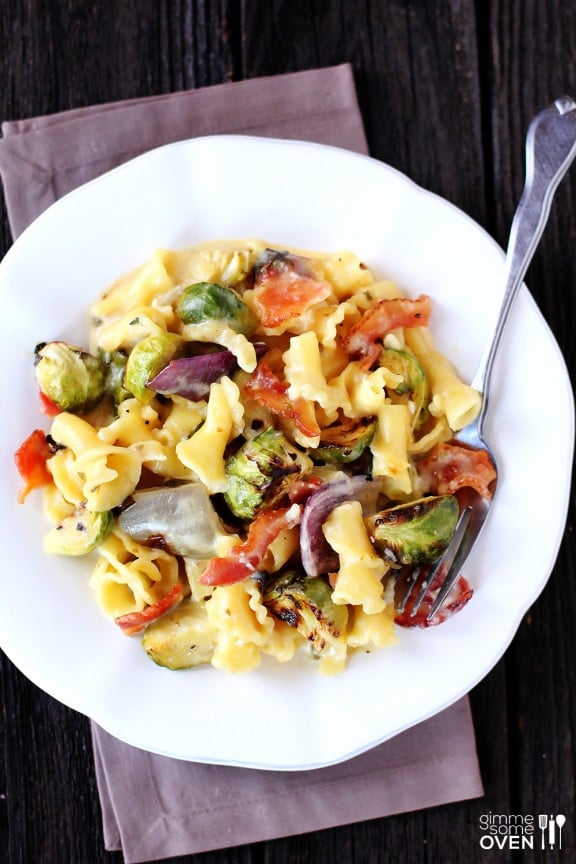 Kick up your mac ‘n’ cheese with some roasted brussels, bacon and lots of Pepperjack cheese. Delish! 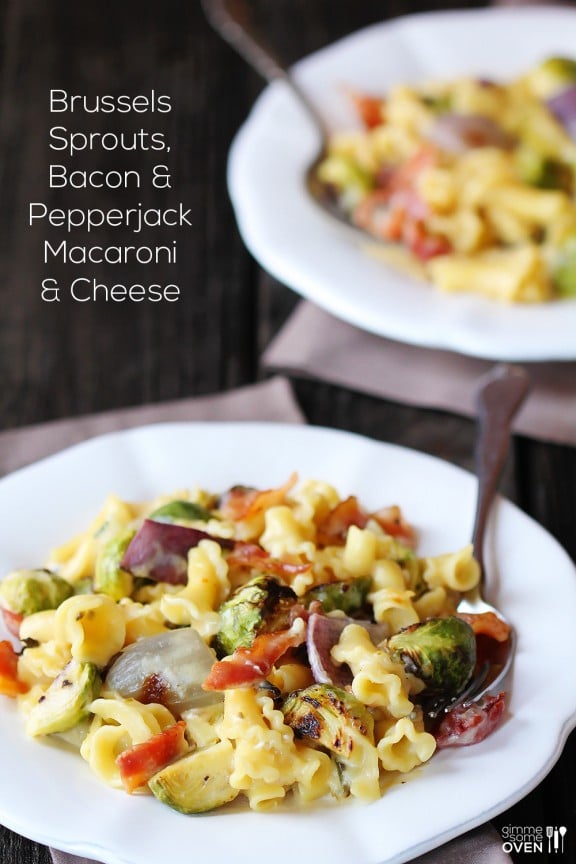 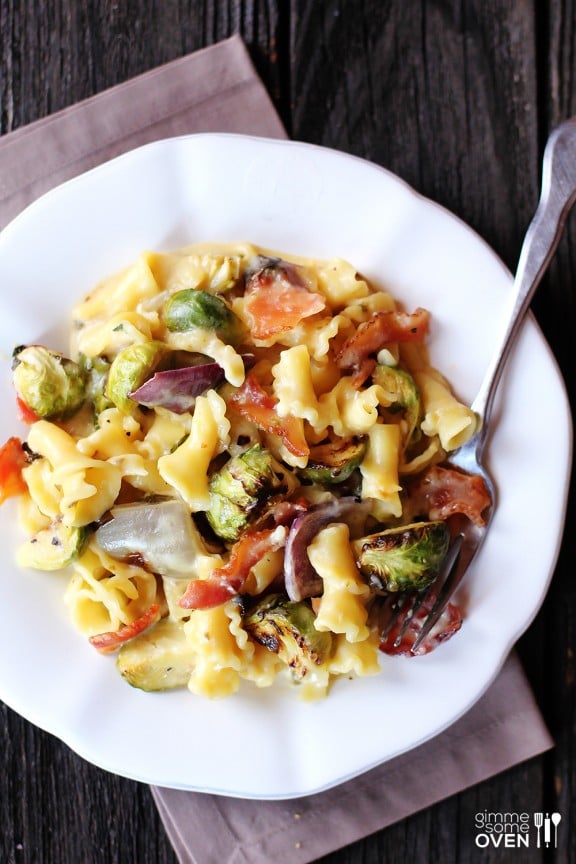 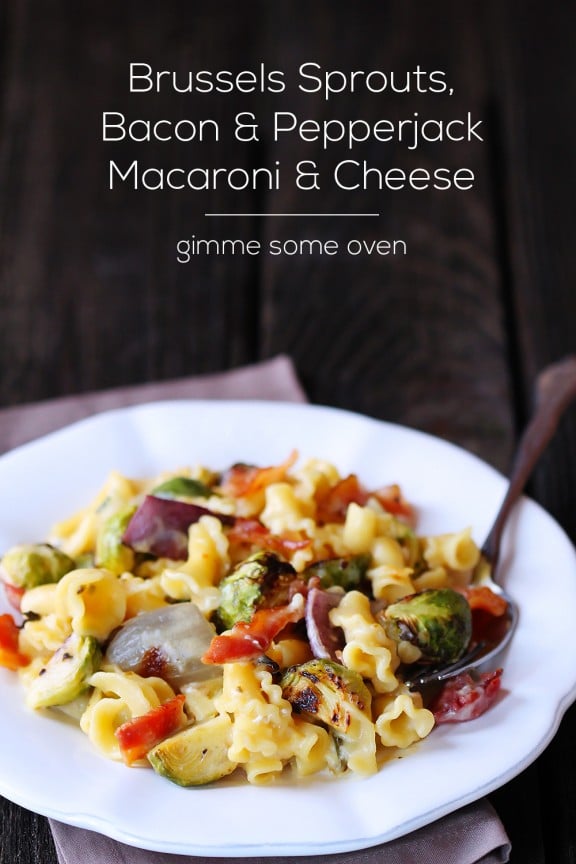 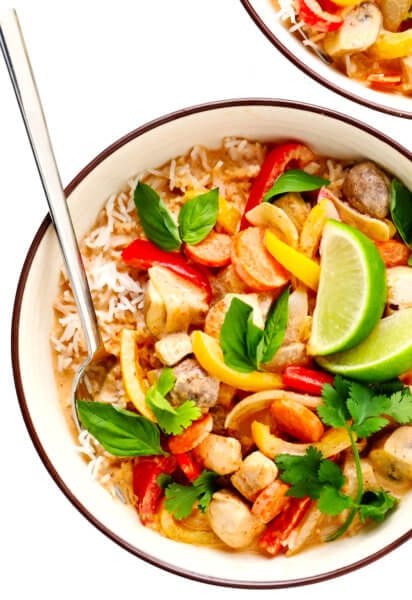 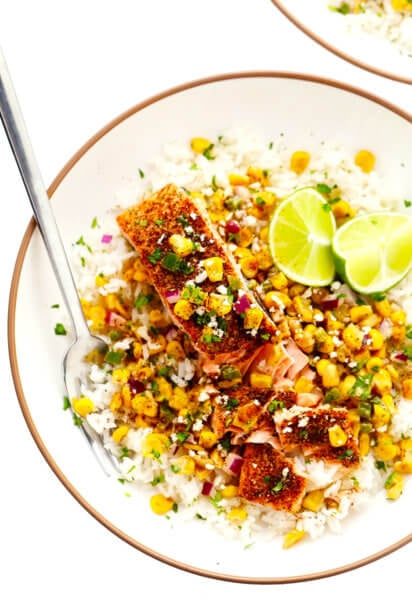 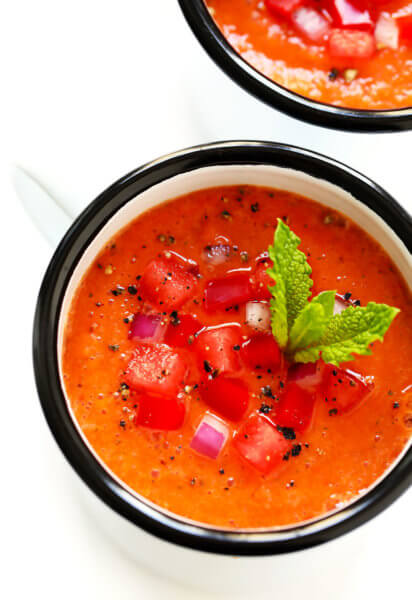