Baz Luhrmann’s The Great Gatsby is an unapologetic, over-the-top kinetic fantasy. Everything is big (Klipspringer plays a castle-sized organ, not a piano), loud (the deservedly much-hailed soundtrack delights), and bursting with color. The camera zooms, twitches, leaps and dances through a roaring feast of 1920s decadence and despair. It also relentlessly pushes in on the titular character: self-made myth Jay Gatsby. And that is the reason you should see the film.

In the midst of all the swooping 3D (meh) and exquisitely detailed sets (woot!), Leonardo DiCaprio’s depiction of Gatsby is sensitive and real. Just as Fitzgerald introduces us to the mask Gatsby presents to the world then peels it away page by page, DiCaprio and Luhrmann start with Gatsby’s facade (that famous smile, lit by fireworks) and then let it fall away scene by scene. We see the longing, the panic, the joy (what’s this? DiCaprio laughing on screen?), the fear, the anger, and most importantly, the hope. In short, they get Gatsby, and they get him right. 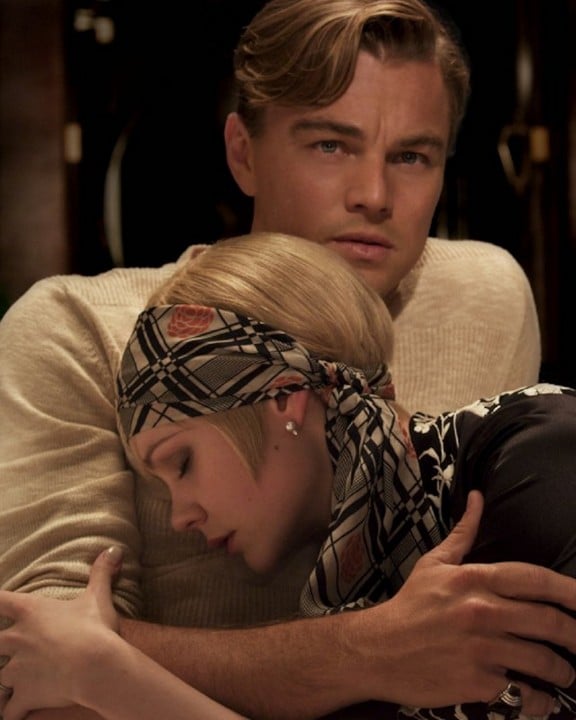 Also right? Luhrmann’s decision to preserve much of F. Scott Fitzgerald’s language. Similar to his treatment of Shakespeare’s text in Romeo + Juliet, The Great Gatsby‘s script is mostly book-verbatim. Purists will be happy to know that the novel’s beloved opening and closing sections are present, preserved and as powerful as ever. Indeed, a few lines from the book are even typset and floated through the frame. Which brings us to Lurhmann’s biggest mistake.

The Great Gatsby‘s narrator is Nick Carraway. In the beginning of the book, he introduces himself as someone who was taught to withhold judgements, and, as such, has become someone everyone tells their stories to. This gives Fitzgerald a plausible reason for why Nick is privvy to everyone’s secrets.

In the beginning of the movie, however, Carraway is in a sanatorium for alcoholism and various other ailments. He tells the story of Gatsby to his therapist, who, after a while, encourages him to write it down. This gives Luhrmann a plausible reason for why Nick is narrating in the first place and why his narration is so literary. It’s an unnecessary imposition. Audiences are used to voice-over narration, as distasteful a technique it may be to auteurs. Filmgoers need no explanation for Nick’s storytelling, and the poetic prose is no more over-the-top than the film’s set design, stylized shots or saturated color. It seems a shame to doom Book Nick Carraway to a sanatorium, too; the Midwestern man left New York disillusioned, not certifiable. I longed to be lost in Gatsby the movie as I am in Gatsby the book, but the sanatorium scenes kept interrupting.

Another misstep is also related to audience coddling:  Lurhman seemed nervous that uninitiated Gatsby-ites may not pick up on particular themes or motivations. Several lines that stood out in the book for their idiosyncratic subtext were clarified by extra dialogue or narration. (The beautiful shirts scene is just that—beautiful—until some non-Fitzgerald Nick narration over-explains Daisy’s famous sobbing words.) The added exposition is a boon to high schoolers studying for lit tests, but a bit of a drag for a film chock full of actors who are capable of conveying miles of meaning in their delivery, body language and expressions.

On May 10, come for the spectacle, savor a well-played portrait of Gatsby by DiCaprio, and try to let Luhrmann’s obvious love for Fitzgerald’s words outweigh your outrage over those few unfortunate additions. Oh, and wear a costume. 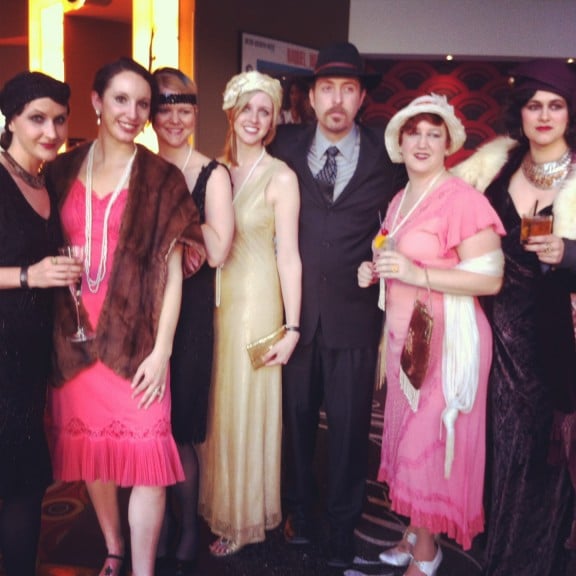 We got dressed up for a Gatsby preview and party in KC! 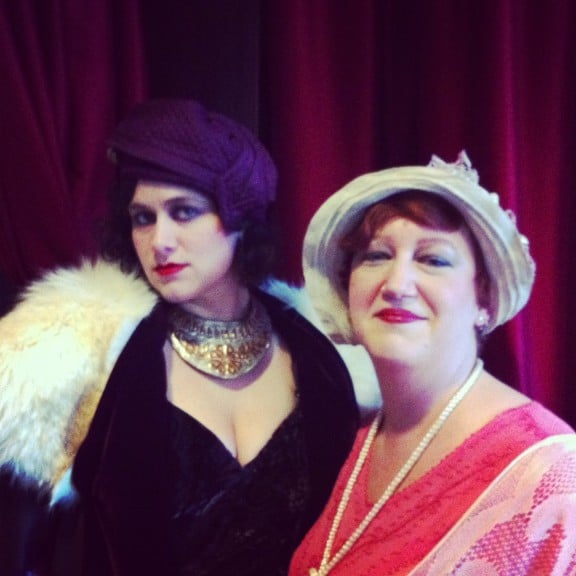 Beth with our friend and super stylist, Malina, who designed our costumes. 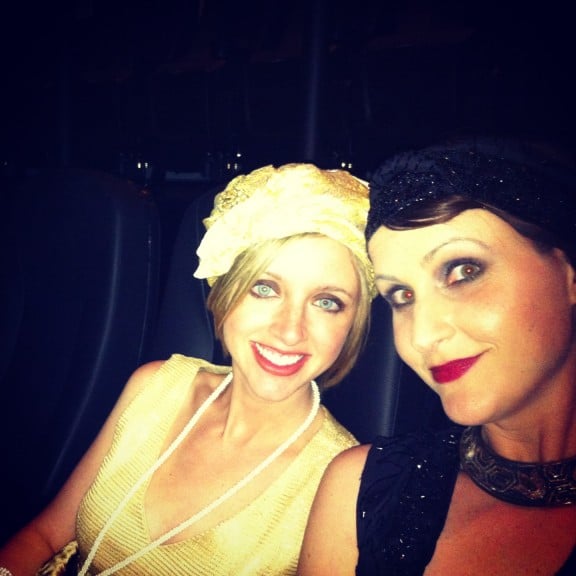 Ali and me…waiting for the movie to start. 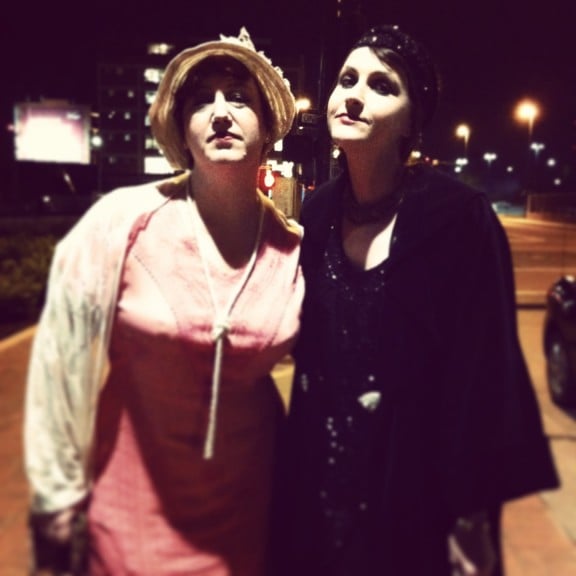 Beth and me…goofing around after the show.

Check out Beth’s posts on the book and a Gatsby giveaway!