Do you have your Christmas Day movie-watching plan made yet? Two HUGE films open tomorrow. Make your choice. Or don’t. It’s perfectly acceptable to see both. 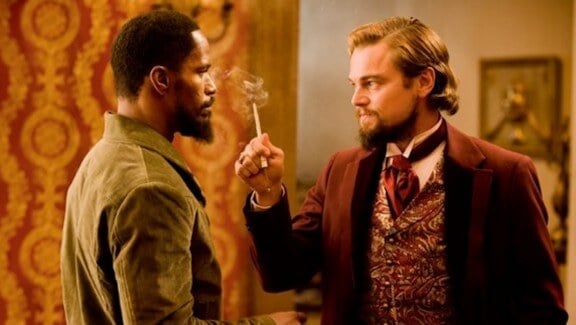 I’ve been jonesing to see this film since its teaser trailer came out with its Johnny Cash intro and triumphant staccato soul trumpet hook. Tarantino has style. He’s got a thorough understanding of genre and how to leap right off a chosen genre’s ledges. He knows how to make an image that speaks more in a half-second (the spatter of blood on white cotton) than some movies say in 90 minutes. I’m also starting to suspect he has a heart that longs for a more righteous world…his last two films are revenge fantasies that use genre film structures to rewrite particularly horrible historical eras. I’m interested to see how Spaghetti Western justice is applied to slavery. And Leo as a villain? Yeah, I’m gonna watch that.

Early Reports: As of writing, 100% fresh rating on Rotten Tomatoes. (28 reviews submitted.) Peter Debruge writes in Variety that “The ‘D’ is silent, though the name of Django Unchained‘s eponymous gunslinger sounds like a retaliatory whip across the face of white slaveholders, offering an immensely satisfying taste of antebellum empowerment packaged as spaghetti-Western homage.”

See it if: You want to be part of the conversation this film is likely to spark. 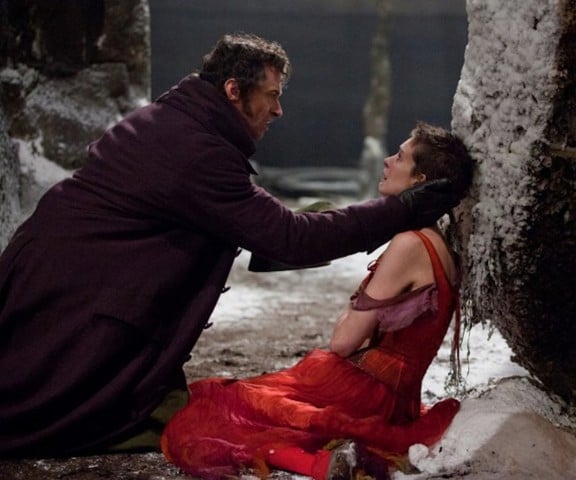 Like every other young singer in the 1990s, I kept the sheet music to Les Miserables on my piano At All Times and even got up the courage to sing “I Dreamed a Dream” at a school concert. As I got older, my interest in musicals split into obsessions with film and music. I thought I’d “outgrown” musicals. And then I cried like a baby the first time I saw the Les Miserables trailer. Damn it.  Tom Hooper decided to record all the vocals live while filming, which I think considerably adds to the emotional charge of the music (at least in the trailer). Me and my 16-year-old self are going to see this. And probably cry some more.

Early Reports: A 74% fresh rating on Rotten Tomatoes at time of writing. The Associated Press‘s Christy Lemire writes, “It is enormous and sprawling and not the slightest bit subtle. But at the same time it’s hard not to admire the ambition that drives such an approach, as well as Hooper’s efforts to combine a rousing, old-fashioned musical tale with contemporary and immediate aesthetics.”

See it if: You, too, harbor a shameful nostalgia for being egregiously emotionally manipulated by song