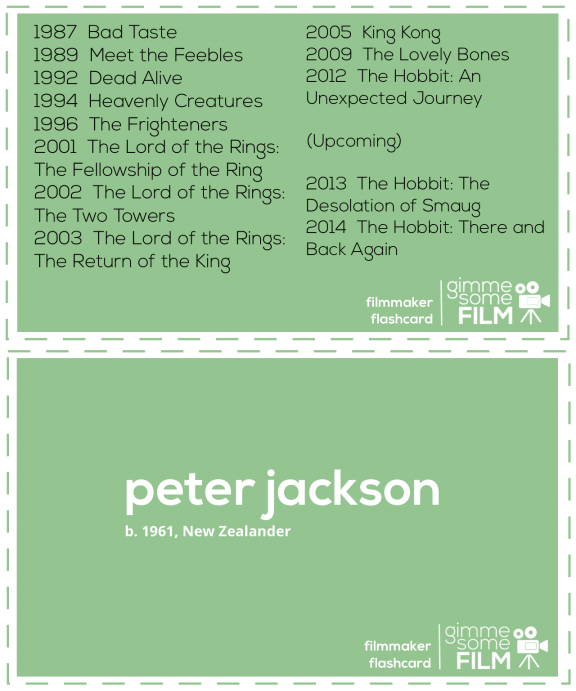 In honor of Hobbit Week, I bring you the Peter Jackson Filmmaker Flashcard. I admit I’ve only seen one of Peter Jackson’s films outside of the Lord of the Rings trilogy: his 2005 remake of King Kong. I enjoyed it, and I’ve read he loved updating his favorite film, but it didn’t make a lasting impression on me. I want to go back and check out The Lovely Bones and Heavenly Creatures (with Kate Winslet and Melanie Lynskey), to see if my admiration of his LOTR work will extend to non-Tolkien films.

Jackson began as a DIY filmmaker who slowly built a blockbuster career after his first films became cult favorites. I appreciate his audience-first aesthetic. You can tell he’s not trying to be  cool or achieve auteur status or win an Oscar (though he’s arguably been successful at all three)…he just wants to tell a good story. I respect that.

What Peter Jackson movies are on your must-see list?

Enter this week’s Gimme Some giveaways!