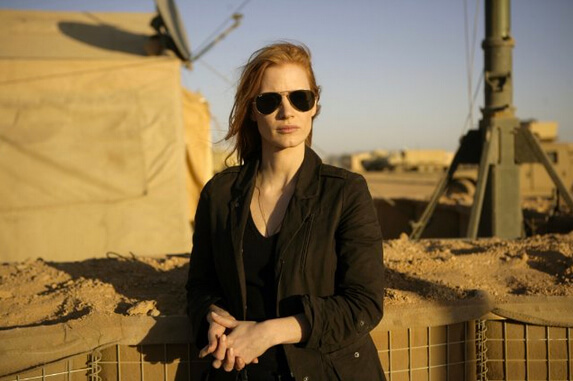 I saw Zero Dark Thirty earlier than its wide-release January 11th opening by chance. A winter storm delayed my holiday trip and landed me in New York City for 24 hours, so I did what I always do when I have unexpected free time: I found a theatre. And that theatre was one of a few in the country showing Zero Dark Thirty.

I stood in a long line of New Yorkers escaping the cold to settle into the cavernous theatre. I had heard snippets of the film’s background (a second collaboration between The Hurt Locker‘s Oscar-winning director, Kathryn Bigelow, and writer, Mark Boal) and its controversy (allegations of too-lenient CIA-access, its portrayal of torture).

But as soon as the curtain parted, all that buzz lost meaning. The film opens with a black screen and audio from 9/11 emergency calls. I listened in re-wakened sorrow, surrounded on all sides by people who had seen this tragedy unfold firsthand eleven short years ago. The absence of visuals put the focus on how individuals in the audio experienced 9/11 in its immediacy, before 9/11 became a rallying cry, an accusation, an era-divider, a political wedge, a justification, and a defining moment in our shared history.

Bigelow (Strange Days, Point Break) continues to choose that individual immediacy over national generalization throughout the film. We are efficiently introduced to Maya, a CIA analyst who has been on Bin Laden’s trail ever since she was recruited to the job straight out of high school. It’s Maya’s journey we follow, as her quest to find Bin Laden becomes increasingly desperate and personal. Bigelow and Boal smartly guide the audience to empathize with this stubborn and intelligent woman (reportedly based on an existing female analyst), making what could have been, in less capable hands, a blood-lusting revenge film into a character-study thriller. 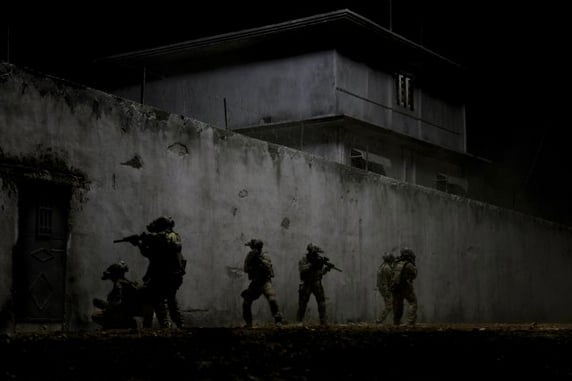 The narrative is more journalistically metered than Hollywood-paced. We meet Maya when she joins a prisoner interrogation and we leave her when the the search for Bin Laden is over. In between, her journey is real-life frustrating and unpolished. She is admirable in her persistance and loyalty to her fellow agents, but that same single-mindedness is frightening when it leads her to quickly overcome her initial ambivalence toward harsh prisoner treatment.

Some (including the current head of the CIA) have criticized the film for portraying torture as integral to the Bin Laden manhunt. I don’t know what happened in reality, but I thought the film showed inhumane interrogation techniques (such as waterboarding) to be ultimately ineffective. In her unsentimental camera gaze, Bigelow seems to be leaving the judgment to the viewer: Torture is part of this story…you make the moral call. (For the record, I am firmly against the use of torture.)

What is inarguable about this film is Jessica Chastain’s incredible commitment. Chastain (Take Shelter, Tree of Life, The Debt, The Help) gives Maya a tough tenacity. (When questioned on her presence at a high-level meeting about the Bin Laden compound, Maya answers  the CIA Director, “I’m the mother-f*$!er who found this place.”)But Chastain also makes Maya human. The determined anyalst is no superhero. She flinches at her first exposure to waterboarding. She cries when she loses friends. When she gets the call that the risky raid has been approved, she looks around her at the still-ignorant Navy Seals with wide-eyed compassion.

SPOILER ALERT. (As much as a film based on real events can be spoiled.) And when the raid is carried out, and the Seals bring back the body, Chastain’s Maya doesn’t celebrate. She confirms Bin Laden’s identity soberly, and walks out of the tent into the dusty desert night. Chastain communicates relief and exhaustion, but not triumph. This is not a revenge film.

What is it, then? I’d argue it’s a question and a challenge. In Zero Dark Thirty’s last scene, Maya boards an empty aircraft carrier, reserved for her as a reward for her service. Off camera, the pilot asks her, “Where do you want to go?” Chastain’s face fills the frame. Her eyes well. She searches for an answer that won’t come. She doesn’t know where she wants to go. Do we?

Good for: Anyone interested in the future of America.

Snack on: French fries, as Maya does.

Bring your: Night-vision goggles and the ability to handle ambiguity.

Skip if: You’re so young that your parents won’t let you go…seriously, grown-ups, this is the un-skippable film of the year.

As Zero Dark Thirty asks, where do we (as Americans) want to go?