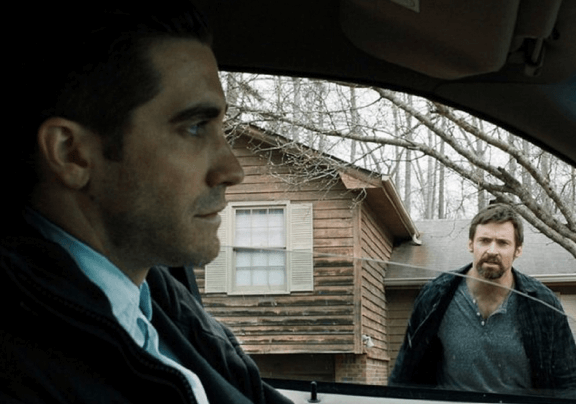 Insightful directing and quality acting adds layers to what could have been just a straight-ahead mystery ride. The film can be enjoyed thoroughly on that first level, but it can also be interpreted as an exploration of means and ends. If your goal is pure, what less-than-pure actions are justifiable to reach it? Are there consequences for using questionable means? Should there be? Can we take forceful action based on partial information? (A question that has become extremely important in our nation’s recent history.)

Cinematographer Roger Deakins (Skyfall, True Grit, No Country for Old Men, etc.) makes this last theme visible by repeatedly shooting through rain-splashed glass, smeared windshields, and tiny holes in walls. We strain to see a way forward with the characters. This frustrating-by-design framing sets the stage for a harrowing climax sequence that hinges on obscured sight. It’s brilliant visual storytelling that elevates the entire film and makes us ask: Do we shackle ourselves when we act from fear, not facts?

So go for the crime-thriller suspense and  shock (the film releases today), but stick around for some serious post-movie conversation: Prisoners is also a moral thriller that demands discussion.

What questions did Prisoners make you ask?