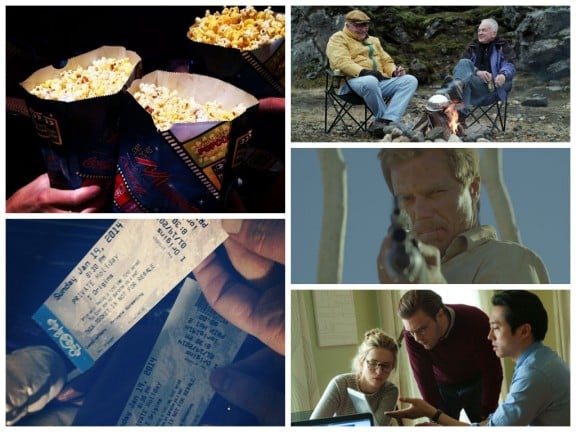 Day four began with  the holy grail for our 2014 Sundance experience: Actual tickets. You see, our first-timer press passes get us into all Press & Industry screenings…after the veteran outlets go in. Sometimes there aren’t enough spaces left in the screenings we want to see, so we have to stay flexible…and shamelessly ask for stuff. Sarah’s ticket to Young Ones came through the Sundance press office (they allot press tickets to combined press and public screenings at bigger theaters). Her ticket to Land Ho came from the film’s publicist. One of the co-directors happens to be excited about food blogs; that interview is coming tomorrow. And Ali and Sarah’s tickets to I Origins came through a friend-of-a-friend who works at Sundance and knew about a private screening. (Thanks, Jared!) We’re already dreaming about next year, when we’ll hopefully graduate to Big Girl press passes. But for now, we’re having fun rising to the challenge of getting into as many films as possible, given our limitations. It’s a game, and we totally won today. Like the Broncos. Which I am only mentioning because my twin sis is a fan. 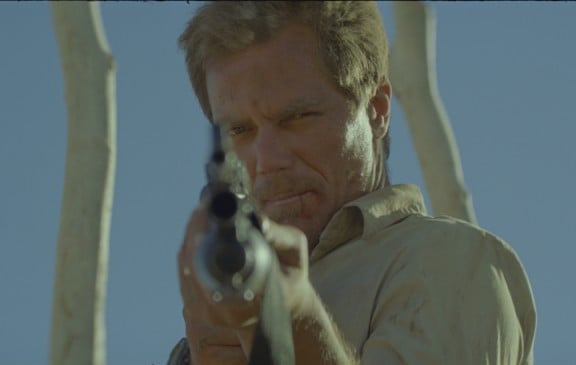 Young Ones is a dystopian Western set in a fully realized near-future world created by Jake Paltrow (The Good Night). The film is told in three chapters, each following a man with a duty, a choice, and a secret. Former farmer Ernest Holm (Michael Shannon) tries to keep his family together in a drought-ridden era where water is sold by the gallon like gasoline, and everybody is desperate. Smooth-talker Flem Lever (Nicholas Holt) romances Ernest’s daughter (Elle Fanning) and believes he can convince the water company to bring the pipeline to their thirsty land. Finally, Ernest’s son, Jerome (Kodi Smit-McPhee) comes of age in the midst of these dusty struggles. I enjoyed the film’s stylized take on classic Western shots (the down-the-barrel view, the alternating show-down stares, etc.) and all its imaginative future-world details. It’s definitely a movie about men; Fanning is affecting as a rebellious teen, but her character is largely passive. The soundtrack is by Nathan Johnson (Looper, Don Jon, etc.) and nods to classic Western composers of the past before spinning off into new auditory territory. The film takes on questions of manhood, guilt and consequences with guts, a clear aesthetic and a distinctive point of view. It will probably divide audiences because of its singular take on the genre; I come down firmly on the positive side. Especially because the last scene manages to sum up the entire theme of the film in one single look. Well done. 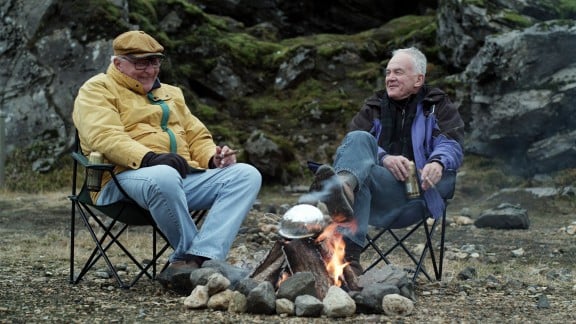 Martha Stephens (Passenger Pigeons, Pilgrim Song) and Aaron Katz (Dance Party, US; Quiet City; Cold Weather) teamed up for this senior-citizen-buddy-comedy-Icelandic-road-trip film that deserves wide distribution for its heartfelt humor. My cheeks hurt after this screening from all the smiling. The rest of the audience seemed to be having as good of a time as I was: chuckling, nodding, groaning and guffawing. Paul Eenhoorn (This is Martin Bonner) is Colin, a reserved Australian gentleman quietly reeling from his first wife’s death and his second wife’s, well, divorce. Earl Lynn Nelson is Mitch, a Southern character and his ex-brother-in-law. Mitch invites Colin on an Icelandic adventure to “get their groove back,” though both have deeper reasons for going. According to the directors, the film was 50 percent scripted, 25 percent loosely written and 25 percent improvisation. That flexibility pays off: The film is one authentically funny moment after the next. It was a gift that I hope you all get to see in theaters. 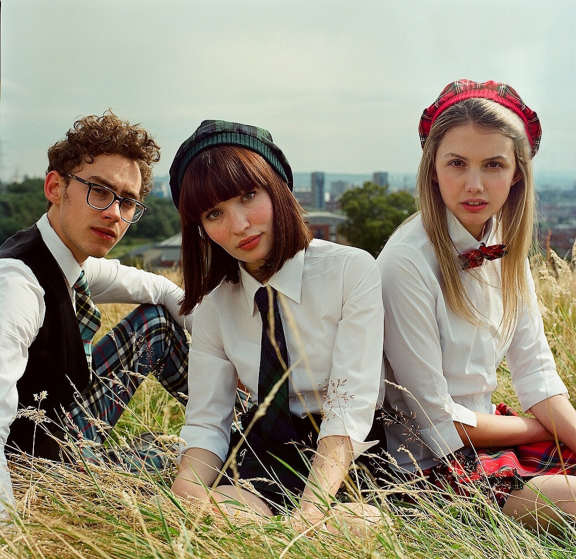 Are you a Belle & Sebastian fan? If so, you should probably see front-man Stuart Murdoch’s teen-musician-coming-of-age-fantasy-musical. If you’re not, it’s safe to skip it. There were some very sweet moments (both musical and verbal), but the film lacked momentum and strayed into manic-pixie-dream-girl-worship territory. A shift in point-of-view at the end made the film feel even more uneven. Buy the soundtrack, if you’re into sugary, indiosyncratically confessional pop. 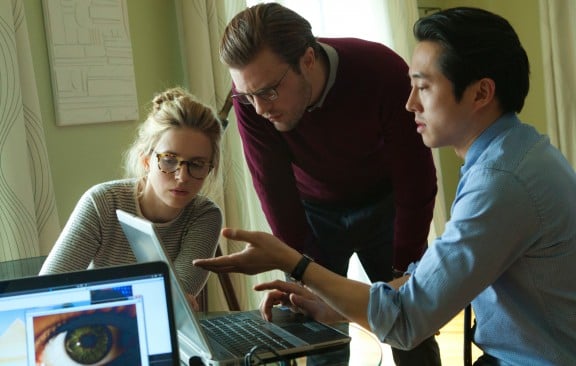 Mike Cahill (Another Earth) gives us a smart and sensitive spiritual thriller in I Origins. Michael Pitt is Ian Gray, a devout atheist and brilliant microbiologist whose views are challenged by both his first love, Sophie (Astrid Bergès-Frisbey), and a later scientific investigation with his lab partners Karen (Brit Marling) and Kenny (Steven Yeun). The film is sure of its story, and sticks close to it, avoiding the temptation to stray into the many distracting implications of the discovery at hand (an Easter egg tucked into the credits will sate sci-fi aficionados who want more details). The acting is sure and compelling across the board, the editing has a unstoppable forward motion, and the closing sequence gave me the good kind of goosebumps. Ultimately, the film asks this: If all you believed was thrown into question by reliable data, would you have the courage to walk through the door into the unknown? It’s an important question, beautifully portrayed. See it when it comes to a theater near you.

We finally gave in to the ever-present popcorn temptation. It was worth it. 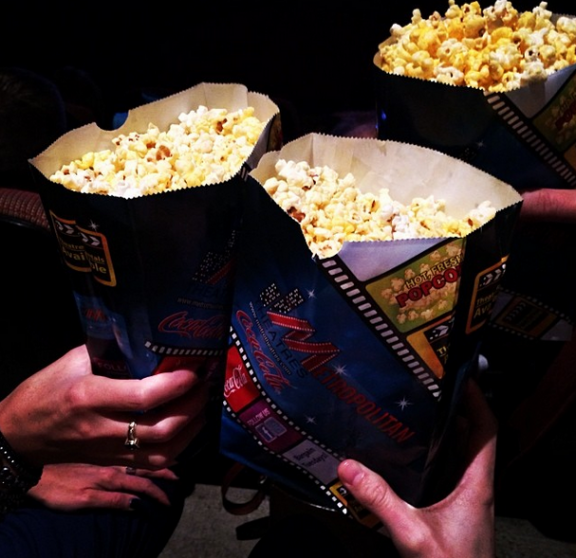 Picture of the popcorn goodness by Ali.