I’ve officially made it through a week in Park City! And I haven’t even caught a cold. (Though I probably sealed my fate with that statement.) Despite failing to get into a couple movies that I really wanted to see today, I still managed to make it to three worth-talking-about films. Reviews below.

All the Beautiful Things 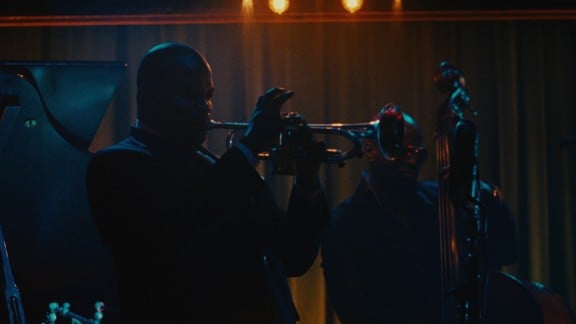 Jeremy Pelt and Richie Goods in John Harkrider’s All the Beautiful Things. Photo by Brian O’Carroll.

The most beautiful thing in the documentary All the Beautiful Things is the jazz of Jeremy Pelt’s quartet, partly pictured above. Director John Harkrider shot the jazz live, as the background for intense conversations between himself and his estranged best friend, Barron Claiborne. The immediacy of the music is breathtaking, and I wanted the musical sequences to go on forever. As for the rest of the film, it was an experiment that just didn’t work for me. Harkrider and Claiborne process the breaking point in their friendship on camera: Claiborne was accused of raping his girlfriend, and Harkrider had to pick a side.

The story of their friendship and conflict is very compelling, as are their individual personal histories, but Harkrider layers on so many affectations—the bartender they are ostensibly telling their tale to, the sage advice Pelt dispenses to them whilst smoking on the back steps, even the jazz club setting—that the point gets lost. It’s definitely a staged conversation, even if the conversation is real, and it just doesn’t feel authentic. The confrontation seems acted and too aware, not helped by the coverage-style camera angles that suggest that they would’ve had to repeat these dialogues several times to get all the shots. The too-cool trappings end up disrespecting the gravity of their accounts. It’s unfortunate that style trumped story in this film because there’s definitely much in their story worth exploring. (For a better example of a doc that recounts the director’s personal history through varying viewpoints, try Sarah Polley’s Stories We Tell.) 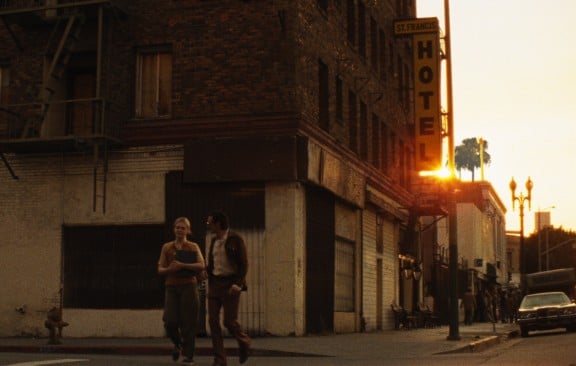 Elle Fanning and John Hawkes in Jeff Preiss’s Low Down.

Low Down is based on Amy-Jo Albany’s memoir about life with her jazz-pianist and addict father, Joe. Elle Fanning plays the watchful Amy-Jo (named after her absent mother’s favorite March sisters in Little Women) with a remarkable maturity to match her character’s beyond-her-years wisdom. John Hawkes gives Joe the charm and vulnerability that explains Amy-Jo’s love for her father, even though he constantly lets her down. Glenn Close also gives a beautiful performance as Joe’s heart-broken but tough-as-nails mom. Complimenting the wonderful acting is gorgeous hand-held cinematography by Christopher Blauvelt and on-mood production design by Elliott Hostetter. Director Jeff Preiss does a great job capturing the complex emotions of a family whiplashed by addiction, but the story lacks momentum and cohesion. When Amy-Jo finally takes action, her motivation and aims are opaque. The final shot is supposed to be an artfully unanswered question, but its impact is weakened because the query is only introduced moments before. I would’ve liked to see a more clear progression from Amy-Jo as witness to Amy-Jo as participant. 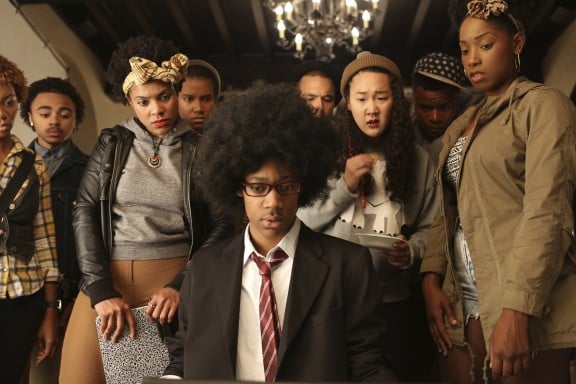 The team behind Dear White People  said this white girl could laugh, and laugh I did. This film has gotten fantastic buzz at the fest, and I think it’s earned. The film follows the stories of several black students on a largely white Ivy League college campus. There’s Sam, who runs the popular “Dear White People,” radio show, and whose personal life is more complex than her quippy bon mots would suggest. There’s Coco, who’s willing to do whatever it takes to become a reality TV star. There’s Lionel, who thinks his love of Mumford and Sons and Star Trek might disqualify him from being part of the Black Student Union. And there’s Troy, who’s trying to live up to the high standard set by his father, the university’s Dean of Students. Yes, it’s wicked funny satire. But Dear White People is also an extremely sweet movie about living beyond labels and being yourself. Writer and director Justin Simien deserves kudos for giving his biting humor a whole lot of heart. If you can see this in a big, crowded theater, do. It deserves a live laugh track!