If you’ve still got Best Picture nominees to check off your list, by all means make that your Saturday mission. I’ve yet to make it to Les Miserables, which is on my to-do list for the upcoming long weekend. But if you’d like a break from all things gold, this weekend has some new releases that will offer the opposite of Oscar bait. 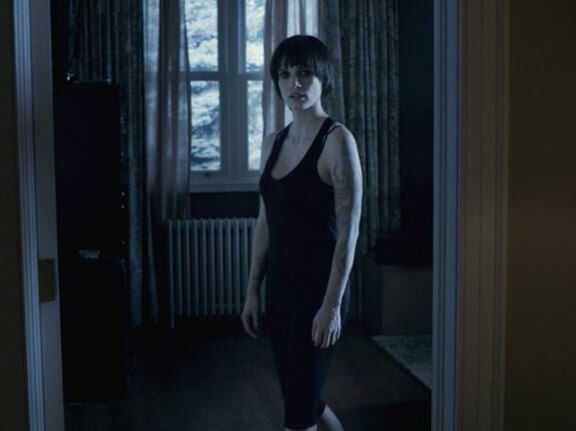 For starters, Best Actress nominee Jessica Chastain is sporting a mainstream goth look in Mama. Produced by elegant-scare-master Guillermo del Toro (Pan’s Labyrinth, Hellboy) and directed by newcomer Andrés Muschietti, the film tells the story of a couple who takes in their feral nieces. Scary things ensue, of course. (Would y’all stop taking in your feral nieces? Nothing good can come of it.) Early reviews on Rotten Tomatoes (only 42% fresh as of writing) makes it clear that this is no Zero Dark Thirty, but classic horror lovers should possibly take note. Hollywood Reporter writer Todd McCarthy says, “Mama represents a throwback and a modest delight for people who like a good scare but prefer not to be terrorized or grossed out.” Hmmmm. That sounds a little like me.

He’s back, and he’s a sheriff. Arnold Schwarzenegger stars in this tale of a small-town lawman standing in the way of a fugitive drug king trying to get across the Mexican border. Directed by South Korean filmmaker Jee-woon Kim (The Good, the Bad, the Weird), the film currently has a 100% fresh rating on Rotten Tomatoes. It’s only 13 reviews in, but, still. Associated Press writer Christy Lemire calls it, “an extremely Schwarzeneggerish Schwarzenegger film,” and explains “Everyone’s just here for a mindless good time.” If that sounds like exactly what you need after a long week, then go right on ahead, my friend. Those Oscar nominees and your queue full of foreign art-house films will be there when you get back. 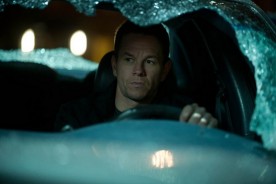 Directed by Allen Hughes, one half of the Hughes Brothers (The Book of Eli, Menace II Society), Broken City pits an ex-cop (Mark Wahlberg) against a corrupt mayor (Russell Crowe). As far as I can tell, Crowe doesn’t sing in this one. But maybe he should have…early reviews aren’t stellar. The Wrap writer Alonso Duralde reports, “Had the script gone through a few more drafts, Broken City might have been a real contender of a political conspiracy thriller. As is, however, it could barely be elected dogcatcher.”

Maybe you’re better off seeing the legislative thriller that is Lincoln or the international-manhunt thriller that is Zero Dark Thirty or the hostage thriller that is Argo. But if you really really like seeing Tough Guys Do Tough Things, Broken City promises to deliver. I mean, look at Marky Mark driving with a broken windshield. At least you’ll have that.