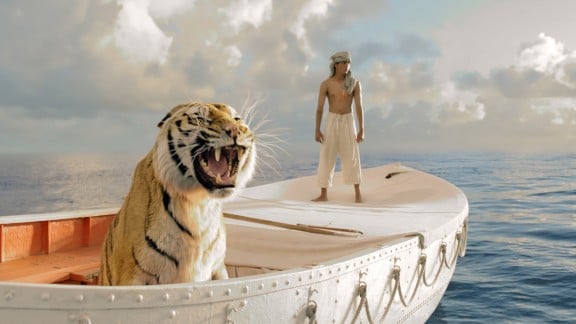 Based on the absolutely riveting book by Yann Martel, Life of Pi is being eagerly anticipated by book clubs that are curious how its magical realism plot (a young man is shipwrecked and stranded with a Bengal tiger) will translate to screen. Oscar-winning director Ang Lee (Sense and Sensibility, Crouching Tiger, Hidden Dragon, Brokeback Mountain) is known for his genre-hopping, poetic vision.

You should go if: You read the book, are reading the book, like to feed your eyes pretty things, or just adore tigers. In other words, this might be a good Thanksgiving weekend group outing.

Early reports: At the time of writing, Life of Pi had a strong 81% rating on Rotten Tomatoes. New York Magazine critic David Edelstein concludes, “The film is transcendent.” See it in 3D to take full advantage of its reported beauty. 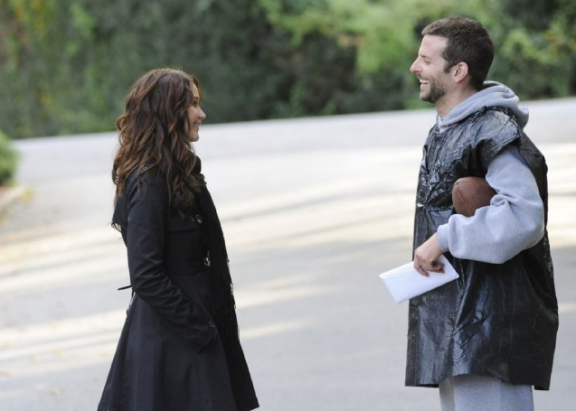 This film has been racking up the Oscar buzz, and not just because its two able stars are working the media profiles like the professionals they are. Based on a book by Matthew Quick, the film follows just-de-institutionalized Pat and grieving Tiffany as they try to get a handle on their broken worlds. The word is that both Lawrence and Cooper go way beyond their Hunger Games and The Hangover work…though I’m not surprised, having loved her in Winter’s Bone and him on early seasons of Alias. Plus, there’s dancing. And De Niro. And the really scary mom from Animal Kingdom (Weaver). And David O. Russell (Three Kings, I Heart Huckabees, The Fighter).

You should go if: You like idiosyncratic romantic comedies and beating everyone in Oscar polls.