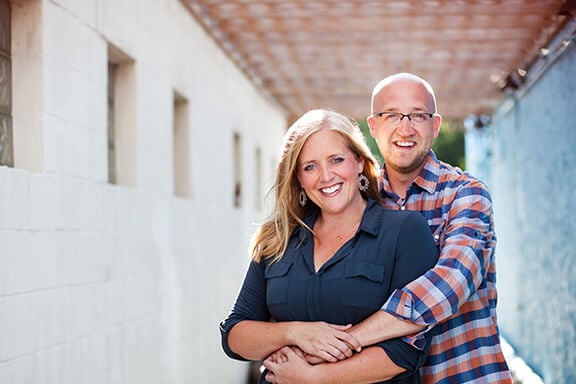 Kind of similar to last week’s post from Janelle, I basically had a friend-crush on Kelly before I ever met her.  It began in the church where I used to work (as did Kelly back before my time), where I was captivated by these enormous, colorful, bright paintings that were hung all over the drab, gray basement where we officed.  On days when the fluorescent lighting and lack of sunshine would start to crush my soul (no less), I got in the habit of walking into the hallways to just stare at these paintings for awhile, and then life somehow seemed a little more beautiful.  Of course, I came to find out that they were created by a girl named Kelly, who had moved on to create her own small business as an extremely talented photographer, and — small world! — actually attended the same midtown church as me.

So of course, I wanted to meet her.  But it wasn’t until my work schedule changed and we started attending the same service for a few years that our paths finally began to cross.  I finally figured out who she was when she got up in front of the church as one of the people who shared the greeting and announcements once a month, always weaving in a life story that was a mini-sermon in and of itself, which had an uncanny way of being exactly what I needed to hear that week.  So as you can imagine, by the time we finally met, it was that totally awkward oh-my-gosh-I-feel-like-I-know-you-but-I-don’t-but-I-want-to gushing (on my end) and of course, that gracious-warm-amused kindness on her end.

Fast forward many years later, and I am now deeply grateful to (ahem, legitimately) be able to call this girl a friend.  I’m still a complete fan of her work, which has undoubtedly touched countless lives in Kansas City and made the world a more beautiful place, as well as making so many individuals feel more beautiful.  But even moreso, I’m a fan of the way that Kelly lives her life.  She is one of those people who can be the life of the party in one moment (usually an epic one that she has dreamed up), lighting up a room with her smile and doing some serious celebrating of life with those whom she loves.  But then in the next moment, she can be that good friend who thoughtfully and honestly walks through the valleys when they come.  On a personal note, I would especially note that her friendship has been helpful on more than one occasion navigating some of the tougher moments of being single, as she was into her mid-thirties.

Through it all, though, Kelly is known for being fiercely positive.  But in a fiercely honest, vulnerable, courageous way.  In small and big ways, I’ve appreciated that through the years in conversations.  But many of her friends might know that best through Kelly FB page, where she has posted an almost daily gratitude journal of things she loves about life for years and years.  It began when she was looking for ways to stay positive while being single, and as life would have it, continued through her amazing love story of meeting and marrying a great guy and becoming a step-mom to two little boys, and still continues to this day.  It was a “happy ending” that her entire community was thrilled to celebrate, yet I’m far more excited and interested in following the story that will unfold with this new family’s beginning.  I have no doubt it will include an abundance of faith, hope and love.  And probably some epic parties in there to come.

Anyway, all that to say that Kelly’s pretty great.  And I totally dig her 10 things (especially #3).  Read ’em!

Growing up, my mom was notorious for saying, “Emphasize the positive.”  To be honest, it drove me crazy for the first 34 years of my life — and then something clicked.  Days will be frustrating.  People will be discouraging.  Circumstances will remain outside your control.  But, I am convinced she was trying to teach me from an early age there is always beauty and goodness to be discovered.  It’s up to me to have eyes to see what is lovely about my life.  I firmly believe beauty begets beauty.  Love begets love.  Gratitude begets gratitude.  The same, however, can be said about negativity and discontentedness.  There is no denying the importance of being real with how challenging life can be.  All I’m saying is if you look for good, you will find it.  And somehow, it will make the hardness of life a lot less overwhelming.

2.  Compliment complete strangers.  It will make their day.

I learned a while ago that deep within every woman resides one who needs to be seen as beautiful.  Some will try to deny the need, but it’s there.  Sadly, most of us are so freaking critical about ourselves, we don’t see our own beauty.  We stand in front of a mirror and pick ourselves apart.  (Or sometimes avoid mirrors all together, if you know what I mean.)  A while ago I started speaking what I saw.  It could be as simple as telling the cashier at Target that I liked her sweater, or recognizing that your bank teller got a haircut and telling her how pretty you think it looks on her.  What I find fascinating is that you can literally sometimes see women’s shoulders pull back a little as a result.  They stand a little taller, smile a little wider, and, well…feel a little prettier.  I love that.  And so I compliment strangers.  As much as possible.

Sometimes all you need to do is fill a bathtub with water just hot enough to make you uncomfortable, crank some Billie Holiday (preferably on vinyl – see point 7), and sit in there long enough for your skin to prune up.  Might I also suggest dimming the lights, pouring an unnecessarily large glass of wine, leaving your cell phone in another room, and NOT reading a book, as part of what is key here is the silence and the chance to do NOTHING.  It’s like yoga.  Without having to do yoga.

Mostly only when they’re roasted.  But also when they’re shaved.  Try to avoid steaming them.  And if you must steam them, for the love of all that is good, don’t oversteam them.  They’ll taste like the mushy awfulness I remember them being when my grandmother made them and robbed me of three decades of enjoying them as they deserve to be.

I’ve spent most of my life having a “general idea” of how I was spending my money.  I would sometimes spend excessively in one area, and pull back in others accordingly (i.e. buy a sweater at Anthropology/not eat for a week).  I finally have grown up and determined I need to know what I’m doing with every dollar.  And when I say every dollar, I literally mean E-V-E-R-Y dollar.  Though that may come across sounding crazy, what I love about doing this is that I’m able to use and save the money I want to do the things I choose — and not, instead, make choices that keep myself from those very things.  Don’t get me wrong.  I hate budgeting.  I hate not being able to do everything I want to do when I want to do it.  (Don’t we all?)  I hate not being able to get Starbucks with a friend, or having to make a choice to get tea instead of a skinny soy hazelnut latte.  But I also hate thinking ten years down the road I might be keeping myself from being able to go to Paris with my husband because I went to Starbucks every time I felt like it.

I’m 38 and still throw myself thematic birthday parties.  I figure it’s my birthday, so people have to do what I tell them.  “Dress up like a supermodel.”  “Come learn how to 2-step — wear cowboy boots if you have them.”  “Pirates.  Enough said.”  One of my friends a couple years ago said she looks forward to my birthday more than Halloween.  It’s one of the best compliments I’ve ever been given.  But it’s not just about birthdays.  It’s simply about celebrating life.  Accomplishments are worth celebrating.  Catching people off guard is real fun.  And so my husband and I will fill a bunch of balloons with Valentines candy and encouragement notes and hang them from my stepsons’ bedroom ceilings and surprise them when they come back to us after a week away.  I plan what we call “Super Secret Awesome Days” and keep them on their toes, never knowing what I have planned.  We have “Trash Bag Thursday” dinners and eat everything from tacos to spaghetti without plates or utensils.  We just dump everything on a trash-bag-made-tablecloth and eat with our hands.  It’s real fun to have fun with people you love.

There’s something magic about the sound of a needle scratching on an old record.  I love the process of carefully placing it where I want the album to begin, and then having to turn the record over after 20 minutes.  It keeps you engaged in what you’re listening to in a way an MP3 player just can’t.  And voices like Otis Redding, Ella Fitzgerald, Frank Sinatra and Carole King just can’t be beat on vinyl.  Promise.

8.  The best people watching in Kansas City is at Denim and Diamonds.

A few years ago some friends of mine invited me to go two-stepping.  I’m pretty much always up for anything, so I went, but if I was to be honest it was because I was promised “the best people watching in Kansas City.”  Oh. My. Gosh.  They weren’t lying.  I like to say it’s the equivalent of a topless beach in Europe.  People just own who they are and ain’t afraid to show it.  I’m personally liberated by watching how comfortable everyone there is with themselves. I’m also, as terrible as I feel admitting this, deeply humored by it all.  Five dollars, people.  You should totally make it happen.  And you should learn to two-step if you’ve never tried.  It’s way more fun than you think.  And it’s conveniently way cheaper than going to the movies (see point 5).

I’m a photographer professionally, and I’ve never been on Instragram.  It’s too much pressure having to come up with aerial shots of my shoes with just enough negative space to prove I’m artsy.  I feel like if I wasn’t “out-shooting” people on Instragram it would bring my skill vocationally into question.  And so I just don’t.  I also don’t have a Pinterest account.  I don’t want to know how many creative things you can do with old socks or Twinkies.  I barely have enough time to keep up with laundry.  If an idea surfaces in my brain without going to look for it, I’ll do it.  But Lord knows if I have a half hour of spare time, it would better be spent going on a walk with my pup or playing with one of my boys.  I think culturally we’ve created a monster for ourselves with social media, continually setting a bar higher and higher as to what to do for children’s birthday parties and home decor.  And sadly, as a result I think it sometimes keeps us from the very people we love.  Saying no to these two things in my life keeps things simple.  And I like that.

It won’t lead you astray.  I promise.  Listen to the quiet voice within you.  I’ve taken 38 years to learn to hear it and to trust it, but the longer I do, the more I know that this inner rudder will keep me headed the right way.