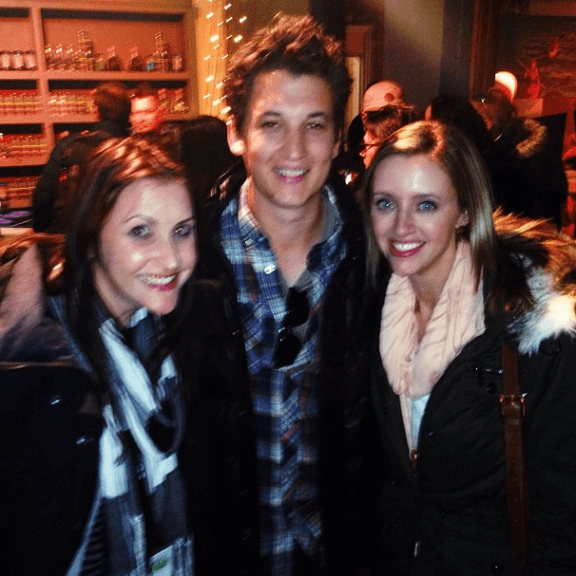 Hey everyone!  Ali here.  As some of you may have noticed, we have shuffled some things around on the site and have decided to move the posts about books and movies to this Life page of the blog.  Since, you know, art has a way of shaping our lives.  Often in a mega way.

So for those of you who have yet to be introduced to my friend Sarah who writes about film, I thought we would tag onto our “10 Things” series and have her introduce herself today by sharing 10 things that she has learned from watching movies.  Lemme tell ya, this girl watches a LOT of movies.  But more than that, she takes them to heart and lets them shape and challenge her more than anyone I know.  And even better, she is always eager to pass those movie lessons and recommendations along to her friends, and I can say that we’re all better people for it.  (And definitely better people for knowing her.)

So please welcome Sarah to the Gimme Some Life section of this site, and get ready to learn more about movies and life from her moving forward!

I’m excited to be part of this page because I’m always trying to connect the films I see with my everyday life. Movies inspire me, challenge my assumptions, change my views, break my heart, lift my soul, and, yes, even teach me Life Lessons. Here are ten. 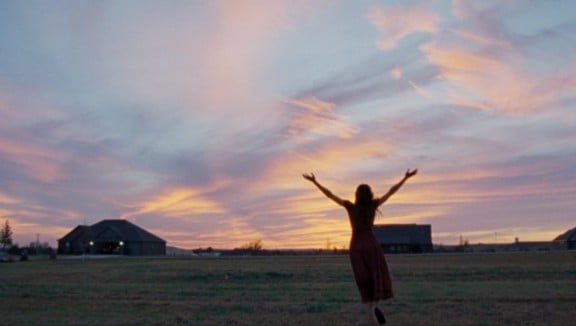 Terrence Malick’s To the Wonder

2. If you don’t like the view, change your lens.

Films tell stories by framing actions and images in a meaningful way. When I’m frustrated, anxious, or depressed, it helps to ask: What if I moved the camera? What if I tried another angle? What if I tried to view this differently? One of my favorite directors is Terrence Malick because he can find beauty in any setting, even the bland Oklahoma suburbs in To the Wonder, pictured above. Maybe I should start to ask myself, “What would Malick see?” when I get blue.

Kay Adams (Diane Keaton) gets shut out in Francis Ford Coppola’s The Godfather.

3. Don’t close the door on people who love you.

In one of the most famous moments in American cinema, The Godfather‘s Michael Corleone (Al Pacino) takes his place at the  head of his powerful family and closes the door (literally, figuratively) on his wife, Kay. And you know what happens after that? Death, betrayal and a whole lot of tragedy (and oranges)—two whole more movies worth. As an introvert, my default in crisis is to push everybody away and go it alone. But I need my friends and family to guide me, especially if I’m about to make life choices as questionable as Mikey, here.

It is a hard-and-fast rule in romantic comedies that the love interests have to tell each other The Truth before they can get together. Whether that’s the truth about their secret identity, their past, their real feelings, or whatever, the Big Kiss only comes after the Big Vulnerability. Same thing goes with buddy movies, where friendship only happens after the characters are open with each other.

It’s true in movies because it’s true in life. My friendships got 100% better after I finally stopped trying to pretend I was fine all the time, and started being honest. Which brings me to… 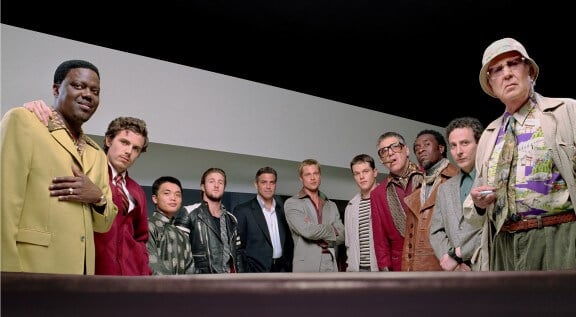 This one’s for you, Maux. The cast of Steven Soderbergh’s Ocean’s Eleven.

5. With the right team, you can do anything.

Another obvious one, I know, but like I said, I’m a pretty extreme introvert, and it’s taken me a while to wake up to the perks of having a posse. I’ve got mine now: A strong, time-tested cadre of uber-loyal friends that I’d do anything for. Even, probably, rob a casino. If they really, really needed me to. For, you know, moral reasons.

BFFs 4ever! Sam and Frodo in Peter Jackson’s The Lord of the Rings: The Return of the King.

6. Know when to be the plucky best friend, not the lead.

As they say, everyone is the star of their own life…which means we’re also side characters in a whole lot of other people’s stories. It’s important for me to practice stepping out of the spotlight and playing those supporting roles with gusto. Even if it means going to Mordor. In which case, the best friend gets a chance to be all dramatic, too.

7. If something is exploding behind you, walk slowly away and don’t look back.

I was just going to leave it at that to try to be funny, but then I realized even this movie lesson could have a deeper meaning: We’ve all got burning piles of mistake-rubble in our past (and if you haven’t, you will). It’s best to leave those smoldering disasters slowly and deliberately—so we’ve got time to learn from them—and then never look back. Keep moving forward, forgive yourself, and forgive your past.

“My hand does nawt shake.” Leonardo DiCaprio in Martin Scorsese’s The Departed.

You know what makes a great movie? Somebody who stares their fear down. You know what makes a really boring movie? Somebody who runs away from their fear to binge-watch Netflix and eat Trader Joe-Joes. I’ve definitely done my share of the second. I’m learning to do the first. For some reason, when I’m trying to psych myself up for doing something that scares me, it helps to watch The Departed. I think it’s because William Costigan (Leonardo DiCaprio) faces his fear again and again. Also, the Boston accents are strangely hypnotic. Weird, right?

When watching movies, all I need is the faintest glimmer of light—say, the way Cuarón’s Children of Men ends (I won’t spoil it, watch it)—to walk out of the theater feeling hopeful. I’m trying to do the same in real life, to find the slivers of redemption that help me keep believing I’m living an ultimately good story.

As much as I love watching, discussing, writing and learning to make movies, real life will always trump what’s up on screen. It’s like what Cobb (Leonardo DiCaprio, again) says to the dream version of his dead wife in Inception: “…I can’t imagine you with all your complexity, all your perfection, all your imperfection. Look at you. You are just a shade of my real wife. You’re the best I can do; but I’m sorry, you are just not good enough.”

Films are shades of the real thing. Helpful shades, inspiring shades. But the best movies refuse to let us stay hiding in the dark. Instead, they push us back out of the theater into the harsh light of reality…to practice what we’ve learned from them.