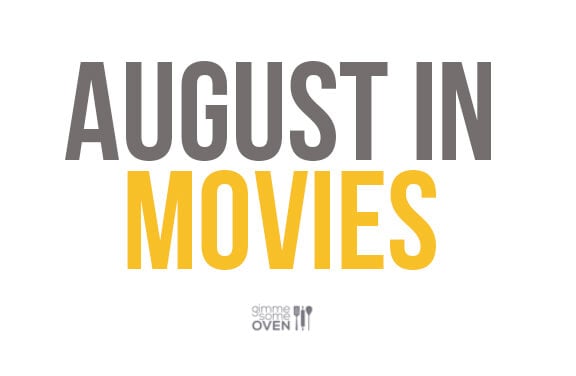 We’re still in the thick of Big Movie summertime. For a nice palette cleanser between action flicks, here are four iconoclastic sleeper hits not to miss in the glare of the blockbuster season.

One is a dark Irish comedy-thriller with some deep questions at its heart. One is a heart-wrenching documentary that will most likely make you a more empathetic person (at least it did that for me). One infuses the standard rom-com structure with a whole lot of weird. And one dispenses with anything standard entirely and goes all out for absurd.

It’s a rare dark-comedy-slash-thriller that has at its heart this sentiment: “I think forgiveness has been highly underrated.” Calvary has deep theological/spiritual implications hidden under moodily stylish direction, smart dialogue, black Irish humor, and suspense. Brendan Gleeson plays a priest doing his best to serve his small town. An anonymous man in the confession box announces that he’s going to kill the priest, giving the Father a week to try to figure out who is threatening his life…and try to change his mind. It’s a shocking, unique film. If you can, bring your best conversation partners with you to process it afterward.

Rich Hill is a moving documentary about three boys living in poverty-stricken, small-town Missouri. This film has stayed with me since I first saw it in February. It humanizes abstract ideas of poverty, income inequality, unemployment, and the criminal justice system. It’s remarkably intimate—a testament to the trust cousins/directors Andrew and Tracy built with their subjects. Watch it (as a companion piece to Linklater’s fictional Boyhood, perhaps?), then go to their website to find out how the boys are doing now.

The One I Love

It’s a smart rom-com. It’s completely original. It’s got a mystery. It stars two actors I adore. This movie was pretty much made for me. And you. If you like to be, you know, entertained. Mark Duplass and Elisabeth Moss play a couple whose marriage is in trouble. Their enigmatic therapist sends them on a weekend retreat designed to help them reconnect. Things get weird. Very, very weird. Don’t watch the trailer above if you like your twists completely twisty. (Stop watching around the 1:00 mark, and you’ll be fine.)

Written and directed by Ari Folman. Based on a novel by Stanislaw Lem. Starring Robin Wright, Harvey Keitel, and Jon Hamm. Limited opening on August 29.

Speaking of mind-benders, let’s return to a movie I mentioned back in April: The Congress. This live action/animation hybrid is finally getting released after touring festivals for a year or so. I can’t compare it to anything else I’ve ever seen. I’m not even sure I liked it…but I was definitely intrigued and captured. Four months later, I’m still thinking about this cah-razy film. Robin Wright plays a version of herself, an actress who makes a career decision that sends her down a Alice-in-Wonderland-but-darker rabbit trail into a strange world of corporate control, alternate reality, and never-ending quests. Prepare to ooooh, ahhh, and whaaaaaa?

And If you’re whaaaa-ing a bit too much, consider this director’s note from Folman, shared on the film’s website: “The Congress is primarily a futuristic fantasy, but it is also a cry for help and a profound cry of nostalgia for the old-time cinema we know and love.”

What are you seeing in August?