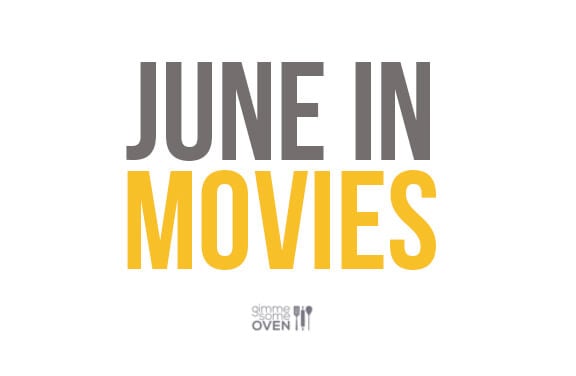 Today, Sarah is back with us to talk about June new releases, including The Fault In Our Stars, Edge of Tomorrow, Obvious Child and more.  So read on for what she has to say, and be sure to check back and share your thoughts once you see these flicks.  We’d love to hear your thoughts!

The summer movie season has officially begun, which means June new releases have something for every kind of film-goer right now. The diverse films that I’ve gotten to have drama, action and comedy audiences covered. There’s a funny and poignant teenage love story based on a very popular YA novel…for those of us who don’t mind crying in public. There’s a smart and self-aware sci-fi stunner…for those of us who love well-done blockbusters. And there’s a crudely sweet indie rom-com…for those of us who like our snickers served with a side of sensitivity.

Read on to be ready for June’s coming-soons! 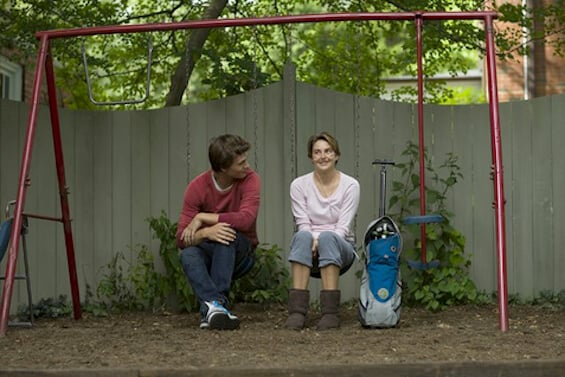 The Fault in Our Stars

I admit I wasn’t too keen on this book premise. Two articulate teenagers fall in love? And there’s CANCER? Not my thing. But author John Green’s potent combo of humor, anti-sentimentalism, and plain-spoken profundity got me. I read it all in one sitting—with a few crying breaks.

Fans of the book can relax: The screenwriters (500 Days of Summer, The Spectacular Now) and the director (Stuck in Love) deliver a faithful adaptation. Shailene Woodley, bare-faced and remarkably vulnerable, charms and challenges as Hazel. Ansel Elgort, as Gus, was a little too smug for my taste in the beginning. But then he won me with one look, when all his confidence drops off his face at just the right moment, revealing wonderstruck puppy love in its purest form.

The only off notes were literally notes: The score went overly sappy when the book stayed balanced. It’s a small complaint. The Fault in Our Stars is a well-made and memorable meditation on the meaning of love that will appeal far beyond its teenaged fanbase. 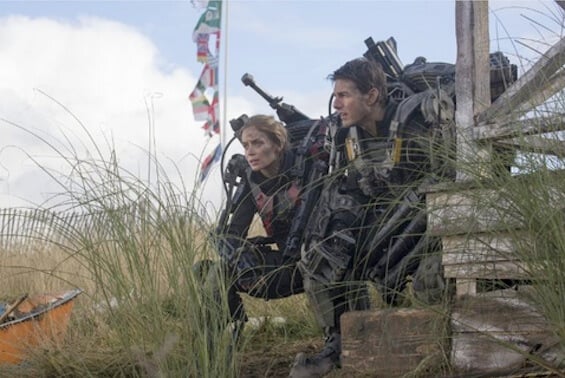 Directed by Doug Liman. Screenplay by Christopher McQuarrie, Jez Butterworth, and John-Henry Butterworth. Based on the novel All You Need is Kill by Hiroshi Sakurazaka. Starring Tom Cruise and Emily Blunt. Opens June 6.

Oh, this movie is FUN. It’s everything I want in a summer blockbuster: A smart but not overly wrought premise. Action that drives the plot forward, not stalls it. Stakes that rise and rise and rise until I have to write “How, how, how are they going to get out of this?” in my little movie notebook. Plus, Edge of Tomorrow has a ridiculously strong female lead in Emily Blunt’s Rita. (I’ve long wanted Blunt to be my best friend; now I want her to be my personal trainer, too.) And the film plays around with some of the blockbuster genre’s gender-stereotypical tropes: see the gender reversal in the obligatory bandaging-up-the-heroes wounds moment.

I kind of loved this movie, people.

I don’t want to tell you too much about the story, but I will say that smart directing and editing kept what could have been a laborious time-related construct quick and clever. Not surprising, considering Liman directed The Bourne Identity and Mr. and Mrs. Smith, two action movies with similarly intelligent and efficient storytelling.

The film’s genius is also in the punishing predicaments it presents Tom Cruise, an actor who needs to work his way back into our hearts, after a few years of bad press and disappointing films. Work he does. And so does his character, who has one of the most satisfying arcs I’ve seen in a sci-fi action flick. Edge of Tomorrow gives us permission to root for Cruise again, which feels like coming home to this Minority Report, Mission Impossible, and A Few Good Men fan.

If you’re a blockbuster lover, get yourself to an opening weekend show with a packed theater. I promise you’re going to have a great time. 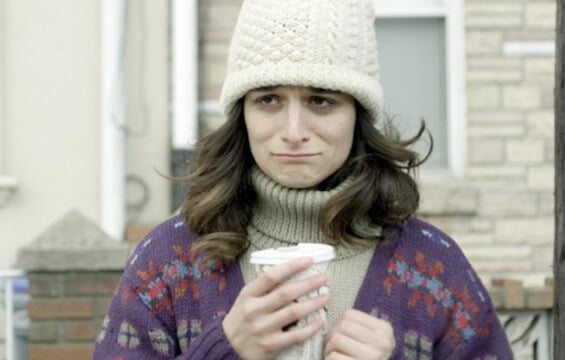 This film is very funny. It’s sneakily moving. And it deals with abortion. You should know that right up front. It’s not a political film, and it doesn’t make arguments for or against the procedure. It just tells the story of Donna (Jenny Slate), a girl-child stand-up comedian who has a lot of jokes to tell and a lot of growing up to do. It is original, irreverent and oddly real-life for a movie with such a density of quips. It’s also surprisingly confident and tonally balanced, considering it’s writer/director Robespierre’s first feature. I saw Obvious Child at Sundance a few months ago and really liked it. If you’re ok with the weighty subject matter and occasional crudity (from a refreshingly female POV), and it’s playing in your town, see this film. Because it’s like nothing else out there right now.

22 Jump Street (June 13)
I saw the 21 Jump Street relaunch at SXSW a couple years ago with Channing Tatum and Jonah Hill sitting a few rows behind me, in full police getup. So I have a soft spot in my heart for this smartly big-dumb-fun franchise.

Hellion (June 13)
I tried multiple times to see this well-reviewed coming-of-age indie at Sundance (with Aaron Paul as a struggling father), and failed. You know I’m not missing it this month!

How to Train Your Dragon 2 (June 13)
I liked the first one’s solid storytelling and thrilling animation. Got high hopes for the second.

Snowpiercer (June 27)
South Korean director Joon-ho Bongs’ films (The Host, Mother) have been haunting my Netflix queue for a few years now. Maybe if I see his new one—stocked with a deep roster of good actors including Chris Evans, Jamie Bell, Tilda Swinton, and Octavia Spencer—I’ll get to his old ones.

They Came Together (June 27)
It stars Paul Rudd and Amy Poehler. It’s a rom-com satire. I’m there.

What’s are your June movie priorities?

2 comments on “June in Movies”