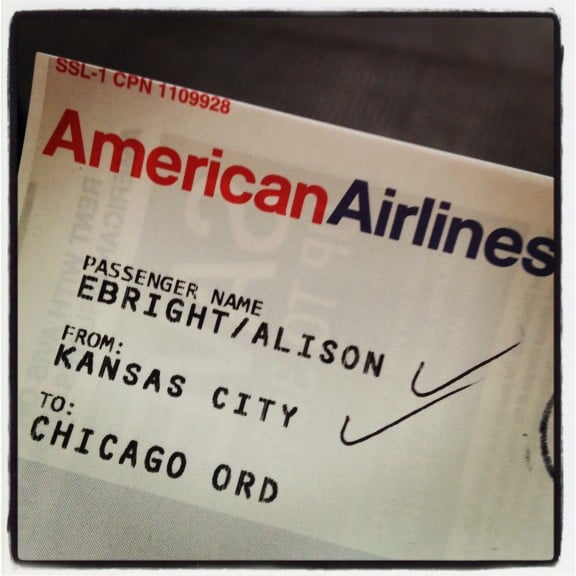 Our family took off to Chicago for Thanksgiving this year to visit my sister and brother-in-law.  Although apparently we picked the one morning that all flights were cancelled due to heavy fog!  Thankfully AA was on the ball and immediately rebooked our tickets, so we made it in later that afternoon… 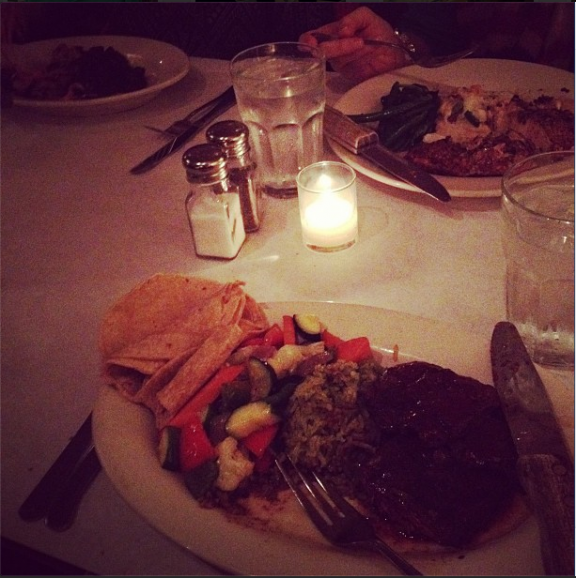 Sarah and Jeff just moved to Chicago in August, so it was fun to see their place and explore their neighborhood a bit. We went to a classy little Cuban restaurant around the corner for dinner the first night. YUM. 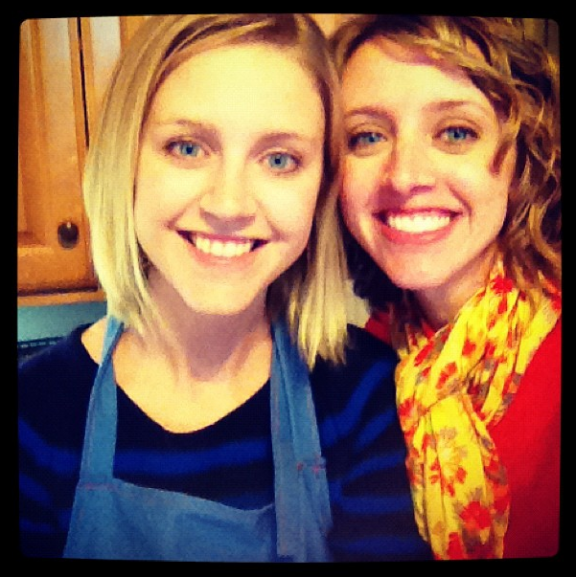 After a relaxing evening, the alarm clock went off at 6am the next morning (ugh) so that Jeff could get started on the sourdough bread (yum).  So if we look bright and shiny in the pic, you can thank the coffee! 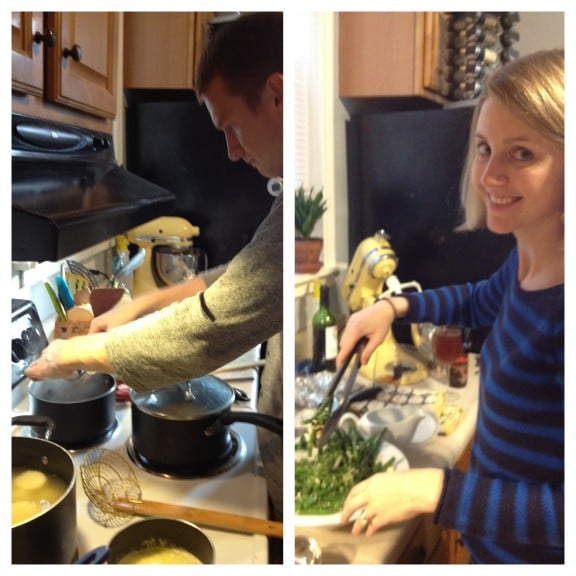 Over the past few years, Sarah and Jeff have taken the reigns at Thanksgiving.  And as someone who cooks every day of the week, I’m all for it!!!  Was more than happy to be their sous-chef, and snack on Sarah’s homemade na’an and hummus while they cooked up a storm. 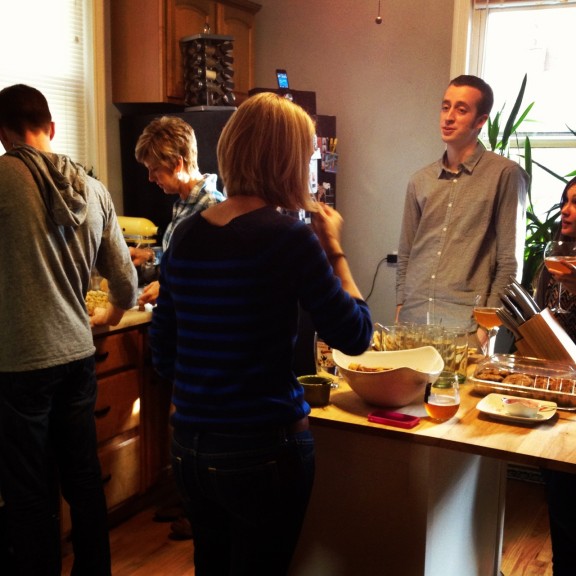 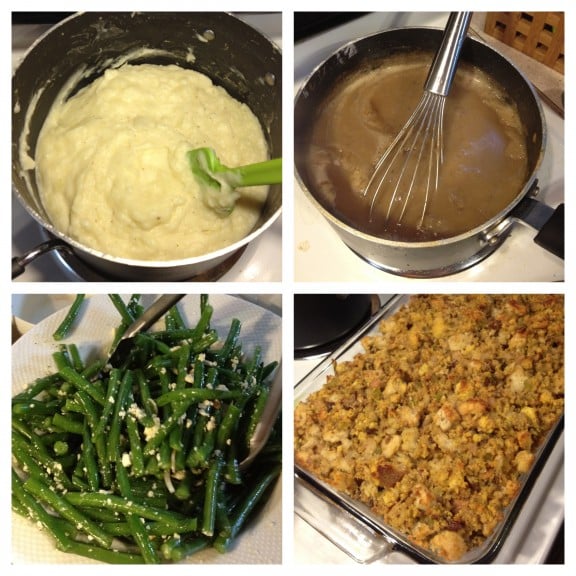 The meal this year was incredible.  But, believe it or not, this food photographer completely forgot to take a picture of THE TURKEY (which had a lovely pomegranate-mustard glaze). Here are a few favorites though — creamy mashed potatoes, super-awesome gravy, blue cheese and cranberry green beans and the famous family stuffing. 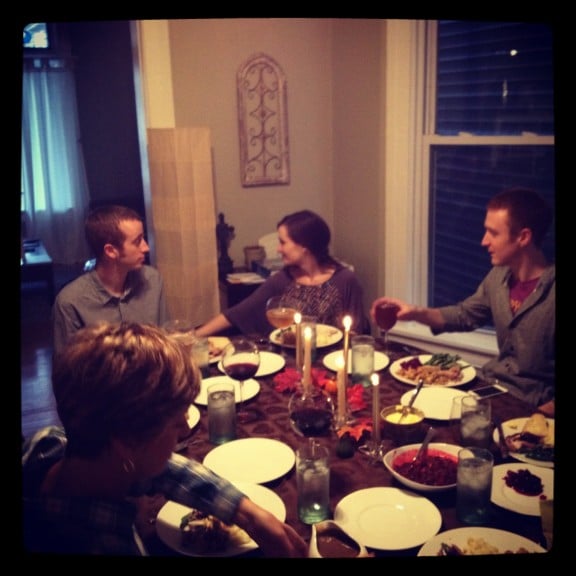 One cool holiday surprise was getting to meet the guy who designed the new Gimme Some logos — Jeff’s cousin, Jordan! He and his delightful fiancee spent the day with us. Fun couple!! 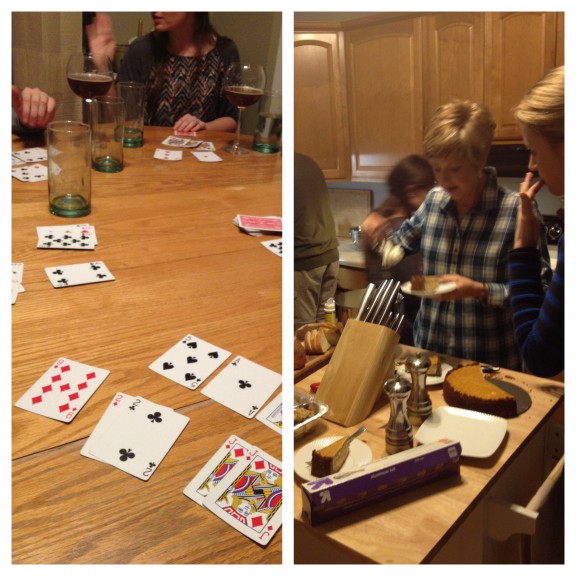 After dinner highlight reel: rummy, pumpkin cheesecake, Jeff’s homemade beer, and the entire family somehow getting sucked into watching “The Blind Side” on TV (and subsequently tearing up). 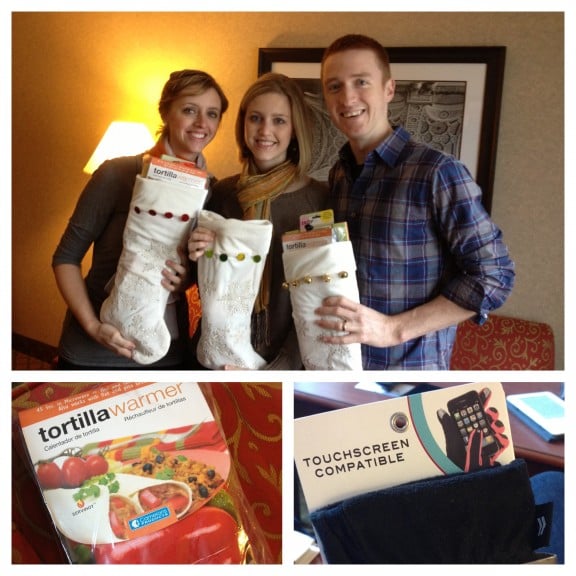 The next day when we took the train in to pick up my parents at their hotel, we found that “Santa” came a little early since this is the first Christmas that we will all be in different states (or continents) on the 25th. Clearly, Santa gifts tend to the more “practical” side in our old age… 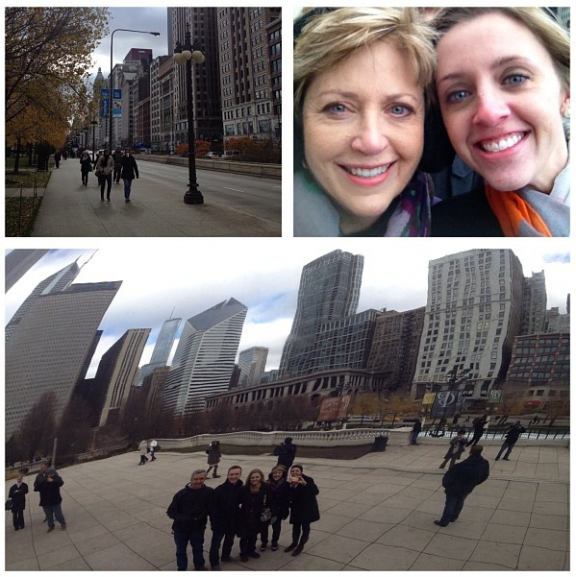 We admittedly didn’t spend much time doing the tourist thing — partly because we’ve done it before and were all just wanting to relax, and partly because it was FREEEEEZING. Like, crazy cold.  But we did pop by The Bean, and walked around downtown for an hour or so before giving up and heading back into the warmth of the Great Indoors. 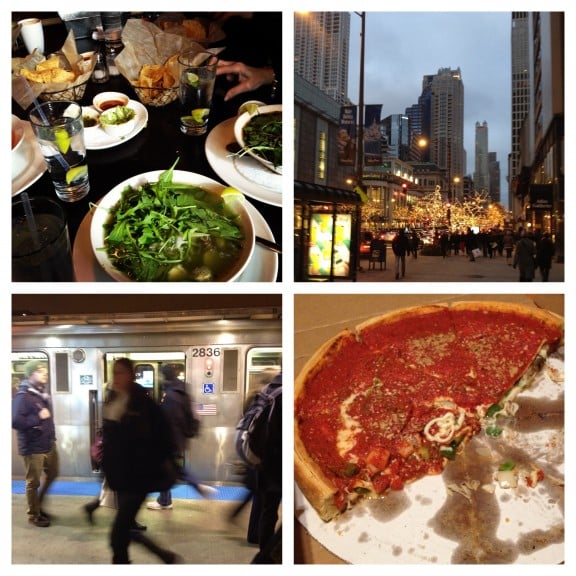 More Chicago: XOCO for lunch (stunningly good), freezing our tails off downtown and on the trains (although it was beautiful), and “Chicago-style” pizza for our dinner-and-an-80’s-flick night. 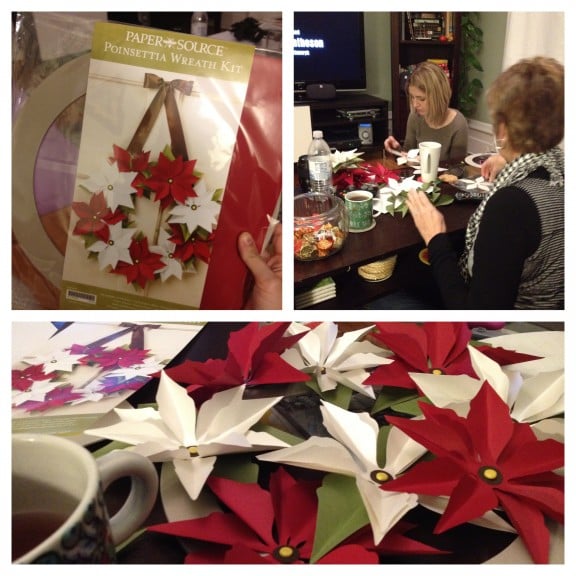 We even got our “craft” on. Mom brought Sarah and I little wreath kits from Paper Source – aren’t they cute? 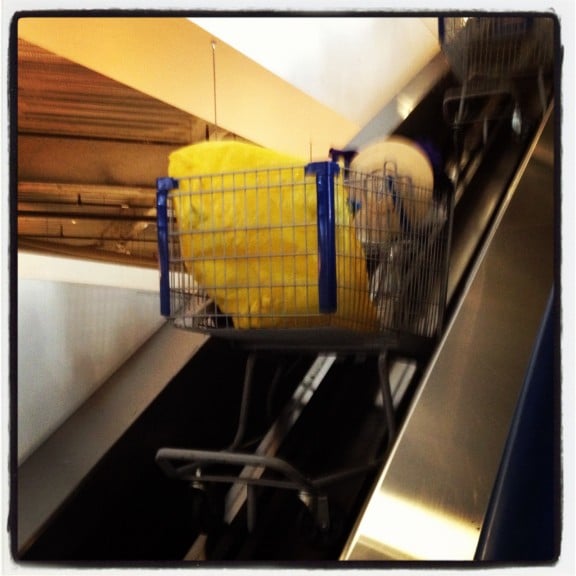 Somehow I managed to completely forget to take pictures the final day.  But after a lazy morning, we did stop by the one and only store with cart elevators…and then did some artful packing trying to cram a few small purchases into our carry-ons.  (Success!) 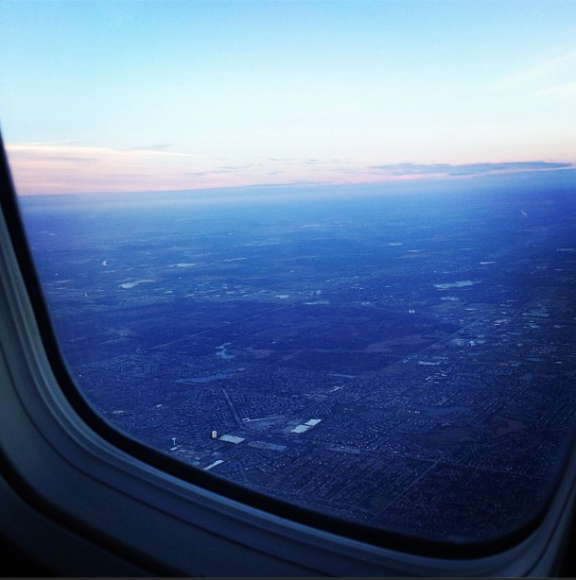 Finally bid farewell to Chicago and one another, and headed back to KC.  Lucked out and flew in at sunset. Breathtaking. 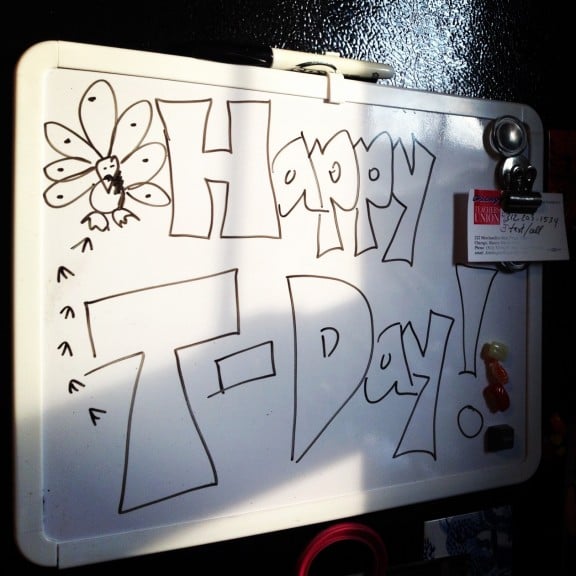 That was my Thanksgiving!  Hope that you had a good one with those you love!  :)

8 comments on “thanksgiving in chicago.”