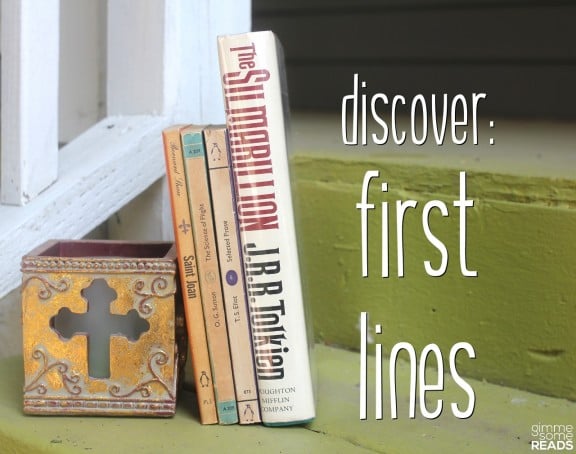 First lines, like first meetings, are fascinating to ponder. As a fairly observant person who can decently register the inner nature as well as the outer nature of something, I can often quickly determine how I will feel about a person or a work of art. But there are always surprises.

Sometimes, I’m thankful that someone or something pushed me past my initial take to discover the hidden beauty I would’ve otherwise missed. And sometimes looking back, I’m amazed that I sensed what I couldn’t see — knew the significance of a seemingly mediocre introduction.

Now, in the third week of this first-lines adventure through my bookshelves, I’ve noted two things thus far: An astounding first line is a rare thing. And, my favourite books don’t always have the best first lines.

This week I have the first lines from four books whose titles begin with S.

1. The Silmarillion by J.R.R. Tolkien:

“There was Eru, the One, who in Arda is called Ilúvatar; and he made first the Ainur, the Holy Ones, that were the offspring of his thought, and they were with him before aught else was made.” 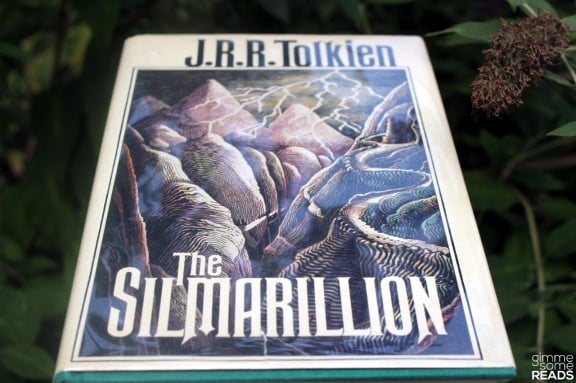 If you are a fan of Tolkien’s Lord of the Rings trilogy, then it’s worth reading The Silmarillion. It is more history book than novel (though it is, of course, fiction), so it can be harder to get through, but it provides a fuller view of both Middle Earth and the brilliance of Tolkien.

My friend, Nathan, was kind enough to give me this [American] first edition copy!

“From time to time, every hundred years or so, it is desirable that some critic shall appear to review the past of our literature, and set the poets and the poems in a new order.” 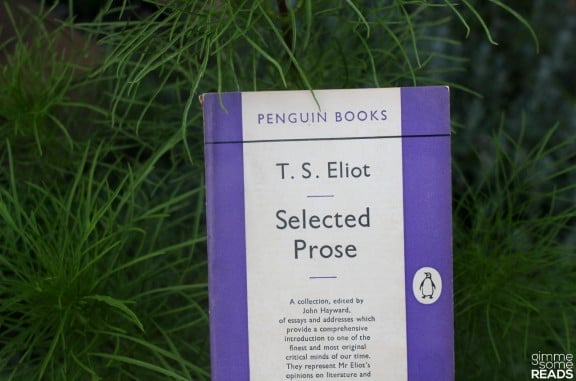 Penguin Books and T.S. Eliot? Be still my heart. I may not be a big nonfiction fan, but I had to buy this when I found it in Blackwell’s used books section, whilst visiting Oxford last December. And one of these days, I will read further than this first line to better know the prosy side of Eliot. But for now, I’ll probably just reread his Four Quartets for the umpteenth time.

3. The Science of Flight by O.G. Sutton:

“Aerodynamics is the science which records, analyses, and makes amenable to calculation the complex phenomena on which flight depends.” 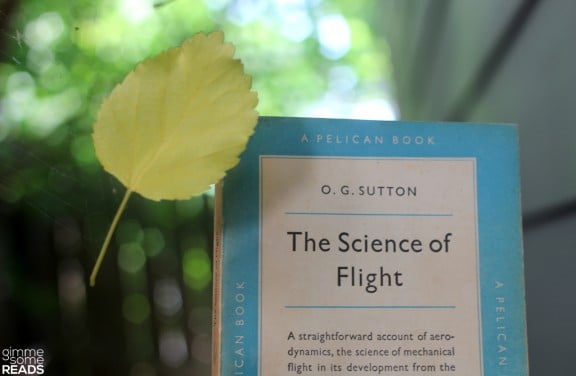 Another one I had to get simply because it’s a Pelican (cousin to Penguin…as far as Books go). I don’t foresee ever reading this…but who knows.

I did have the most fun photographing this one. I was checking behind my garage and this yellow leaf caught my eye. When I went inside to grab my camera, I decided to also grab this week’s four books, knowing a bit of “flight magic” would pair perfectly with Sutton’s science. 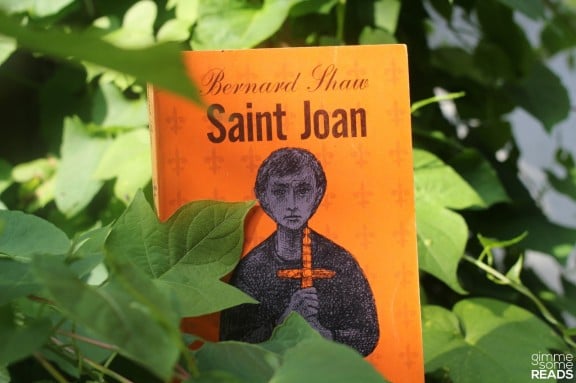 Ha! That first line was completely unexpected. I know of George Bernard Shaw more than I know his writings. In college, I had to read one or two of his plays, but they didn’t really leave a mark on my memory. However, I feel like I’m always stumbling across quotes that everyone says, which originated with him. And I couldn’t help snagging this book for fifty cents at an estate sale — both because it’s a Penguin (with an especially sweet cover!) and it’s about Joan of Arc — she fascinates me.

A few years ago I even did a Joan of Arc photo shoot with a few friends. Malina, costume-designer extraordinaire, wanted to portray a 1920s stage-version of Joan, and she picked Michelle as her muse. I got to photograph. 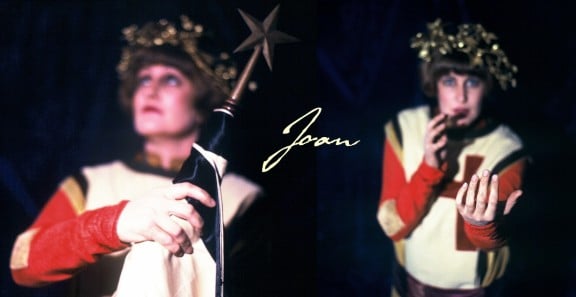 This is just a hint, you can see the whole set here.

Out of these four books, I’ve actually only read #1 (The Silmarillion); and though its opening story is one of the most beautiful depictions of creation (Eru, the One, creating the world out of a heavenly choir), among this batch of first lines it comes second to #4. To start any book with “No eggs!” is pretty intriguing, but a play on Joan of Arc? I was caught off guard, and definitely wanted to read more. Sláinte, Shaw! 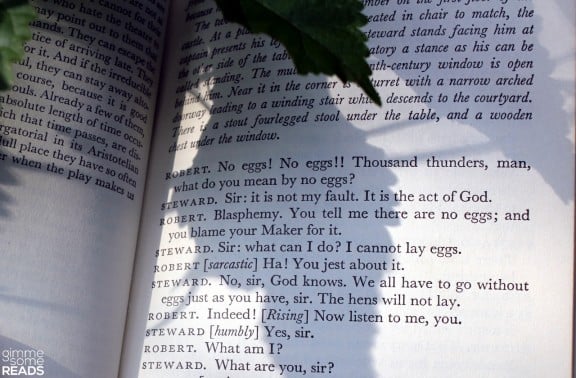 Page One of Saint Joan by George Bernard Shaw

Robert: No eggs! No eggs!! Thousand thunders, man, what do you mean by no eggs?
Steward: Sir: it is not my fault. It is the act of God.
Robert: Blasphemy. You tell me there are no eggs; and you blame your Maker for it.
Steward: Sir: what can I do? I cannot lay eggs.

What was your favourite first line
among your own four S books?

Have you been surprised by any discoveries
as you’ve checked first lines from your bookshelves?