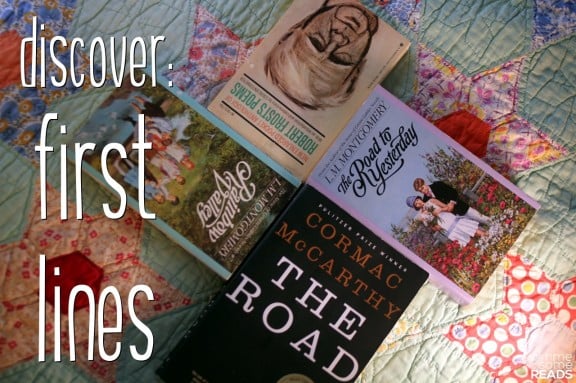 Sometimes I have to laugh at myself. Scratch that — I often laugh at myself. What set me off this time? When I started arguing with myself over whether two of my R books could be from the same author. Who cares, right? The original inspiration was [alphabetically ordered] randomness — that I simply grab the first four books I see, no judgments.

Well, this week it’s four whose titles begin with R — and yes, two of them are by the same lovely author. No worries. Though I will admit, I had a fleeting sense of embarrassment at posting these two L.M. Montgomery books simply because of their covers. The Brontë sisters would’ve revolted against covers like these; Montgomery’s books deserve better. 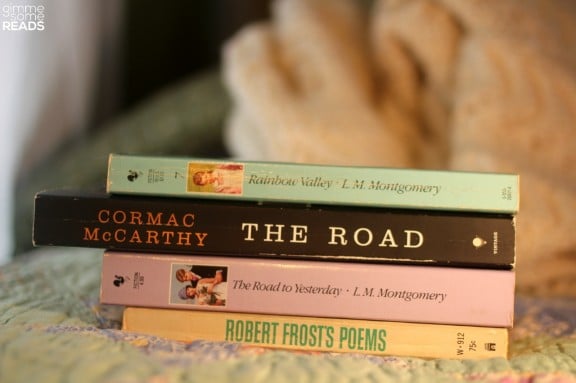 “The character, as well as the career, of Robert Frost gives the lie to the usual misconceptions of the poet.” 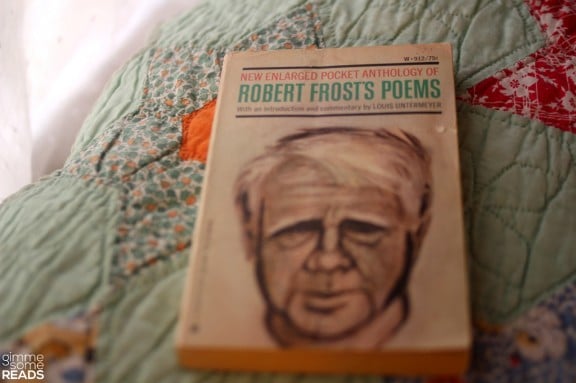 I’ve only read a few Robert Frost poems — you know the ones: Nothing Gold Can Stay, The Road Not Taken, Stopping by Woods on a Snowy Evening, among a few others. And though they’re so often quoted they could seem cliche, I still like them. But I’d never cracked this particular book open until now. I was a little annoyed when I realised the commentary continued throughout the book, but after a cursory flip through I was a little intrigued.

2. The Road to Yesterday by L.M. Montgomery:

– from the short story, An Afternoon with Mr. Jenkins 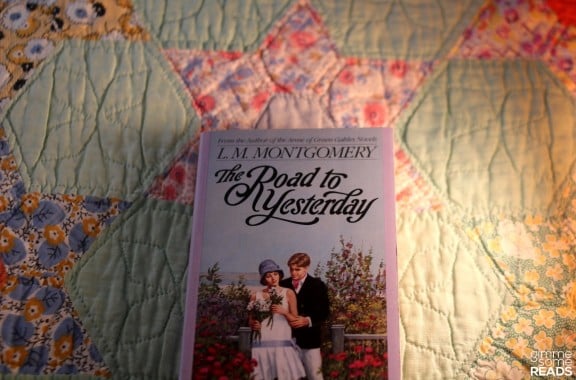 That was certainly not the first line I expected to read — but it’s no “No eggs!”

The Road to Yesterday is a book of short stories set in Prince Edward Island — supposedly a compilation of Anne and Gilbert Blythe’s favourite small town tales. I know I read it at some point in high school, but it doesn’t look like I read it more than once, and I can’t recall any stories. L.M. Montgomery is one of my favourite authors, but I definitely prefer her series over her short stories.

3. The Road by Cormac McCarthy:

“When he woke in the woods in the dark and the cold of the night he’d reach out to touch the child sleeping beside him.” 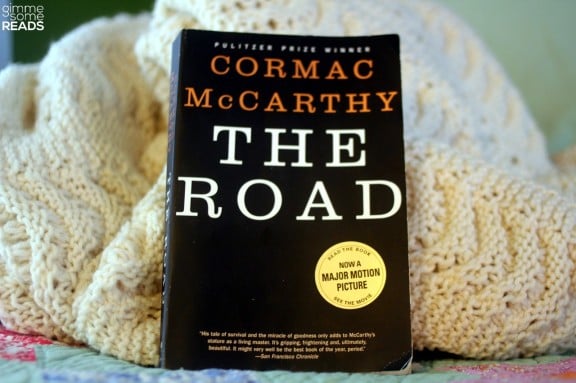 This book blew me away. The first time I read it was on a Monday morning (my day off at the time). It was cold outside. I made myself some tea, curled up in a chair and opened the book. I didn’t close the book until later that day when I was done. I can’t remember if I finished my tea, but I do remember I skipped lunch. If you haven’t read this yet, it’s worth considering. (And yes, this is coming from a girl who isn’t a fan of post-apocalyptic fiction.)

“It was a clear, apple-green evening in May, and Four Winds Harbour was mirroring back the clouds of the golden West between its softly dark shores.” 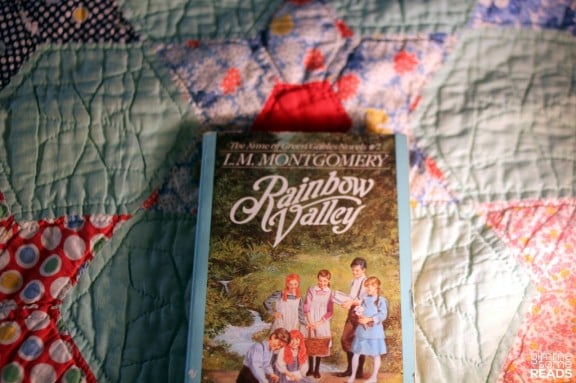 The seventh book in the eight-book Anne series, this is another one I know I’ve read, but can’t clearly recall. I’ve read the whole Anne series two or three times, but I think I’ve read the first three books more often than the whole series — plus there’s the movies; and they kind of go off the rails after the first few books.

I do remember trying to write like Montgomery when I was a kid — setting scenes with long descriptions of nature was one of my take-aways. I also wonder how much she influenced the way I see and appreciate the everyday. Her stories are filled with the beauty of ordinary moments. Did I love her books because I felt that way too, or did her books teach me to feel that way?

In this batch I’d read three of the four, though I only really remembered one. But I was surprised to find that I was most interested in the first line of the book I hadn’t read, the one I was initially annoyed with — #1. Though I loved The Road, and there’s nothing wrong with its first line, comparatively I was more curious as to what followed that first line on Frost. 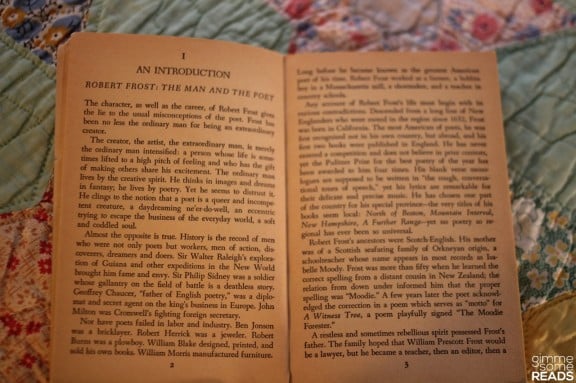 “The character, as well as the career, of Robert Frost gives the lie to the usual misconceptions of the poet. Frost has been no less the ordinary man for being an extraordinary creator.

“The creator, the artist, the extraordinary man, is merely the ordinary man intensified: a person whose life is sometimes lifted to a high pitch of feeling and who has the gift of making others share his excitement. The ordinary man lives by the creative spirit. He thinks in images and dreams in fantasy; he lives by poetry. Yet he seems to distrust it. He clings to the notion that a poet is a queer and incompetent creature, a daydreaming ne’er-do-well, an eccentric trying to escape the business of the everyday world, a soft and coddled soul.

“Almost the opposite is true. History is the record of men who were not only poets but workers, men of action, discoverers, dreams and doers.”

I love that description of an artist as being merely the ordinary intensified. Well done, Louis Untermeyer — I think I’ll read your commentary after all.

Which was your favourite first line?
What do you wish L.M. Montgomery’s book covers looked like?

→Kindle-editions available here: The Road and Rainbow Valley (and more!).