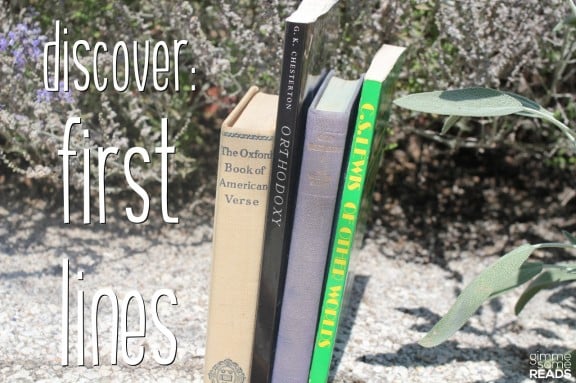 Now, we’re on to books whose titles begin with O. After randomly selecting my four, I immediately guessed my favourite first line would be from one of the slim paperbacks.

Chesterton or Lewis? Whose line will it be?

1. The Oxford Book of American Verse edited by Bliss Carman:

Tis of a gallant Yankee ship that flew the stripes and stars,
And the whistling wind from the west-nor’-west blew
through the pitch-pine spars;
With her starboard tacks aboard, my boys, she hung upon the gale;
On an autumn night we raised the light on the old Head of Kinsale.

This is an unresearched assessment, but from the poetry compilations I can recall, I rarely like the first poem — usually penned by an anonymous poet. This is one such example. Though there is something satisfying sounding about “pitch-pine spars,” I wasn’t pulled in to read further.

The only possible excuse for this book is that it is an answer to a challenge. 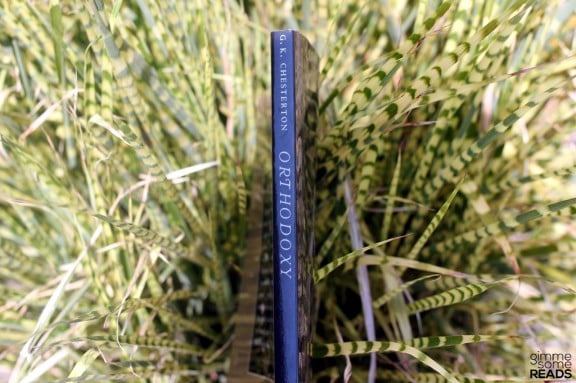 Oh, G.K. I love how he can both get right to the point, with an opening like this, and dance in ridiculous circles (The Man Who Was Thursday, anyone?). I’ve wanted to read this nonfiction classic of his for ages, and have it on my 2013 Reading List, which I am way behind on. One of these days, G.K.

“Most readers,” said the Manuscript of Mr Pattieson, “must have witnessed with delight the joyous burst which attend the dismissing of a village-school on a fine summer evening.” 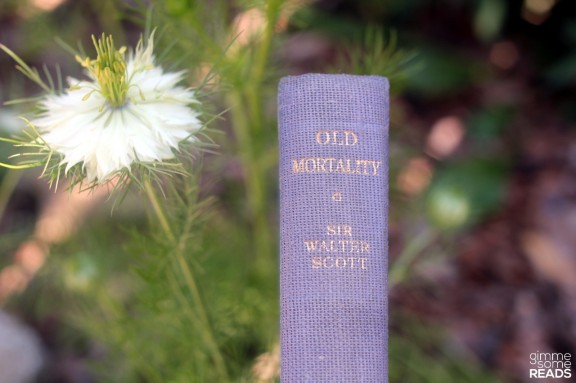 J.T. Christie’s introduction begins with: “In Old Mortality we find Scott at the height of his powers.” But that certainly isn’t apparent in the opening line, nor the opening pages (I scanned them briefly). Ivanhoe is the only Scott book I’ve read, and I remember liking it a lot — possibly because I already loved the story from the movie. His writing definitely has a slower pacing, so perhaps Old Mortality is one of his crowning achievements — I just don’t see it right off the bat.

For this post, I did the photo shoot before I read the first lines, so I took a picture of each book’s first page since I didn’t yet know which would be my favourite. Though I wasn’t particularly moved by this opening quote of Langhorne’s, I did love this photo of it paired with one of my favourite flowers — Love-in-a-Mist: 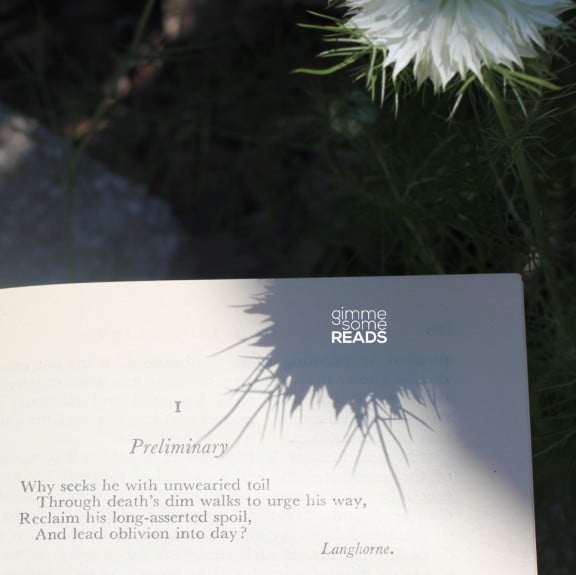 4. Of Other Worlds: Essays and Stories by C.S. Lewis:

It is astonishing how little attention critics have paid to Story considered in itself.

– from his essay, “On Stories” 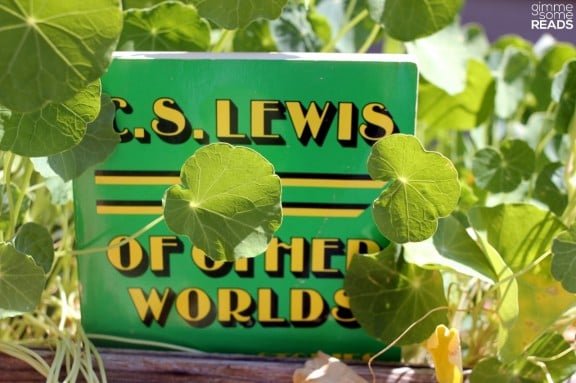 Haven’t read much (if any) of C.S. Lewis’s critical writing, outside of his Christian Life classics (Mere Christianity, The Problem of Pain, etc.). I think I’ve been remiss, and need to hunt down every last word the man wrote, and read it.

I’m definitely curious as to what he has to say about Story, with a capital S.

But though I do want to read more of Lewis’s essays on other worlds, the first line winner for this week is Chesterton:

The only possible excuse for this book is that it is an answer to a challenge. Even a bad shot is dignified when he accepts a duel. When some time ago I published a series of hasty but sincere papers, under the name of “Heretics,” several critics for whose intellect I have a warm respect (I may mention specially Mr. G. S. Street) said that it was all very well for me to tell everybody to affirm his cosmic theory, but that I had carefully avoided supporting my precepts with example. “I will begin to worry about my philosophy,” said Mr. Street, “when Mr. Chesterton has given us his.” It was perhaps an incautious suggestion to make to a person only to ready to write books upon the feeblest provocation. But after all, though Mr. Street has inspired and created this book, he need not read it. If he does read it, he will find that in its pages I have attempted in a vague and personal way, in a set of mental pictures rather than in a series of deductions, to state the philosophy in which I have come to believe. I will not call it my philosophy; for I did not make it. God and humanity made it; and it made me.

Oh sarcasm, wit, and the mystery of God. I definitely look forward to quality time with this book.

I’m also intrigued by the dialogue-like nature amongst writers in evidence here. There is probably more of that than I realize still today, but it seems more common in the past when books were published chapter by chapter in the newspaper (can you imagine the suspense??).

What was your favourite first line
among your own four O books?

→Kindle-editions available here: Orthodoxy, Old Mortality, and Of Other Worlds.