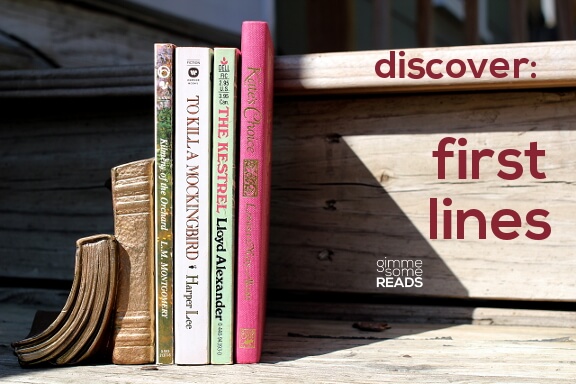 I wasn’t expecting to have trouble finding book titles beginning with K, but I had to hunt through my shelves to come up with these four — the only four I own. And yes, I do realize that technically, To Kill a Mockingbird would usually be considered a T-titled book. But, today it gets to stand with the Ks.

Let me admit up front that today’s first-line winner surprised me.

1. Kilmeny of the Orchard by L.M. Montgomery (originally published in 1910)

The sunshine of a day in early spring, honey pale and honey sweet, was showering over the red brick buildings of Queenslea College and the grounds about them, throwing through the bare, budding maples and elms, delicate, evasive etchings of gold and brown on the paths, and coaxing into life the daffodils that were peering greenly and perkily up under the windows of the co-eds’ dressing-room. 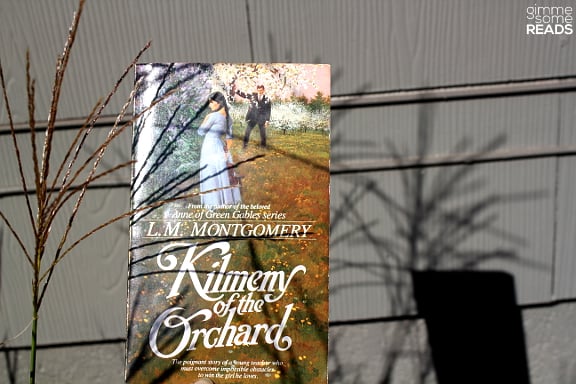 I love L.M. Montgomery. Her descriptions are so lush and precise, I feel like I’ve actually been to the places she describes. Her prose reminds me of Gerard Manley Hopkins‘s poetry — it’s as if she creates her own language and rhythm to somehow recreate images into words. As a child, I probably reread her books more than any other author — the Anne books and the Emily books, especially.

Kilmeny of the Orchard is a brief, quiet story of young love, hopes dashed, and haunting family secrets. It’s been years since I last read it; and though I don’t consider it one of my favourites, I do remember it fondly. I definitely like that name — Kilmeny.

…which makes me wonder what “of the” would I be if L.M. wrote a story about me?

2. To Kill a Mockingbird by Harper Lee (originally published in 1960)

When he was nearly thirteen, my brother Jem got his arm badly broken
at the elbow. 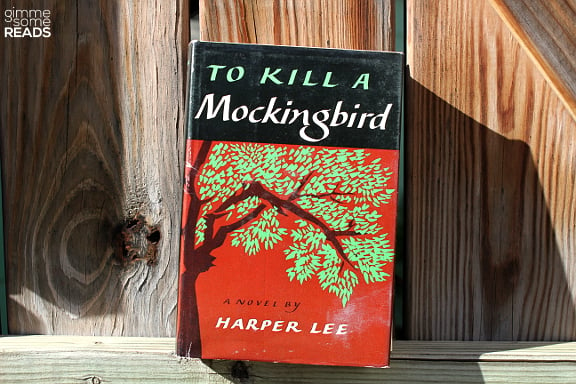 To Kill a Mockingbird by Harper Lee | © 1960 J.B. Lippincott Company

After my initial photo shoot for this post, I came across this sweet old hardback version at an estate sale. Yay!

On the back of the dust jacket it says, “The whole country is singing the praises of To Kill a Mockingbird,” and then lists quotes from Time Magazine, Washington Post, New York Times, and of all things — the Kansas City Star, which states: “Here you are, all you people who say that you are seeking contemporary fiction that stresses affirmative values.” Way to be snarky even back in 1960, KC.

Man. It’s been way too long since I read this book. I remember the first time I read it, being skeptical of its slow start — and then, by the end feeling a growing expansiveness in my soul. Books like this one, amaze me. And then, there’s the movie! It captured the book so well, it seems that no one wants to attempt remaking it — similar to Harper Lee never publishing another novel.

If you haven’t yet read this book, it is well worth your time. Watch the movie, too, but definitely read the book.

I like how they actually show the book in the trailer. I found one trailer that even had an added introduction with Gregory Peck talking specifically about the book. Wish this was done more often these days.

3. The Kestrel by Lloyd Alexander (originally published in 1982)

Spring in the Carla River valley was a matter of opinion. 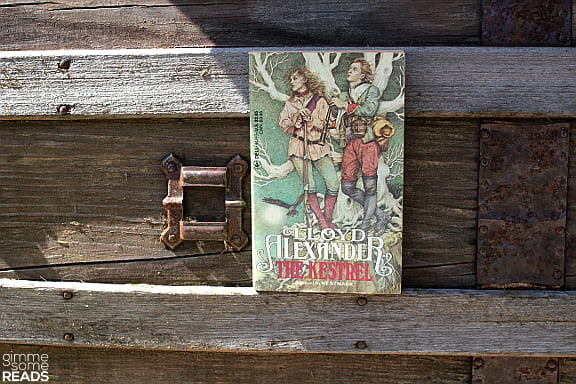 Now, that first line may not be one to grab you, but this is the second novel in one of my all-time favourite series — the Westmark trilogy. When I was ten years old, I named my first cat Theo after the main character. I used to check these books out from the library over and over again, until I finally got copies of my own.

A fantasy fiction adventure set in a British-type kingdom in a medieval-type time, Alexander creates great multifaceted characters and intricate plots. And weaves the deep questions of humanity through the story with such honesty that it’s easy to forget these are “just” characters in a made-up story.

These books probably had the biggest influence on me as a young writer. I so wanted to create a strong female character like Mickle and to address weighty matters with good storytelling — and knowing it was possible made it all the more frustrating when I couldn’t accomplish it.

If the first line and my comments aren’t spurring you on to read this yet, check out the dedication.

I love Lloyd Alexander. Start with Westmark (the first book in the trilogy), and when you’re done with this series, move on to The Chronicles of Prydain series, which includes the book The Black Cauldron. (Disney made an animated film with that title, which combined bits from several of the books in the series beyond just The Black Cauldron — and though it’s not totally accurate to the books, I still like it.)

I haven’t yet read this book, though I’ve had it for a few years, but I did learn a few quick facts from the editor’s “About the Author” section in the back of the book:

Though the opening line doesn’t necessarily grab me, I am curious about Alcott’s writing beyond the story of Little Women. It’s interesting how sometimes you read a book and immediately want to read everything else by that author, and other times you just keep reading that one book and don’t venture beyond it. I know I’ve read Jo’s Boys and I think I’ve read Little Men, but only once each — while I’ve read Little Women numerous times. Perhaps this story can be a stepping stone to her other works.

When I pulled the books for this post, I guessed that either To Kill a Mockingbird or The Kestrel would win, but it was actually the quiet L.M. Montgomery book that drew me to keep reading.

Probably didn’t hurt that further down the page I had previously underlined something, or that the weather outside was as beautiful as her description… 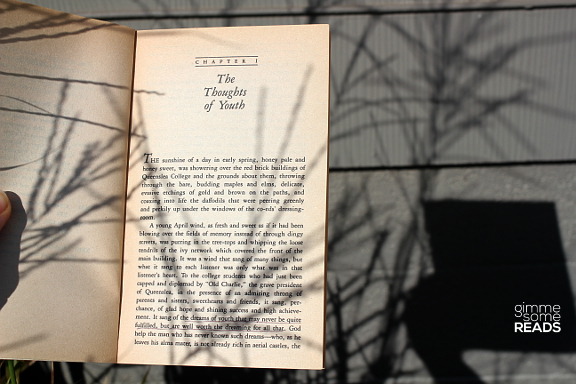 First Page of Kilmeny of the Orchard by L.M. Montgomery | © 1989 Bantam Books

The sunshine of a day in early spring, honey pale and honey sweet, was showering over the red brick buildings of Queenslea College and the grounds about them, throwing through the bare, budding maples and elms, delicate, evasive etchings of gold and brown on the paths, and coaxing into life the daffodils that were peering greenly and perkily up under the windows of the co-eds’ dressing-room.

A young April wind, as fresh and sweet as if it had been blowing over the fields of memory instead of through dingy streets, was purring in the tree-tops and whipping the loose tendrils of the ivy network which covered the front of the main building. It was a wind that sang of many things, but what it sang to each listener was only what was in that listener’s heart. To the college students who had just been capped and diplomad by “Old Charlie,” the grave president of Queenslea, in the presence of an admiring throng of parents and sisters, sweethearts and friends, it sang, perchance, of glad hope and shining success and high achievement. It sang of the dreams of youth that may never be quite fulfilled, but are well worth the dreaming for all that. God help the man who has never known such dreams…

One of these days I’m going to visit Prince Edward Island. I hope it’s even more beautiful than Montgomery’s portrayal of it.

What was your favourite first line
among your own four K books?