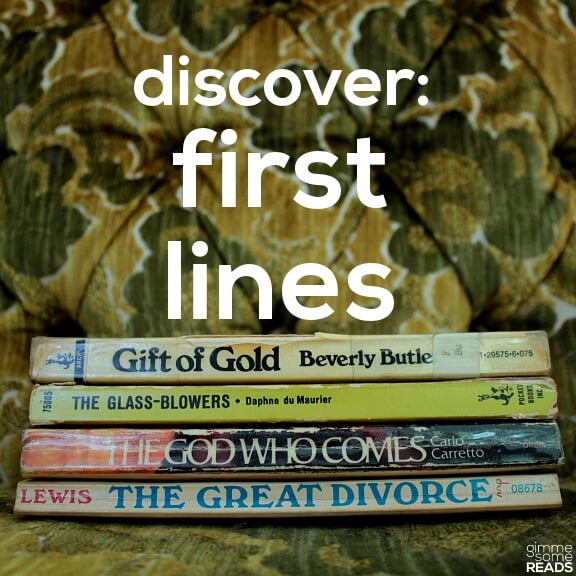 This fourteen-week {first lines} journey through my library has been intriguing: Reminding me of books I’ve read, and pointing out books that I’ve never before opened. Books I’ve loved surprising me with mediocre first lines, while books that I’d considered less interesting start out with a bang.

This week I found four books I have read (well, one I’ve only half-read), all of which were first published between 1945 and 1974. And this batch’s first line winner hinges on one surprisingly simple word.

I seemed to be standing in a bus queue by the side of a long, mean street. 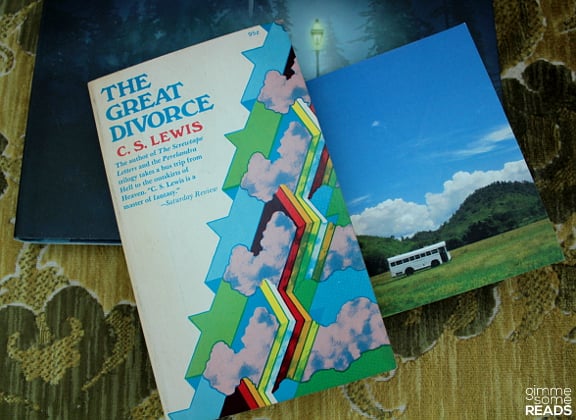 If you haven’t read this book, you should buy it right now and read it right now. Fascinating book — the type of book that marks a line in your life of “before I read this” and “after I read this.” Lewis was one of the first nonfiction writers I was willing to read, and that was because I loved his fiction so much. I’ve read Mere Christianity numerous times, as well as several other of his nonfiction works, but I still think his fiction takes his brilliance even further. The Great Divorce is evidence of that — profound truths that come to life amid interesting characters and a quirky plot — it’s a bus trip you’ll never forget.

2. The God Who Comes by Carlo Carretto (originally published in 1974)

God is always coming, and we, like Adam, hear His footsteps. 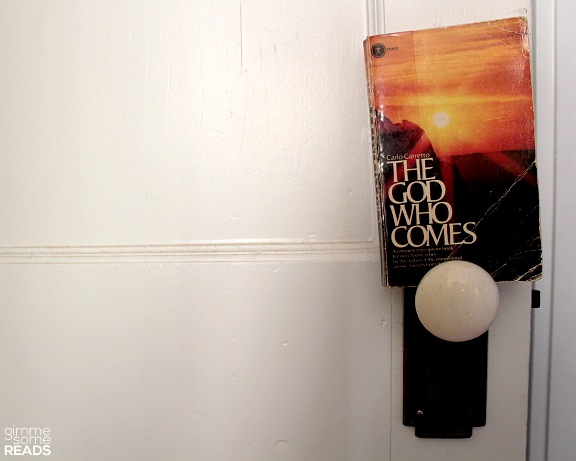 I came across a quote from this book during a planning meeting for my old job. It was the type of quote that makes you hunt down where it came from. The funny thing is, I can’t now remember which quote grabbed my attention. But, it led me to this book. I only got about half-way through before being distracted by some other book (it’s not a reflection on the book, that just happens with me & nonfiction books), but every few pages there are whole chunks that I underlined.

Definitely something that you can read in spurts, Carretto offers simple words layered with profound meaning. Written by a man who at 44, chose to live as a hermit in the Sahara Desert for ten years to contemplate and pray, you can see the results of that time in his writing. If you’ve ever read The Little Prince, this reads like a more spiritual nonfiction cousin to that book.

3. The Glass-Blowers by Daphne du Maurier (originally published in 1963)

“If you marry into glass,” Pierre Labbé my mother, his daughter Magdaleine, in 1747, “you will say good-bye to everything familiar, and enter a closed world.” 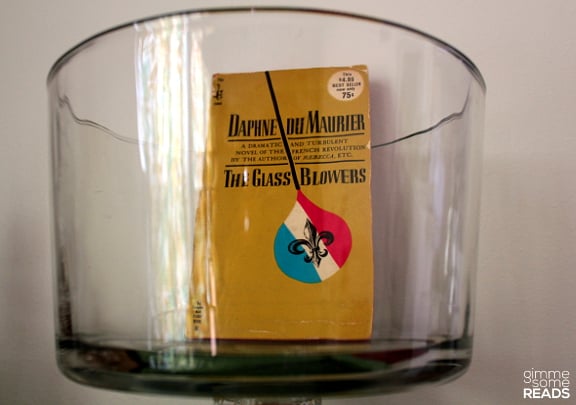 I picked this up, several years ago, just before a two-month trip to Ireland and the UK. I’d read du Maurier’s Rebecca and My Cousin Rachel, both of which I liked, so when I saw this sweet paperback for half off 95 cents, I snatched it up. Set during the 18th century around the time of the French Revolution, du Maurier writes a fictional account of her glass-blowing ancestors.

More of a historical fiction than her typical thriller, this book reads even slower than some of her other books; but though it doesn’t build on the suspense of a mystery, it does build on the drama of family and revolution. Not necessarily my normal kind of book, I was nevertheless glad to have read it by the end, and certainly felt like I knew more about history and the French culture than I had previously. So, though I wouldn’t rush out to get this book, it’s certainly worth putting on your to-read list.

4. Gift of Gold by Beverly Butler (originally published in 1972)

Robins were chirping among the campus oaks as if it were still midsummer, but it wasn’t the September sun pouring in through the third-floor therapy room window that was raising the film of moisture on Cathy Wheeler’s upper lip. 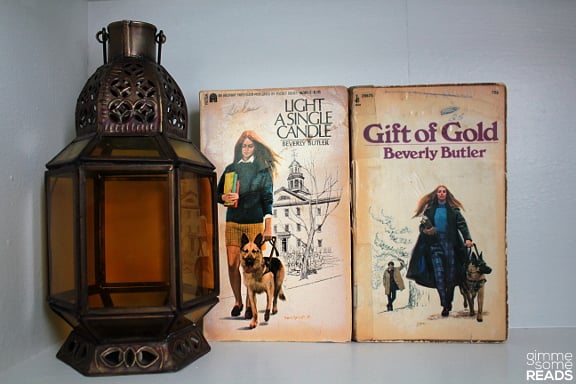 Oh, man. I got these books at a library sale when I was in junior high. I remember being caught by the titles, the girl’s long red hair, and the dog. Light a Single Candle is the first book, and within the first few pages or the first chapter, Cathy goes blind. I was probably twelve when I first read it, and for years I was paranoid that I was going to go blind, too. Anytime things looked fuzzy, I thought — well, guess this is it; I’m gonna wake up blind tomorrow. Thankfully, I continued to wake up with my eyesight intact.

I don’t remember much about the books, but I liked them, and was impressed with Cathy’s determination. Now, I am intrigued by the fact that Light a Single Candle (1962) was written ten years prior to Gift of Gold (1972); what makes an author decide to return to a character and write a sequel so many years later?

So, this week, I was captured by the word “seemed.” Not necessarily an exciting word, but by using it, I immediately wonder, why it was chosen rather than a simple statement of fact — why “I seemed to be standing” rather than “I was standing”? And so, Lewis pulls me into his fantastical story of a bus ride to heaven. 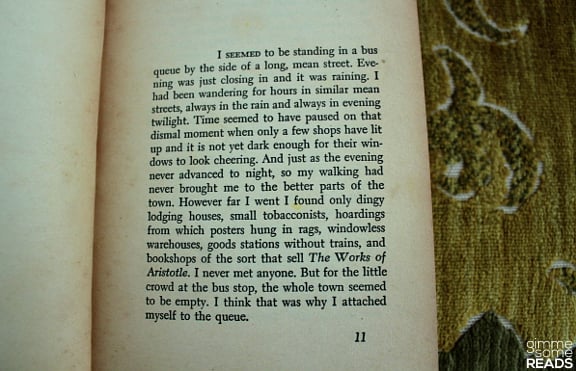 First page of The Great Divorce by C.S. Lewis | © 1972 The Macmillan Company

I seemed to be standing in a bus queue by the side of a long, mean street. Evening was just closing in and it was raining. I had been wandering for hours in similar mean streets, always in the rain and always in evening twilight. Time seemed to have paused on that dismal moment when only a few shops have lit up and it is not yet dark enough for their windows to look cheering. And just as the evening never advanced to night, so my walking had never brought me to the better parts of the town. However far I went I found only dingy lodging houses, small tobacconists, hoardings from which posters hung in rags, windowless warehouses, goods stations without trains, and bookshops of the sort that sell The Works of Aristotle. I never met anyone. But for the little crowd at the bus stop, the whole town seemed to be empty. I think that is why I attached myself to the queue.

The darkness and the main character’s bewilderment bring to mind T.S. Eliot’s The Love Song of J. Alfred Prufrock and G.K. Chesterton’s The Man Who Was Thursday, both of which I also love.

As Lewis states, “You can’t get a cup of tea big enough or a book long enough to suit me;” so, don’t miss your chance to enjoy a novel cup of tea:
» Enter the Literary Tea Giveaway.

What was your favourite first line
among your own four G books?