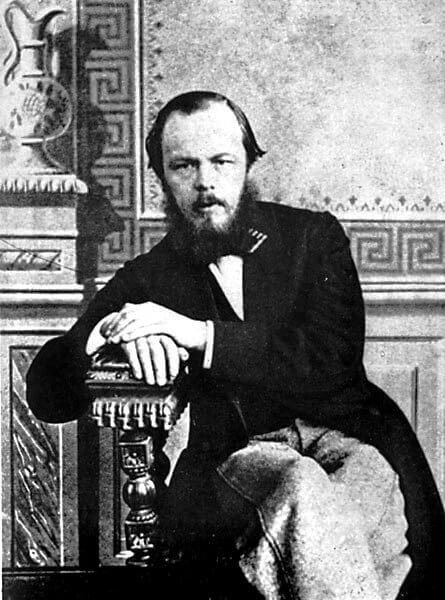 Today in 1821, Fyodor Dostoevsky was born in Moscow. One of the great Russian writers, his first novel, Poor Folk, was published in 1846 when he was just 25.

Shortly after, in 1849, he was arrested for supposed conspiracy against the government, he and his fellow “conspirators” were sentenced to death, but received a stay of execution at the very last moment from the tsar. He was instead sentenced to exile and hard labour in Siberia until his release in 1854. Classified as especially “dangerous,” Dostoevsky’s hands and feet were shackled the entire time of his imprisonment.

Dostoevsky’s most famous novels were written after his Siberian exile:

A man who truly experienced the heights and depths of life, it’s not surprising that his writing carries a weight and a keen insight into the human mind and heart. At just 18-years-old, Dostoevsky wrote this to his brother:

Man is a mystery: if you spend your entire life trying to puzzle it out, then do not say that you have wasted your time. I occupy myself with this mystery, because I want to be a man.

Dostoevsky died the year after his greatest work was published. I teared up when I found out that not only was he buried near his favourite poets, Karamsin and Zhukovsky, in the Tikhvin Cemetery at the Alexander Nevsky Convent; but also, his tombstone is inscribed with the biblical lines that begin Dostoevsky’s Preface to The Brothers Karamazov:

Verily, verily, I say unto you,
Except a corn of wheat fall into the ground and die, it abideth alone:
but if it die, it bringeth forth much fruit.
— Jesus, from John 12:24

Though The Brothers Karamazov is by far his longest novel, and is by no means a quick read, it is so worth the time to read it. Certainly an amazing final piece of writing to offer the world before you die. 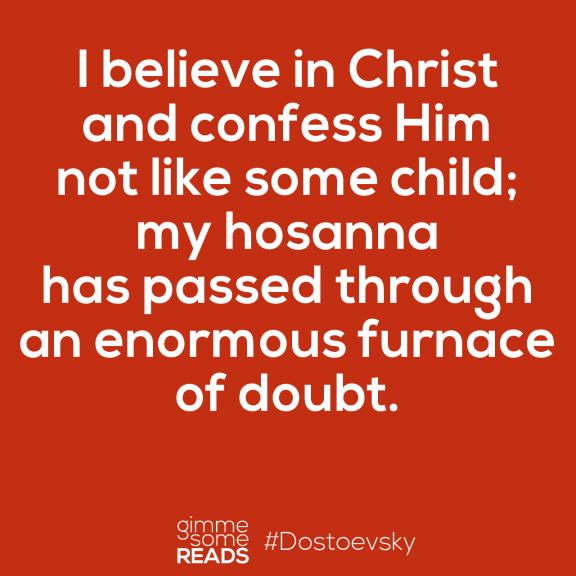 from Crime and Punishment: 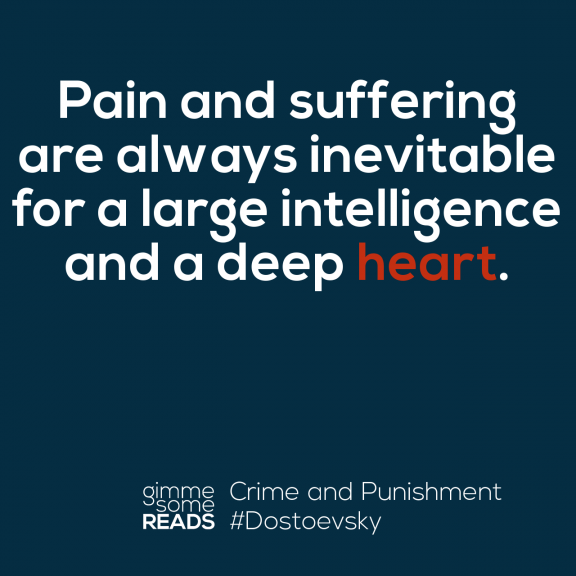 from The Brothers Karamazov: 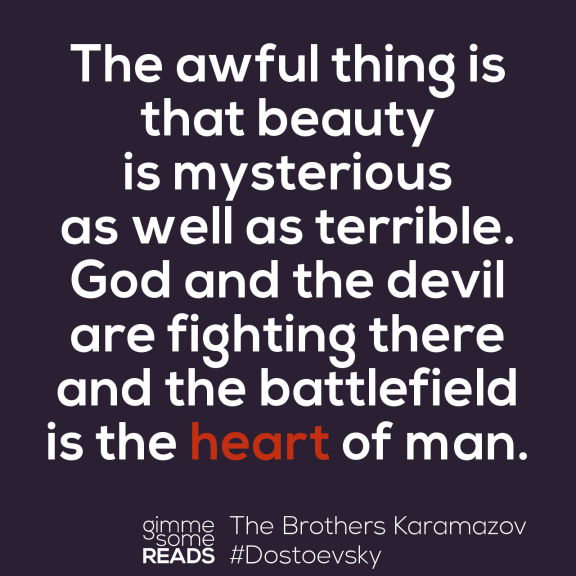 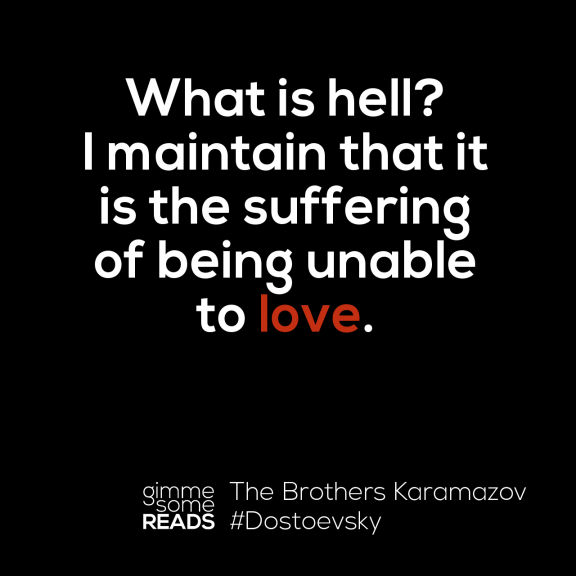 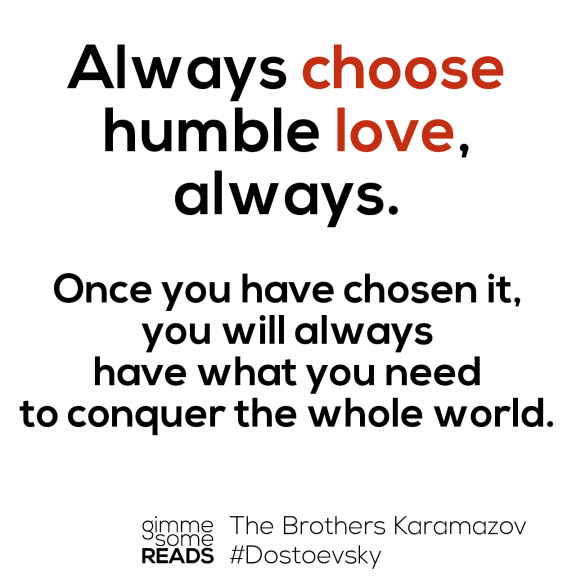 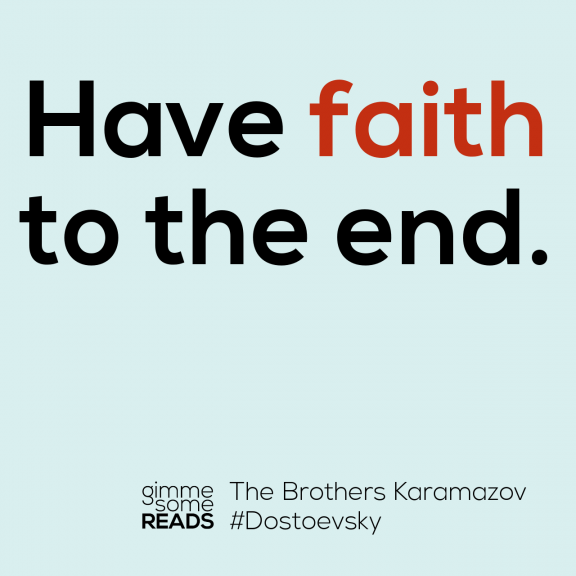 from The Dream of a Ridiculous Man:

What are your favourite Dostoevsky quotes?

» Enjoy a novel cup of tea: enter to win the Literary Tea Giveaway.