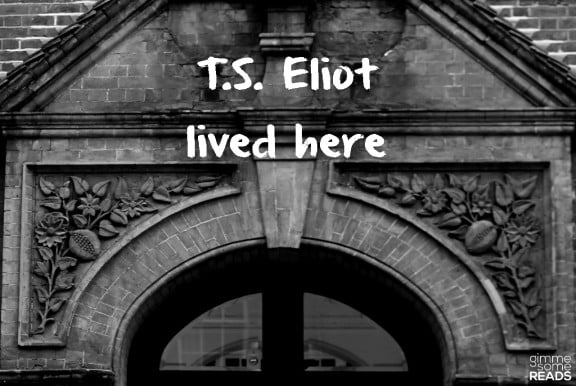 My favourite stop on my London literary blue plaque tour was the final home of T.S. Eliot. I wish it hadn’t been our last day, and that it wasn’t cold and a bit rainy, because I could’ve soaked in the neighbourhood a bit more. It wasn’t particularly quaint or anything, but it fascinated me to think Eliot lived here while writing his Four Quartets; and this was his final home. 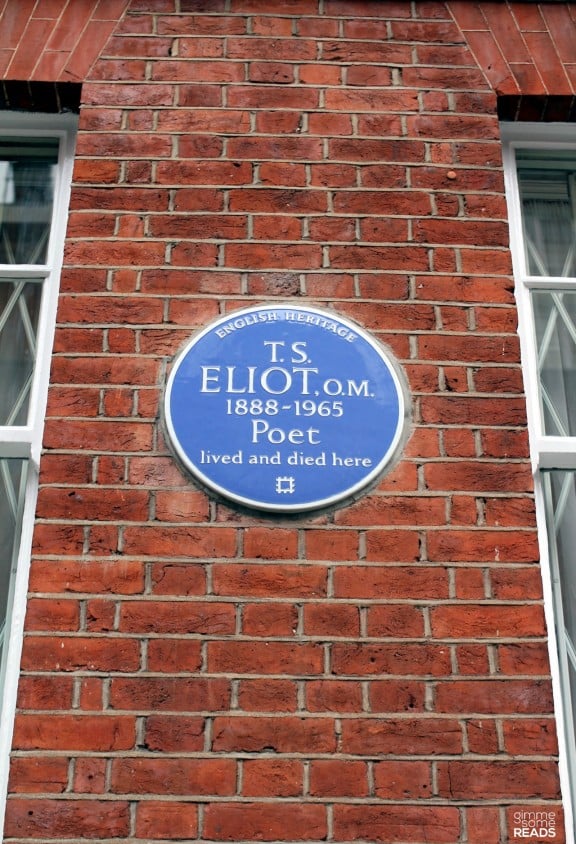 One of the first things I noted was how many streets he had to choose from when leaving his front door. I always read about writers going on walks, so upon seeing where he might’ve started his walks from, I had to pause and wonder what might draw him in a certain direction. 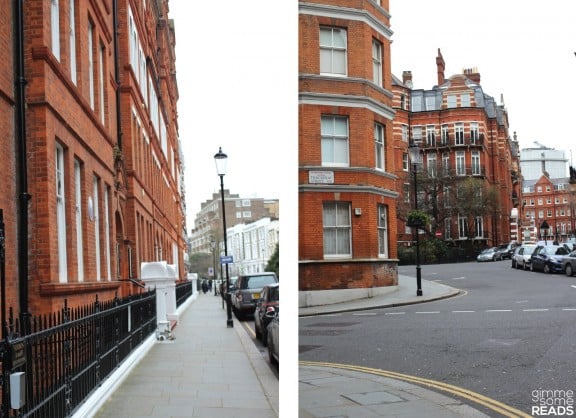 To his left: Kensington Ct Pl blending into Stanford Rd | To his right: first Thackeray St, then two parts of the Kensington Ct triangle

Stepping out his front door, if he looked left there was one option: continuing down Kensington Court Place until it blended into Stanford Road. If he looked to the right, he had three(ish) options: first, Thackeray Street, then two sections of the Kensington Court triangle.

I myself was drawn to the curves of Kensington Court on the right; and particularly to that tree. I was also struck by the lovely brick on the building next to his, with the sweet lamp. Wonder what the story is on The Old Pump House (tell me if you know!). 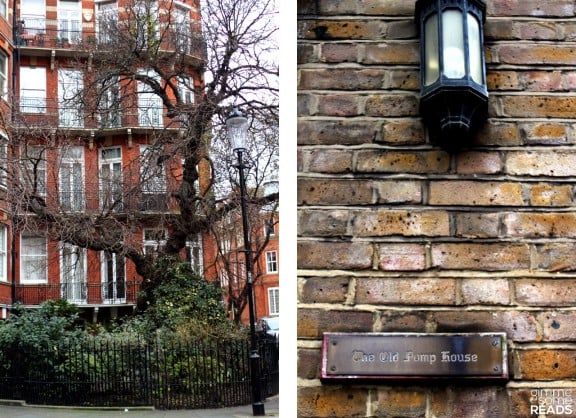 Hyde Park and the Albert Memorial are just a few blocks away from T.S. Eliot’s house, so I imagine he would’ve included them on many walks, too — especially if he chose to walk toward the Kensington Ct tree. 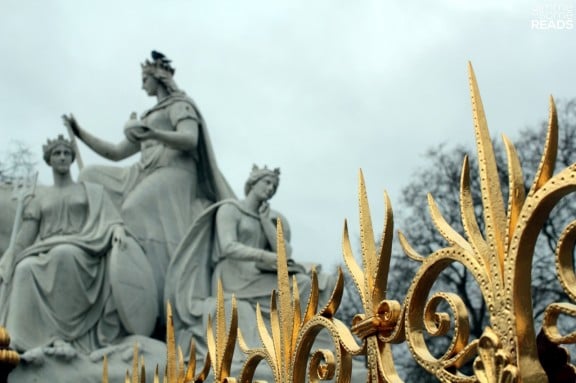 A mere portion of The Albert Memorial, just a few blocks from where T.S. Eliot lived. | London 2012

I’m curious as to his thoughts on the memorial. It is so over-the-top that it’s a bit overwhelming; and it seems to rise out of nowhere making it appear a little out of place. Yet, you can’t deny its beauty. Or, the romance of a woman in love wanting to commemorate her husband in such lavish artistry. I like to think he walked this way on purpose fairly often. 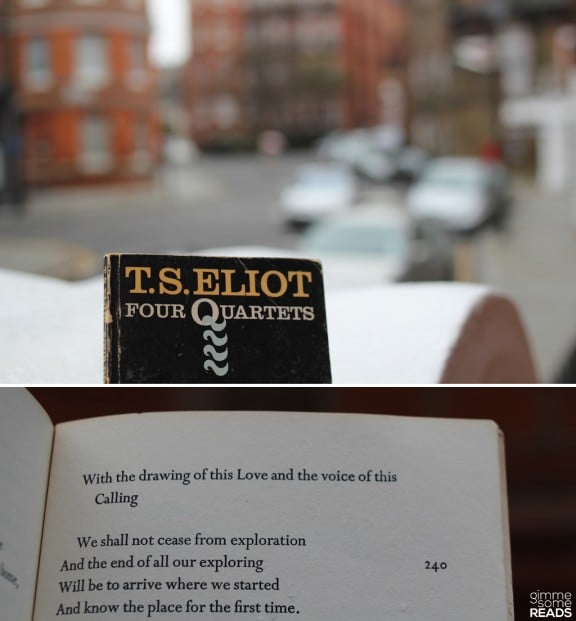 Holding T.S. Eliot’s words on the street where he lived. | London 2013

Of course, I had my Four Quartets handy when we walked to Eliot’s house. And if it hadn’t started sprinkling then (if you look closely at the above image, you can see a few raindrops at the bottom of the page), I might’ve tried to talk Sarah into reading aloud some of this with me.

What writer’s home would you like to see?
What’s your favourite work of T.S. Eliot?