Used Bookstores Around the World #3 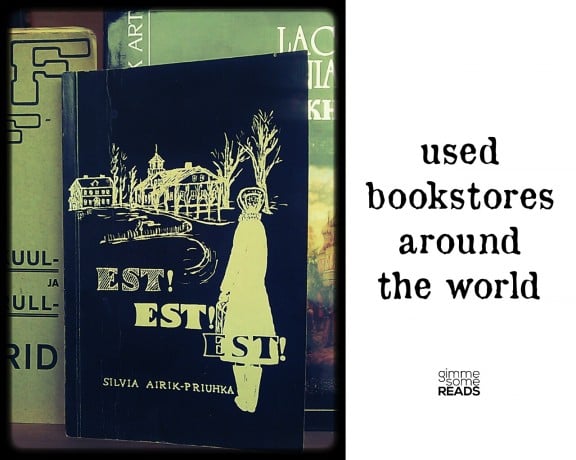 The third and final (for now) edition of my used bookstores list includes British, Baltic and Swedish shops — one of which no longer exists, one that I’ve never been to, and two that are non-English language bookstores. So, I guess today’s list is partly a nostalgic wishlist of the not-yet and the never-more. Oh the drama of a good used bookstore. [Read posts #1 and #2.] 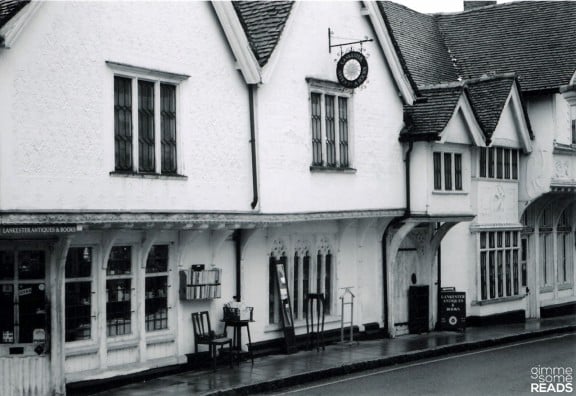 My friend, Karen, lives in the lovely town of Saffron Walden. The last time I got to visit her was in 2007 and it was fairly brief and we mostly hung out at her house catching up on life, [her] kids, and [my] travels. But when I had visited back in 2005, it was for a few more days and we wandered around town a bit more. One of those days, I spotted and photographed the outside of this lovely bookshop. I can’t remember why we didn’t go in, and without this picture, I wouldn’t remember I ever saw it. But, because of this picture, I’ve always had a hankering to check it out. I googled it and found a blog post from 2008 and a flickr image from 2010 — so there’s a chance it’s still alive and well. If anyone has a current status report, let me know! I hope to step inside and embrace its clutter one of these days. 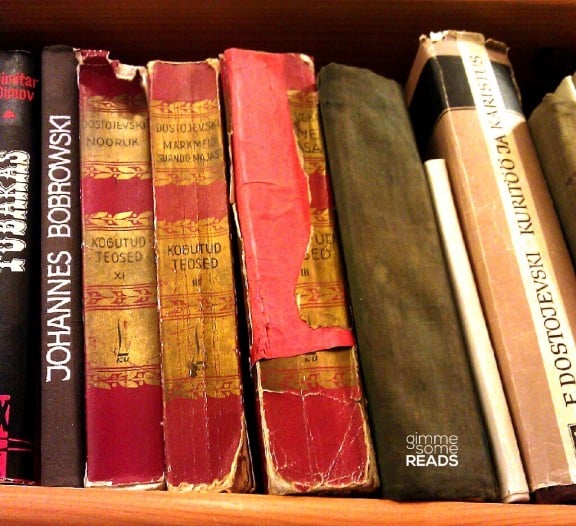 Last fall, I travelled to Sweden with my friend, Donna. We decided to tack on Estonia as a sort of “why not?” when we saw how close it was on the map and discovered it didn’t cost any extra to fly in to Stockholm and out of Tallinn. Having no knowledge of the Estonian language, we were able to get around the Old Town section of Tallinn fairly easily. But, when it came to bookshops, suddenly it was very obvious I was in a non-English speaking country. Even so, I couldn’t pass up this store located on the edge of the Old Town, crammed full of vintage books and magazines, and boxes stuffed with aged postcards. There were so many lovely things to look at, but it did feel strange to be surrounded by books I couldn’t read, though I would recognise an author every now and then. 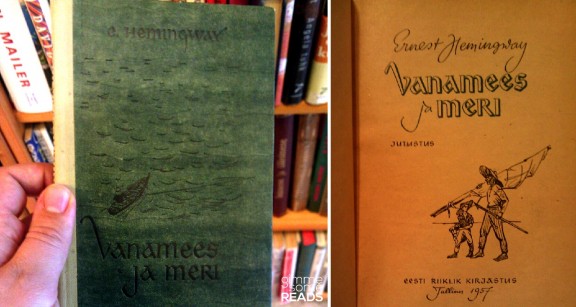 Hemingway’s The Old Man and the Sea found in Raamatukoi Bookshop | Tallinn, Estonia 2012

I was rather taken with this little Hemingway book, but ended up not buying it because I was down to my last euros and still had to buy dinner. 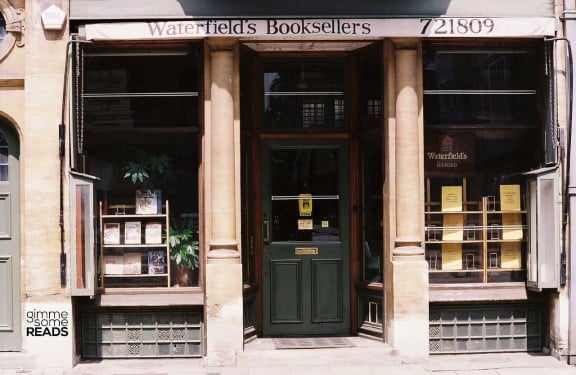 Sadly, this shop no longer exists. I discovered this to my dismay in December when I was revisiting Oxford for the first time in five years. Walking down High Street towards Magdalene College, I expected to find it but alas — no quaint Waterfield’s to be found. I tried again the next day, thinking I might have remembered its location wrong — but no. Finally, I figured out that Mr. Simms Sweet Shoppe  had taken over its location. When I was there in 2007, I recall shelves loaded with old Penguin paperbacks. Wonder what happened to all those old books.

This window display on a simple street amid the maze that is Gamla Stan (Stockholm) grabbed my attention — literally stopped me in my tracks. I saw a vintage Tolkien book and I had to find out its price. The shop didn’t look like much from the outside, and even inside was fairly simple — but there was a sweetness to its simplicity and a cozy well-loved quality to its worn floors and small size. Plus, the bookseller was kind and friendly. There was a small section of English-language fiction, but no vintage books in that selection. There were plenty of old gems in the Swedish section though; like this Fitzgerald book, which I thought was The Great Gatsby because of the cover, but Sammanbrottet means “collapse” so it is likely his collection of essays, The Crack-Up:

I left Fitzgerald for someone else to take home, but I did leave the shop happily carrying the Swedish Tom Bombadil away with me.

ever been to one of these shops? what’d ya think?
tell me about your favourite bookshops!

5 comments on “Used Bookstores Around the World #3”