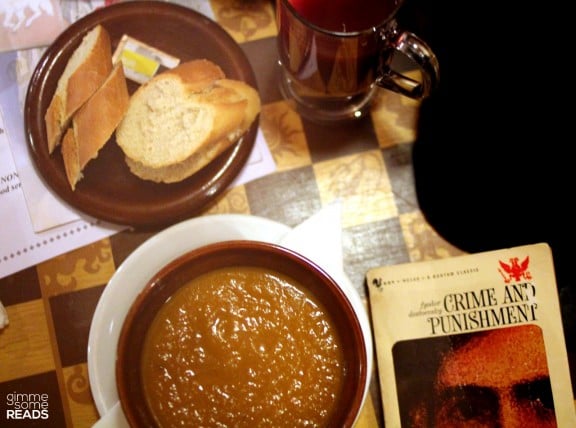 As part of my 2013 reading plan, I’m in the midst of reading Dostoyevsky’s Crime and Punishment, in which I spotted two great words: fluffles and funk. The first can’t be found in a dictionary (bold move on the translator’s part!); and the second may not mean what you think it means.

If you set out to read Crime and Punishment, your settings and state of health can affect your reading.

I took this book with me to England over the holidays and got along fairly well though slowly, as I was busy during most of the trip, only snatching a half-hour here and there to read. Beginning the story with a flat white and a clotted cream laden scone, or reading cozied up in Oxford’s White Horse pub, with carrot soup and mulled wine, the characters and scenes moved through my mind with ease. 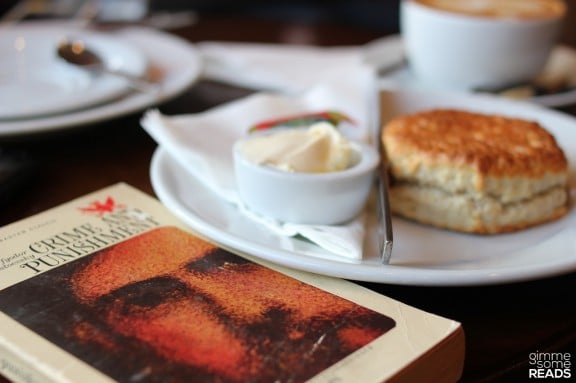 But no worries, a few days after returning home, I picked it back up and have been able to continue reading, without any further concern for my health.However, on my trip back to the States, I was sick — sore throat, feverish, painfully blocked ears — and exhausted by the time I found myself sitting alone in the Minneapolis airport facing a six-hour layover, before I could fly home. But, I got out my trusty Dostoyevsky book and started back in with Raskolnikov, only to find myself confusing his feverish and twisted mind with my own. [This is not a spoiler alert.] After about an hour of reading, I finally had to stop myself in order to preserve my sanity.

back to the words 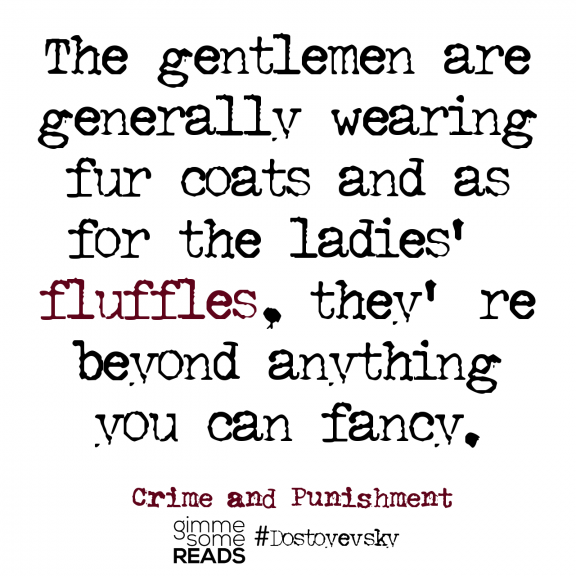 [Found on page 151, in the translation by Constance Garnett, published in 1962 by Bantam Books.]

I love that a translator found it important enough to make up an English word, so she could better describe what she thought Dostoyevsky was getting at, even in this fairly insignificant line. Way to go Constance Garnett. (By the way, do you ever stop to think about a translator? Apparently her grandson wrote a biography about her, Constance Garnett: A Heroic Life. Born in England, she studied Latin, Greek and Russian at Cambridge. But it was meeting Tolstoy in 1893 that inspired her to translate over 70 Russian novels. Definitely adding this to my to-read list.)

In this passage, fluffles seems to have a meaning similar to adornments, but with a notably excessive quality to them. So, my definition of Garnett’s word would be: 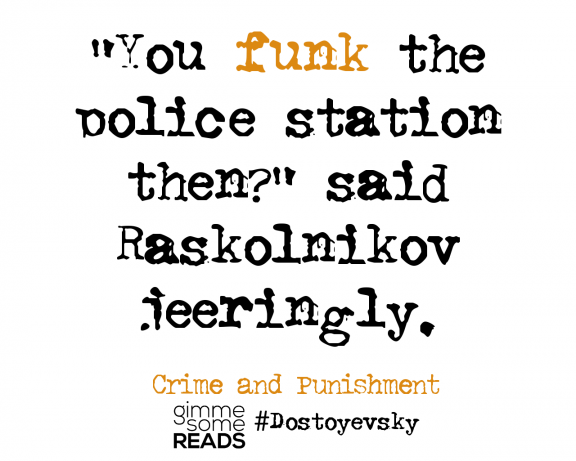 [Found on page 153, in the translation by Constance Garnett, published in 1962 by Bantam Books.]

Apparently, even as a noun, funk can mean “a great terror” as well as “a dejected mood”. Who knew? Such a wide range of meanings for one simple word. Not to mention, of course, its musical translation.

so, do you funk fluffles, or embrace them?

0 comments on “Do you funk fluffles?”