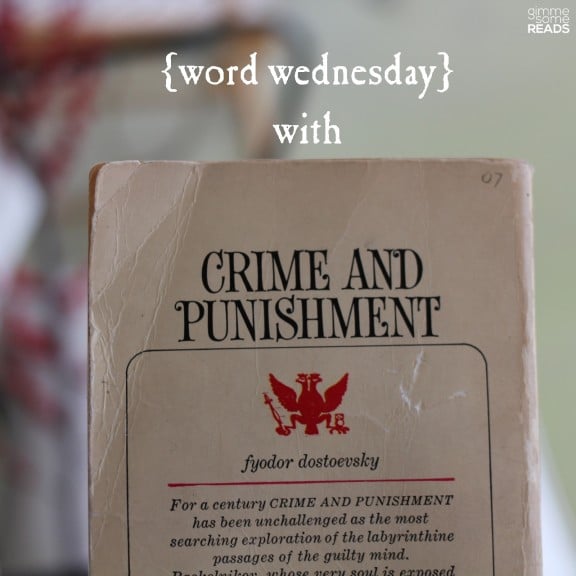 a word (or two) for your Wednesday

As part of my book journey through 2013, I’m now half-way into Crime and Punishment. Anyone else currently reading this strange dialogue?

Yesterday I came across two great words in the same paragraph (middle of page 267): aureole and milksop. It falls in the midst of a string of Pyotr Petrovich’s thoughts (he’s the suitor of the main character’s sister), following a particularly rousing scene (I won’t give anything away). Way before this passage, when you first meet Petrovich, you immediately recognise him as a pompous ass, which I think will be apparent in the following lines, even out of context.

Since I’m reading a paperback instead of an ebook (tapping a word in a paperback does not immediately provide you with its definition — but wouldn’t that be cool?), I reached for my phone and checked my dictionary app; and decided — yes, perfect words for {word wednesday}. 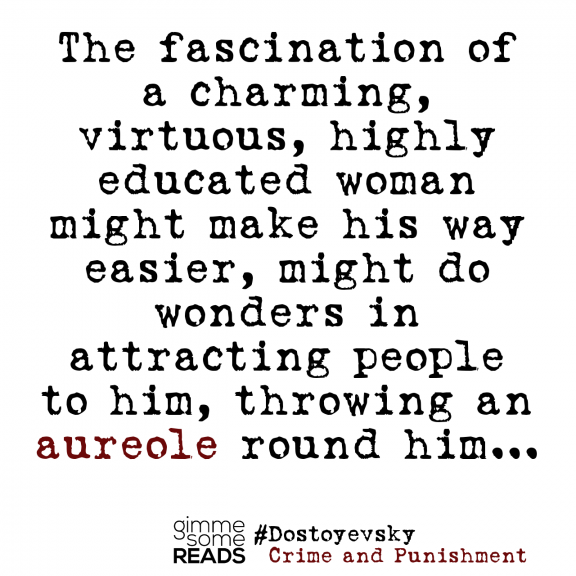 Oh Pyotr — how much you misunderstand the relationship between a good woman and a man like yourself. If there’s any aureole to be had between the two of you, it would certainly be round Dounia (the woman he’s thinking of above) rather than yourself. 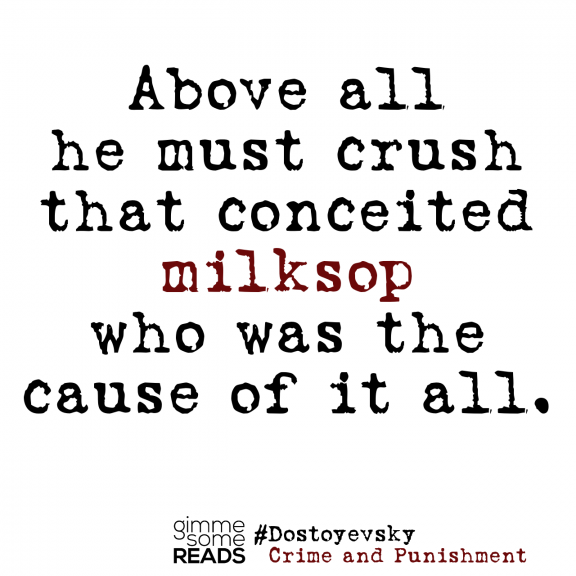 Here Petrovich refers to Raskolnikov — the main character and the brother of the woman Petrovich hopes to marry. Raskolinikov is many things (including quite a few negative things) but I wouldn’t call him a milksop; though he does seem to bear his own kind of ineffectualness. But, I am glad Petrovich called Raskolnikov a milksop (and that I looked it up in the dictionary), because those synonyms are such great words — milquetoast? namby-pamby? These should definitely be used more often. I don’t want to call anyone names, so maybe I’ll just start encouraging people by telling them they’re not a milquetoast or a namby-pamby.

have you come across any good words in your reading lately?