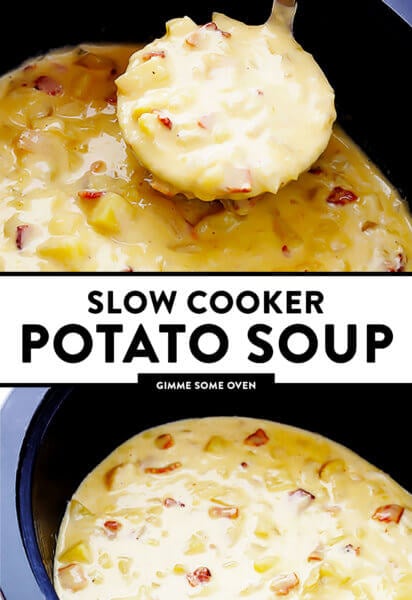 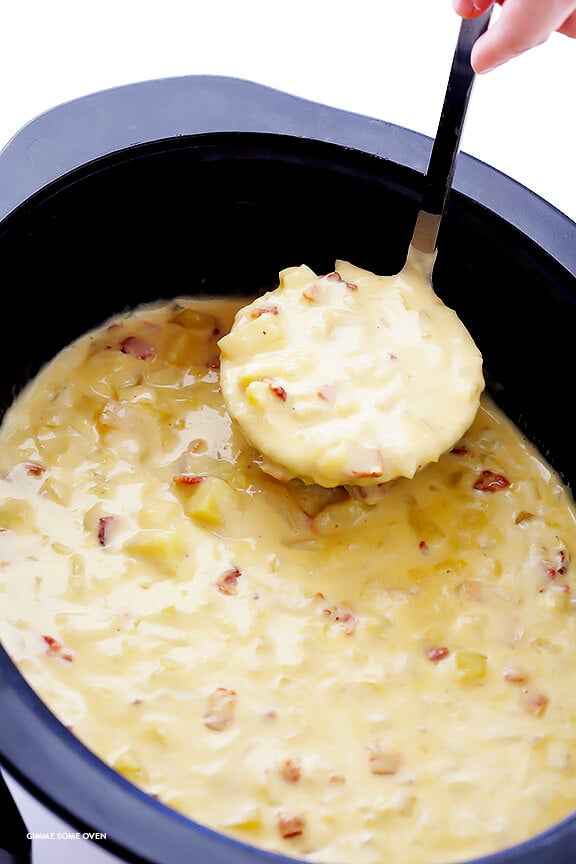 Alright everyone, I think this one tops the charts as our most requested recipe on the blog ever, so I hope you like it. :)

Many of you have already discovered my classic Potato Soup recipe on the blog, which will forever and always be my favorite. But nearly every other comment we have received about this soup is from all of you slow cooking fans, asking if you can make the soup in your crock pots. As someone who shares a deep and undying love of all things potato soup and slow cooking, I was right there with ya! Unfortunately, the traditional recipe wasn’t one that that easily converted to slow cooking. Or at least, you couldn’t just dump all of the ingredients in and expect thick and creamy and delicious potato soup afterwards.

But I tested out a few different slow cooker approaches and finally figured out one that I think we’re all going to love. Just like my classic potato soup recipe, this one is super rich and creamy (but made a tiny bit lighter without heavy cream – yay!), it requires less than 20 minutes of prep time (mostly just chopping those potatoes), and it’s wonderfully comforting and delicious. But unlike my classic potato soup recipe, your crock pot gets to be the one to slow cook this soup to perfection.

The first step in this Slow Cooker Potato Soup recipe is probably the most time consuming — chopping up a storm. Chop up lots of potatoes (I strongly recommend Yukon golds), a big onion (white or yellow), and lots of cooked bacon (you can fry or microwave the bacon while you chop, or buy it pre-cooked). 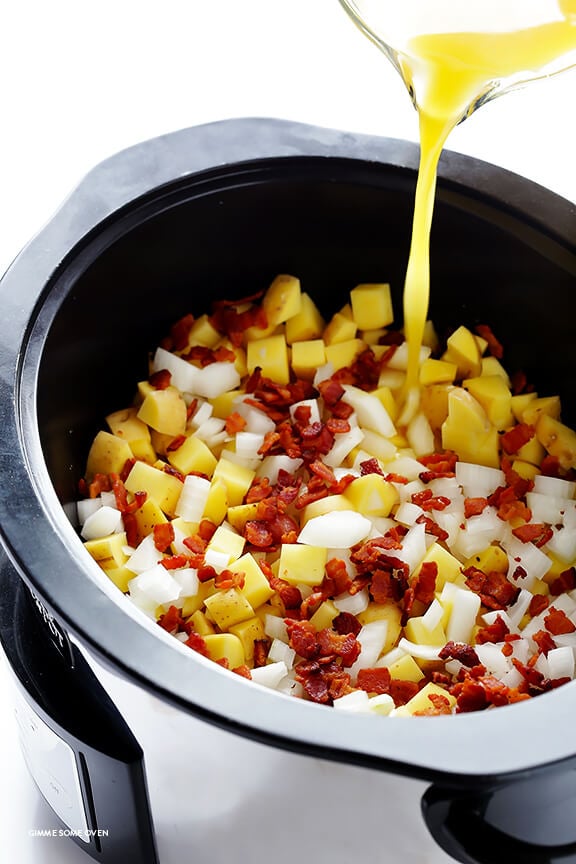 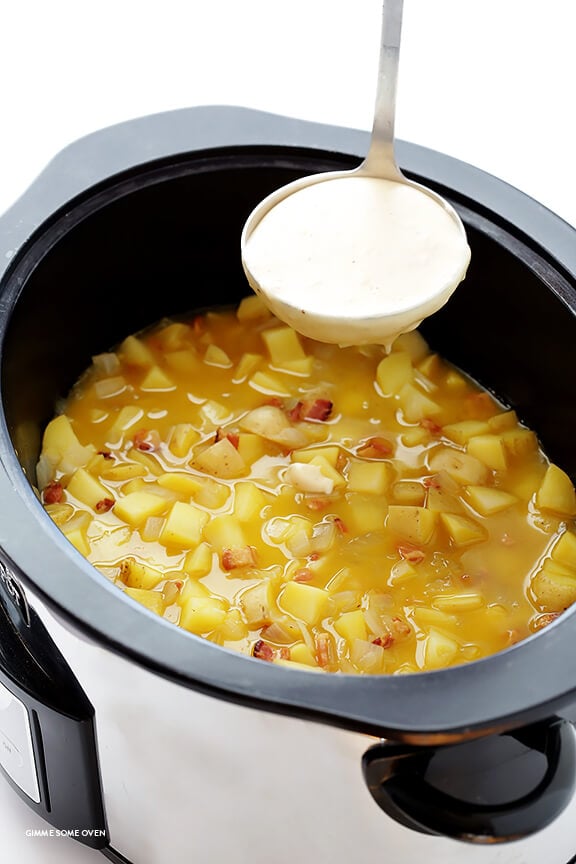 Then once everything has slow cooked, you’ve gotta do the final step on the stovetop. I know, I know, this recipe isn’t 100% slow cooker. But in order to have a soup that’s nice and thick and avoid using heavy cream, we need to make a quick and easy creamy roux on the stove.

So just melt your butter (or you can use reserved bacon grease, if you fried the bacon on the stove, which will be way more flavorful) and whisk it together with some flour to form a roux. Then whisk in a can of evaporated milk. And once the mixture comes to a simmer, it will thicken up into a really thick gravy-like mixture. Add that to directly to the slow cooker, and give everything a stir. 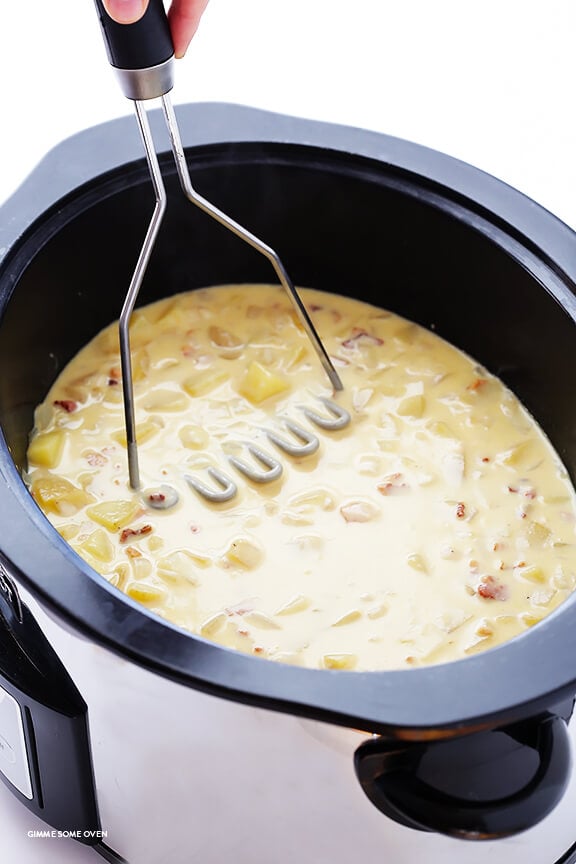 And then if you’d like an even thicker soup (which I recommend), use a potato masher to mash up about half of the potatoes in the soup. Or you can just leave them all chunky. Up to you.

(Or, some of you have asked about a slightly healthier soup. If you’d rather leave out the roux entirely and just have a brothy-er soup, you can do that, and/or just mash some of the potatoes if you’d like to thicken it up a bit.) 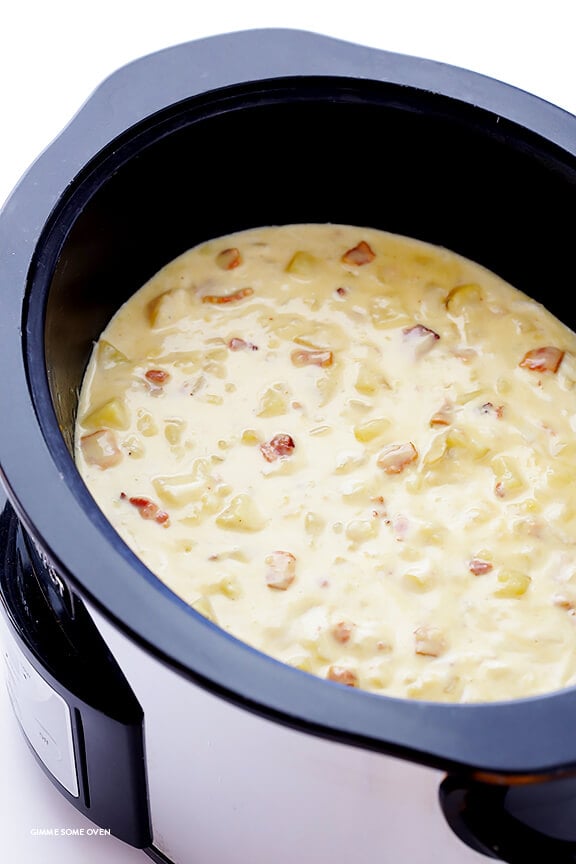 And then…ta da! A big crock pot full of delicious, creamy Slow Cooker Potato Soup will be yours to enjoy! 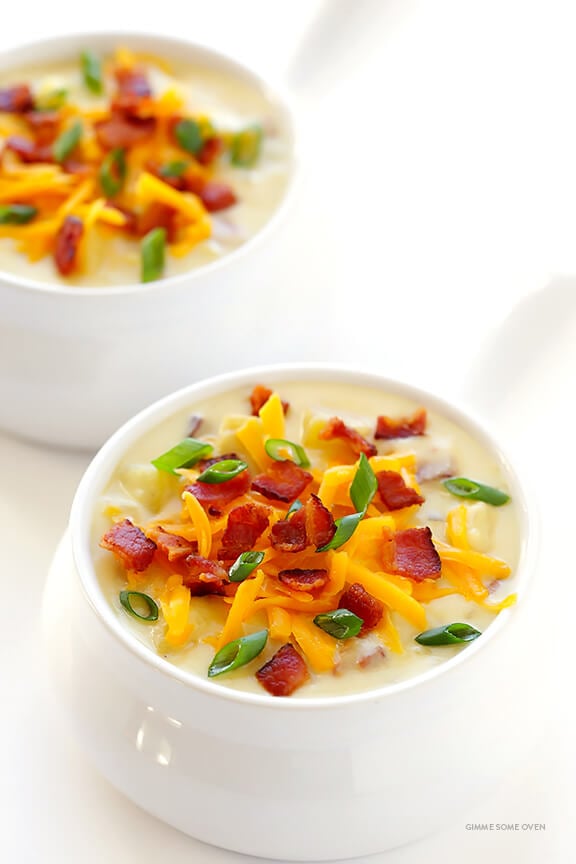 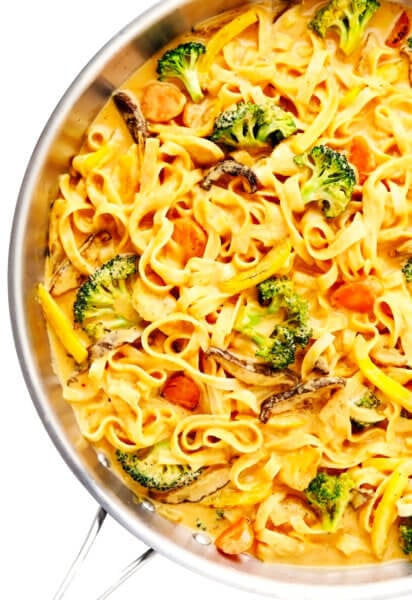 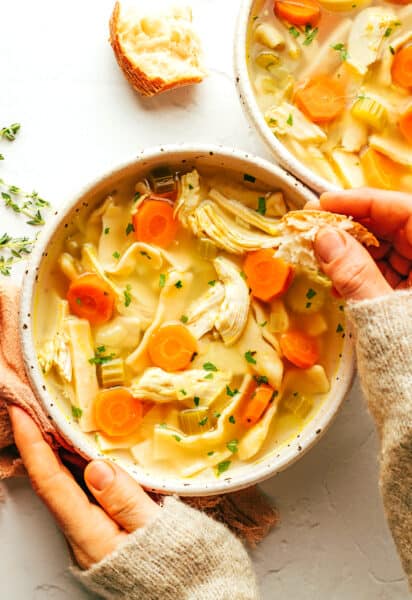 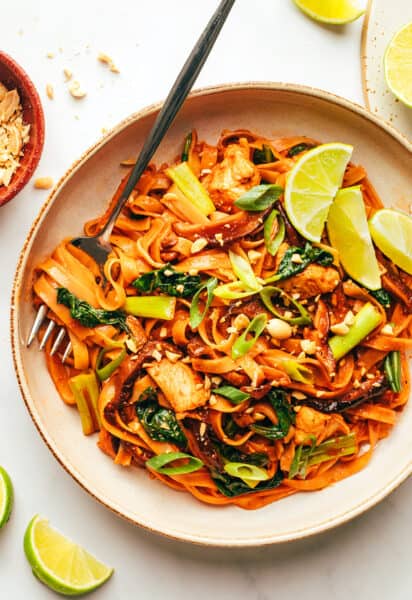