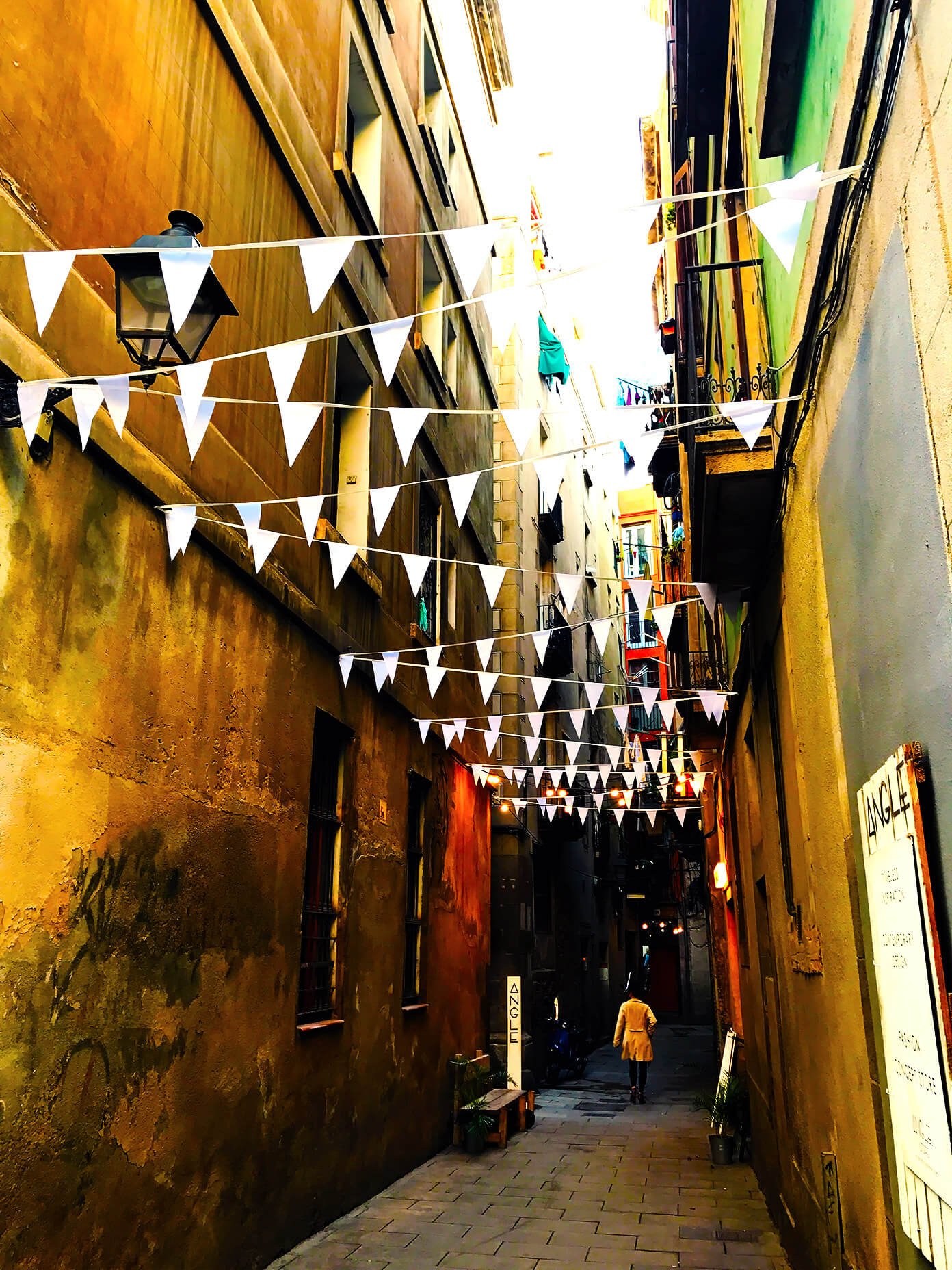 Probably the most important thing you need to know when traveling to Barcelona is that the city is the capitol of Cataluña (Catalonia), an autonomous region in the northeast of Spain. And as such, many people here consider themselves primarily and culturally Catalan, not necessarily Spanish, which is a very sensitive distinction in Barcelona especially while political tensions are currently high.

So if you’re coming to Barcelona expecting to see all of the classics typically associated with Spanish culture — grand bullfighting matches, paella on every corner, Flamenco bars galore — get ready for a surprise because most of the traditional Spanish offerings here are mainly directed at tourists and aren’t necessarily that authentic. (Also, bullfighting has also been completely outlawed here since 2010.)  The good news though? You are coming to a city that is absolutely rich in its own gorgeous, unique, delicious, warm, historic Catalan culture. So soak it up, and make the most of your time in Cataluña while you’re here!

Here’s a bit of background about the city to keep in mind:

A (Very) Brief History of Barcelona:

Nobody knows what’s going to happen next, but most seem convinced that this question of Catalonian independence will be hotly debated for the foreseeable future. That said, visitors here should know that the political tensions have in no way made us feel unsafe here. Even large marches with hundreds of thousands of people feel passionate, but completely peaceful. So don’t let any political worries keep you from coming to visit! :)

Considering Barcelona’s centuries of history, its rich agricultural landscape and its current position as an international modern city, the food culture here is rich and diverse. To understand the cultural roots of the food of this region, you’ll actually need to look more to the traditions of Catalonia, versus those from Spain itself. Catalonian cuisine is alive and thriving here in Barcelona, and so fun to explore! (But Spanish food staples such as paella or tapas aren’t originally part of the culture here, and are mostly available nowadays for tourists.)

That said, Barcelona is a thriving food hub featuring cuisines from all over the world. So you can find wonderful, family-owned tapas bars on the same street as trendy ramen shops, Argentinian empanadas next to curry, bibimbap next to an arranccini stand, and everything in between. And all of this — of course — set against the backdrop of a city with some of the world’s best wine.

Barcelona is a delicious place to eat. ;)

In many ways, Barcelona is a young city, with bars and clubs carrying the party through the mornings. And tourists will also note that it’s also a late city. Dinner starts for locals around 9:00 or 10:00pm, and many bars stay open until the early (or late) hours of the morning. If you’re traveling the main tourist areas of the city (Eixample, Gràcia, Ciutat Vella, Gótic, El Born), you’ll often find it easy to be out late in the evening, as much of the city is still out doing the same. Beyond the food scene, there are concerts, theater, bars, and a remarkable array of local festivals throughout the year to conclude a good day of seeing the city.

Though incredibly diverse, Barcelona is most widely known as the home of Moderisme (not to be confused with Modernism), a movement that reached its peak at the turn of the 20th century. It’s often compared to the parallel movements of Art Nouveau in France, and the English Arts and Crafts movement. In addition to architecture, which served as its vanguard, Modernsime also found place in the world of literature, theater, sculpture and painting, heavily influencing the culture of Catalonia and beyond for over a generation.

Antoni Gaudí is widely considered the most famous architect emerging from this movement. Aside from his masterpiece-in-construction, La Sagrada Familia, there are many Gaudí-designed buildings scattered throughout Barcelona which have made indelible marks on the city’s unique landscape.

Artists such as Pablo Picasso, Joan Miró, Antoni Gaudí and Salvador Dalí all spent significant parts of their lives in Catalonia. And their creative energy persists in this place, which you’ll be able to feel while strolling through any of the museums, public spaces, concert halls and architecture that continue to give Barcelona its unique vitality. If you’re interested in seeing live music or taking in some art exhibits, there are an abundance of options to choose from here.

Like any international city, we’ve found diverse pockets of people hailing from all across the planet, mixed in with Catalan locals and others from across Spain. And the uniting factor we’ve noted with everyone is that they all love living in Barcelona.  It’s pretty amazing, really. Tourists and locals alike always seem so glad to be here. So if you’re here visiting, be sure to give everyone you meet a quick kiss on the cheeks, ask questions and get to know their stories, and your time here will be all the richer for it.

Check out our Gimme Some Barcelona Travel Guide, which includes a constantly-updated list of our best recommendations on where to stay, what to do, and where to eat in Barcelona. Plus, we’ve also shared a bunch of our best Barcelona-specific travel tips, so that you can navigate the city like a local.

Also, feel free to download our Gimme Some Barcelona Google Map, which includes all of the recommendations listed in our travel guide.