Back then, I’m pretty sure that all of my girlfriends were asking for Abercrombie jeans, or the first-ever Harry Potter book, or the VHS of Titanic, or the latest Jewel or Matchbox 20 or Destiny’s Child or Spice Girls albums for Christmas.  But me?  I had one very important request of Santa that year, and I’m happy to say he (literally) delivered me my very first…dehydrator!

Well, having been an enormous fan of homemade beef jerky ever since I was little, I had been dreaming about having a dehydrator to make some of my own for years.  It all began thanks to my great aunt Chris, who generously made batches upon batches of her famous beef jerky for our huge family holiday gatherings each year.  And all thirteen of my cousins would scramble to the kitchen to see who could get the biggest handful for themselves to munch on, because her beef jerky was heavenly.  And actually, I had no idea how good it was until I tried some of the store-bought stuff from a gas station years later, and could hardly believe that those weirdly sweet, sticky, and artificial-tasting strips of “beef” were the same thing.  (Actually, I still feel the same way…)

So even as a teenager, I realized that if I wanted amazing beef jerky like Aunt Chris’ year-round, I was going to have to learn how to make it myself.  So I called her and asked for the recipe.  And 17 years, 2 dehydrators, and dozens upon dozens upon dozens of batches later, I’m still making her beef jerky recipe.

So today, I thought it was about dang time I shared about it with you too.  Because it truly is the best. Ok, my heart is seriously pounding as I’m writing this post because I get so dang excited giving people tips on making killer beef jerky!  (<– So weird, I know, but don’t forget I’m also the girl who begged Santa for a dehydrator.  #Perspective.)  Here are some of my tips and answers to frequently-asked questions from friends:

Beef: The biggest question is probably what cut of beef to buy.  I’ve made beef jerky with all different kinds, but my favorite the past few years has undoubtedly been flank steak.  It’s definitely one of the priciest options, but it’s one of the leanest cuts and I love how it makes nice thin strips of beef jerky.  Other great options are eye of round, top or bottom round, or London broil.  Generally, I just recommend going as lean as possible, and trimming off any extra large sections of fat that you see.

When it comes to slicing the meat, I recommend slicing it about as thin as possible (1/8 to 1/4-inch thick).  And then if you want a chewier jerky (which I weirdly like), slice the meat with the grain.  And if you want a more tender jerky, slice the meat against the grain.  You’re welcome to do this yourself at home (just pop the steak in the freezer for 15-20 minutes before slicing to help firm it up a bit).  OR, chances are, the butcher behind the meat counter of your local grocery store would be happy to do it for you too.  (<– Probably for free!)

Marinade: So, my biggest gripe with most store-bought beef jerky is that it is waaaayyyyy too sweet.  I love my beef jerky nice and peppery and savory.  So my marinade consists simply of soy sauce, worcestershire, black pepper, liquid smoke, onion powder, seasoned salt, and garlic powder.  And then for those of you who love pepper as much as I do, I highly recommend cracking some extra black pepper on top of the strips once you have laid them out to cook.  The pepperier, the better if you ask me.

If you do happen to like sweeter beef jerky, just add 1/4 cup of maple syrup to the marinade.  And if you like a spicier beef jerky, I recommend sprinkling some crushed red pepper flakes on top of the jerky as it cooks.

Dehydrator vs. Oven: Probably the main question I hear from friends is how to make beef jerky without a dehydrator.  It’s totally possible in the oven.  But in order for it to cook evenly, I recommend laying the jerky out on wire racks that are placed on top of foil-covered baking sheets.  I know that some people like to just lay the jerky out directly on the oven racks themselves, and then place a sheet of aluminum foil on the bottom of the oven to catch the dripping juices, but I’ve tried it and — heads up — it’s messy.  So instead, I recommend the wire rack method.

But that said, I still think cooking beef jerky in the dehydrator yields the most consistent and best results.  I’ve owned 2 different dehydrators, and will say that the technology has improved significantly over the years.  For between $35-75, you can purchase an awesome dehydrator nowadays that will cook the jerky evenly and quickly.  And of course, you can also use the dehydrator to make all kinds of fruit and veggie and kale chips, and all sorts of other good stuff.  So if you happen to love beef jerky as much as I do, I would totally recommend the Cuisinart dehydrator that I currently own.

Anyway, go with whatever cooking method works best for you!  I’ve included instructions for oven and dehydrator beef jerky in the recipe below. So all that said, to make your beef jerky, just toss the sliced beef and the marinade together in a large ziplock bag until the beef is evenly coated.  Then pop the bag in the refrigerator for at least 30 minutes or up to 1 day to let those flavors sink in. Then lay the strips out in an even layer on your dehydrator trays, or your wire-rack trays in the oven, and cook according to the instructions below.  (Fair warning — this is going to absolutely fill your home with the most irresistible smell of jerky ever!) Well, props to you if you make it to the sharing, because I tend to want to hoard this stuff.  ;)  But I am convinced this beef jerky makes the world a better place, so be generous if you can. 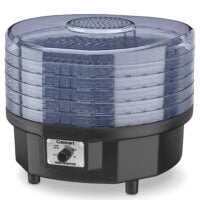 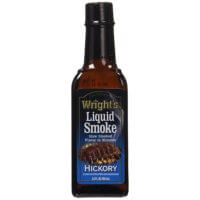 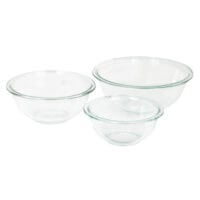 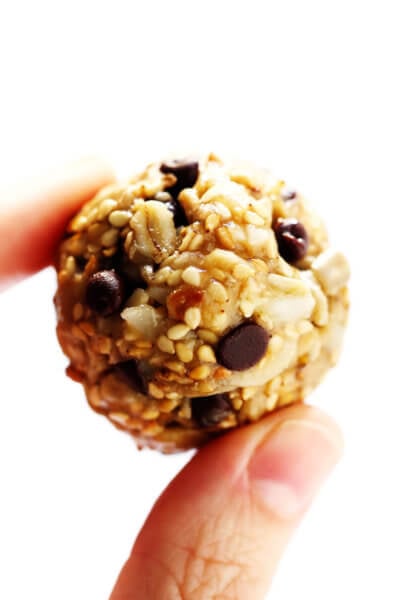 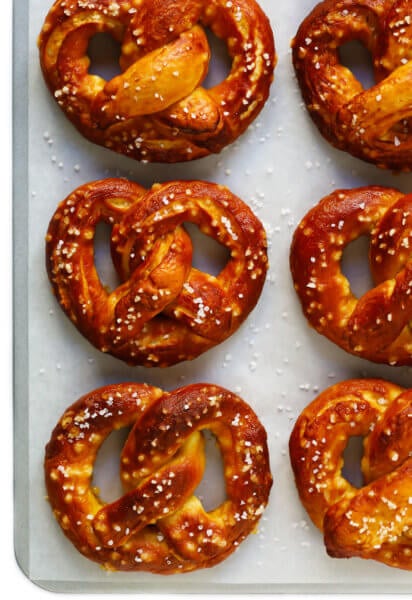 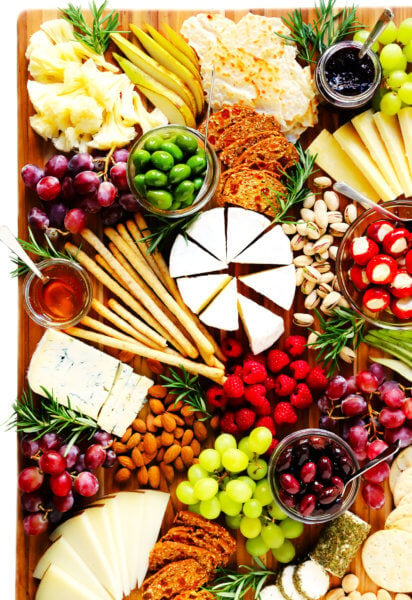 298 comments on “The BEST Beef Jerky”