(Quick note: I apologize in advance for the dashes.  Apparently if I spell out the p-word, this site can get tagged for a parental advisory on Google.  And I’d much prefer to get the point across and keep this listed as a family-friendly site.  Thanks!)

It’s nothing I’ve ever made a big deal about, and it’s not a term I’ll ever judge others for using.  As someone who makes a living in the food photography world, I “get” it.  I get why the term originated.  I get why it’s such an effective buzz word.  I get why it is ubiquitous online, especially now that every phone has a camera and food photos (both the appetizing and not-so-appetizing) are literally flooding the internet and social media.  I also get that, for the most part, most people probably see the term as totally harmless.

But even after hearing the term for years, I still cringe a bit when I hear it.  And I just don’t dig it.  It’s not really because of any religious reasons, not because I’m “naive”, not because I’m trying to make it into a bigger deal than it is.  I simply feel like we could find a better word.  A smarter word.  A more accurate word that describes food for what it is.  And a word that doesn’t glamorize or normalize or give props to an industry that it is not.

When I googled “food p–n” last night, 636 million results came up.  But I couldn’t seem to find a single one that talked about it from this angle, so I thought it might be worth a blog post.  I have no doubt there will be many of you who disagree with me, but hear me out?

First of all, if you haven’t ever heard the term before, lucky you because I feel like I come across it constantly.  Like, every day.

I think it’s safe to say that the term means different things to different people.  Wikipedia’s take on it is that “food p–n is a glamorized spectacular visual presentation of cooking or eating in advertisements, infomercials, cooking shows or other visual media, foods boasting a high fat and calorie content, exotic dishes that arouse a desire to eat or the glorification of food as a substitute for s-x. Food p–n often takes the form of food photography and styling that presents food provocatively, in a similar way to glamour photography or p–nographic photography.”

My definition?  I’d summarize it by saying people either use the term more positively to describe food media and styling they totally love.  Or they use it negatively to describe food media, either because they dislike a specific photo or they dislike the (maybe excessive) number of photos a person might post.  I’ve read that many restauranteurs have even started banning “food p–n” photography at restaurants, because they’re tired of customers taking terrible photos of their beautiful food.  (I’m curious how that has gone over…)  And then of course, there are the literalists out there who try to style food to actually look like p–n.  No joke.

So while I can put two and two together and “understand” how the leap is made to call food “p–n” — taking beautiful food photography or styling out of its normal context and turning it into an object of lust or affection or what have you — I also believe that food is so much more than that.  Or maybe more accurately, it’s less than that.

If you ask me, food is an absolutely extraordinary thing in and of itself.  I mean, I’m totally that girl who regularly finds herself speechless when standing in the middle of the farmers market beholding the literal rainbow of produce all around me.  Or when catching a heavenly whiff of sesame oil.  Or when sitting down to a beautiful homemade bowl of soup prepared by a friend.  Or when watching my pup jump a mile high for a slice of bacon.  Or even just googling “asparagus recipes” this week and seeing that 27 million results came up.  27 million, people.  I work with food every single day, and the wonder of it still never ceases to blow my mind.

And what’s more incredible?  This is the stuff that has been created to nourish us.  We literally cannot live without food.  And if you ask me, we hit the jackpot.  Because instead of manna or some tasteless bleh that could have been created as food, our world has been designed with this incredible bounty of ingredients that we get to co-creatively mix and match, and cook, and steam, and saute, and roast, and grill, and broil, and then taste and eat to give us sustenance.  Food is a mega gift, and it is meant to nourish and be enjoyed.

But you know what, it’s also just that.  It’s food.

I think the times we get in trouble with food are when we make it more or less than that, as I mentioned above.  Those are the times when we do in fact “lust” over food, or spend an inordinate amount of our budget on food, or be snobby about food, or give it more importance than it’s worth.  Or by contrast, the times when we minimize the value of food, or do not eat food that’s nourishing, or take it for granted.  There are so many things in life that are like this.  Taken out of their proper context, they can become unhealthy.  But in moderation and gratitude, they rock.

Get creative!  #FoodLove…#FoodCrush…#FoodCraving…#YUM…the hashtag sky is the limit.  And as far as food adjectives go, there are hundreds of words out there you can use to describe that decadent hot fudge sundae.  Or that perfectly fresh and juicy pineapple.  Or that delicious Mexi mac and cheese that’s coming on the blog tomorrow.  (Yes, I was told at a blogging conference that food bloggers shouldn’t use the word “delicious”, but I’m a rebel. Mwahaha.)  Humanity has been talking about food since the beginning of time, and we can continue to do so without sexualizing it.  In fact, I tend to think it’s much more appetizing if we don’t.

Thanks for tuning in for my little op-ed.  Back to recipes tomorrow.

And for the record, tiny tangent — I’m also one of those people who’s all for friends posting food photos on social media.  I often hear people complaining about the overabundance of food photos on Instagram, but you guys, that may simply be that food is one of the easiest things in life to photograph!  An awesome conversation may be awesome, but hard to photograph.  An awesome burger?  Easy click.  So if you love the food you’re eating and want to send it out into the social media sphere, I’ll be that friend to happily “like” or +1 ya.  And if you’re one of those who could go the rest of your life without seeing another food photo on social media, I totally get if you unfollow me on Instagram.)  ;) 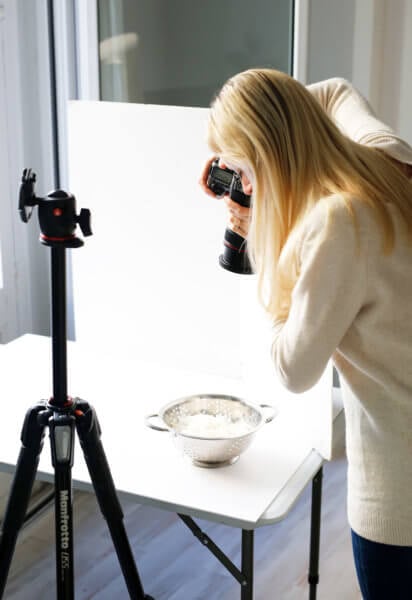 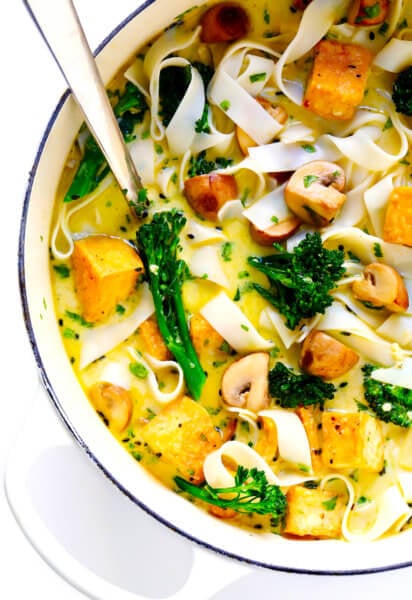 My Favorite Recipes of 2018 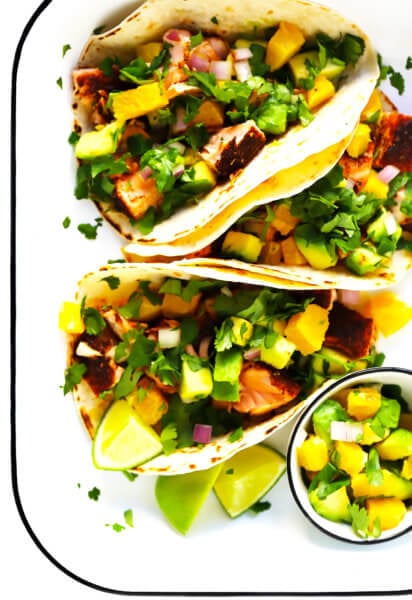 My Favorite Recipes of 2019