5 Things You Should Know About The Hobbit: The Desolation of Smaug

Before you go see the second installment of The Hobbit trilogy (and Peter Jackson’s fifth epic Tolkien film), you should know a few things, the foremost being that I am very tired. Beth and I have a friend tradition of going to the midnight release of Hobbit movies, so I was up until 4 a.m. getting my now-yearly late-night Tolkien fix. So please forgive typos and lapses in judgement in this short Hobbit run down below.

1. The Desolation of Smaug is some of the best fan fiction you’ll ever experience

Meaning, this ain’t the book you read on the bus as a kid or in book club last year. This is more a celebration of the entire Tolkien universe—and what these particular fans (screenplay writers Fran Walsh, Philippa Boyens, Peter Jackson and consummate fanboy Guillermo del Toro) would do if they were in charge of Middle Earth for a while. There are changes galore, but those changes play with the facts of the story, not the spirit. If you can lay down purist expectations and plug into a super-fan perspective, you’ll probably enjoy this exploration of the reality Tolkien created. Also, settle in. This is a film made by fans for fans, and they want to be in the fantasy for as long as possible. You’ve got 161 minutes of Hobbit-tasticness ahead of you. 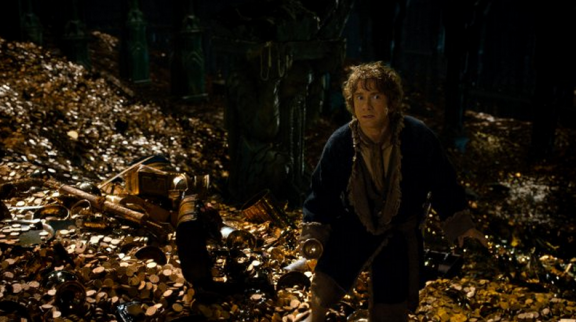 2. They’ve got the gilded special effects down

The most breathtaking of those 161 minutes take place in the treasure-packed halls of Erebor. Coins cascade, jewels glint, and Smaug roils gold waves. It’s plain gorgeous, and a CG treat. Slight spoiler: There’s a non-canon battle strategy the dwarves employ that leaves Smaug completely gilded in molten gold. Call me a sucker for screen spectacle, but the eye-candy deliciousness of a shimmering dragon rising into the night about sent me out of my sleep-deprived mind.

You know those changes I was talking about? A lot of them open up the opportunity for a certain kind of over-the-top action. If you like your fighting serious and realistic, stay miles away from The Desolation of Smaug. This film’s action is designed to delight. Case in point: The audience last night was guffawing during one intense, river-set orc attack. Yep, orcs can be funny. Who knew? Also, Legolas (not in the book) shoots, surfs, stabs, and blue-steels his way through the movie. If you can find a theater that allows audience participation (cheering, shouting, applauding, hooting), see The Hobbit: The Desolation of Smaug there. It’s made to elicit loud responses from a peanut gallery willing to suspend their disbelief in service of swashbuckling awesomeness. 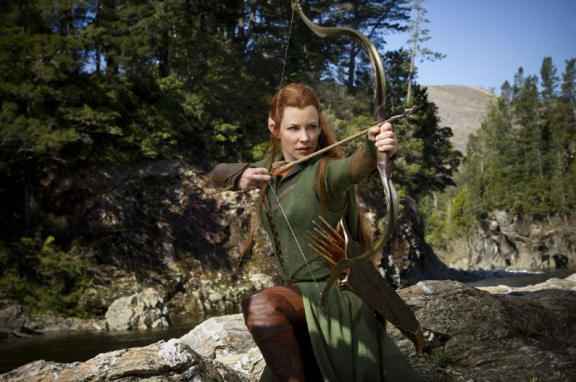 There’s a whole new character in the film: an elf warrior named Tauriel, played by Evangeline Lilly (aka, Freckles on Lost). Tauriel saves dwarves, hobbits and men in said swashbuckling style over and over and over again. She’s basically Katniss, complete with a subplot love triangle—except that elves have a much harder time dying than tributes. I didn’t mind this addition to the story because a) Tauriel was so bad-ass, and b) it’s nice to see Kate again. 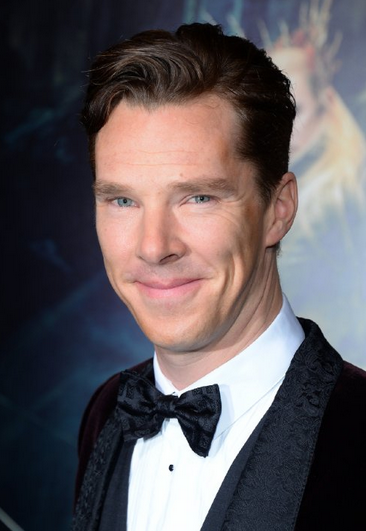 5. Benedict should voice all the things

Your favorite Sherlock provides the voice for both Smaug and The Necromancer, though the characters are not related (besides both loving eeeeeeevil). Cumberbatch makes a particularly satisfying villain (see Kahn), and his Hobbit voice overs are no exception. I really want someone to authorize an audio book of The Hobbit wherein Cumberbatch narrates…and does all voices.

What are your top points about The Desolation of Smaug?

0 comments on “5 Things You Should Know About The Hobbit: The Desolation of Smaug”