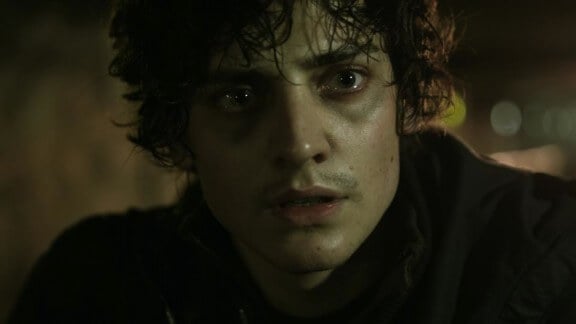 I am not a fan of horror, in general. I usually have to have it tempered with humor, theological themes and nice-looking men (Supernatural); post-moderned up with long character arcs and existential angst (Walking Dead); or girl-powered and meta’d Whedon Style (Buffy the Vampire Slayer, Cabin in the Woods). But when I was at the SXSW film festival this past March, I was trying to see as many movies as possible. And the last ones of the day are always scaaaaaary. I steeled myself and bought a ticket to the Irish horror film Citadel. And I’m so glad I did.

Citadel is a great example of using the right genre to explore the right theme. When critics say a film “transcends its genre,” that’s what they’re talking about. The filmmaker is using the genre’s rules to get at a larger message—one that resonates with a bigger audience than just those genre’s followers. Citadel is simply about fear and conquering fear. Of course, you are thinking, it’s a freakin’ horror film. But Citadel unpacks the fear theme very, very well.

The film follows the agoraphobic Tommy (a wide-eyed and compelling Aneurin Barnard) as he tries to protect his newborn baby. Writer and first-time-feature director Ciaran Foy wisely lets the audience wrestle with whether the nightmares Tommy sees around him are real or imagined and gives Tommy sidekicks (a compassionate nurse and a renegade priest) who argue for either side. Foy helps us feel Tommy’s terror deeply; he was agoraphobic himself and wrote the screenplay as a form of therapy. More than that, Foy is a very visceral storyteller. I was genuinely shaking watching this film, but I walked into the streets of Austin afterward feeling triumphant and light…not what I was expecting when I bought the ticket!

The film is enjoying a limited release in American theatres right now. If it’s in your town, go…if you dare.

Good for: Fans of horror-with-soul and others willing to give the genre a try

Invite your: Friends who won’t mind if you clutch at them during suspenseful parts

Snack on: Nothing. You’ll be so nervous you’ll forget you ate anything anyway. (Project much, Sarah?)

Bring your: Ominous-looking hoody. (Check out the poster.)