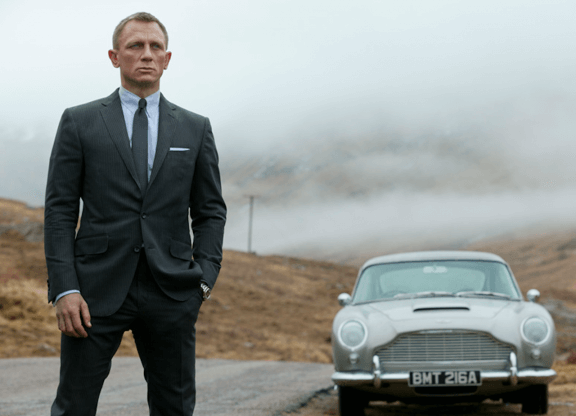 I’ll admit I’m no Bond expert. I’ve yet to read the books. I don’t have a favorite 20th century Bond film. I’ve gotten my spy kicks from Alias, Mi-5 and the Bourne books and movies. I think my lack of Bond love is partly because I was introduced to the franchise as a teenager during the Pierce Brosnan era. Nothing against Mr. Brosnan. I just wasn’t old enough to understand the context of the campy humor, and, unlike Mindy Kaling, I didn’t get the crush appeal of the star. (I was more of a Brad Pitt teenager.)

So I started to come around to the series with 2006’s Casino Royale. And not just because this time I did get the crush appeal of the star, Daniel Craig. I swear. I liked Casino Royale and its successor, 2008’s Quantum of Solace, because Bond went dark. The films were post-modern, and (literally) deathly serious. (Plus, parkour!) I tend to like my heroes complex, and the first two films of the reboot delivered in that arena.

So with Sam Mendes (American Beauty, Road to Perdition, Revolutionary Road) at the helm of Skyfall, and two of the same Bond-veteran writers onboard (Neal Purvis and Robert Wade) I was expecting another shadow-side Bond. And I got it. But what Mendes and company also delivered were moments of genuine lightness and self-aware humor that balanced out the grit. (At one point, the new Q quips “You were expecting an exploding pen? We don’t really go in for that anymore.”)

That light-dark combination plus some seriously beautiful cinematography (by Roger Deakins) made Skyfall one truly enjoyable action film. I was gasping (but quietly so as to not bother my fellow movie goers) at some of the shots, particularly of a fight that takes place in a Shanghai high-rise with neon jellyfish gliding by and some wide Scotland landscape vistas. Mendes also makes good use of silhouettes throughout the entire film, with Craig’s athletic form (and those ears!) highlighted against open doorways, water and fire. I tried counting the silhouette shots, but I lost count. Let me know your tally!

The action sequences were stylish and follow-able, the plot (for the most part) clips right along, and two strong female characters (Judi Dench‘s M and Naomie Harris‘s Eve) balance out the obligatory Bond machismo. You get all this and Javier Bardem’s ridiculously entertaining villain, Silva. Bardem has that innate charisma and believability that can make a long villain monologue breathtaking instead of cliché. And in this case, he does it in one long shot while walking toward the camera and introducing a repeating metaphor comparing Bond and himself to carnivorous rats. It’s one of the film’s best moments, and it took serious acting chops to pull it off. 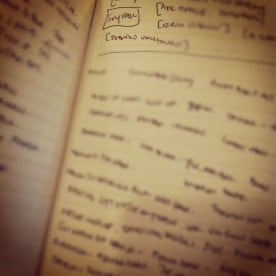 The one sour note for me was a throwaway line implying good scotch is worth more than a woman’s life. (I’m a fan of scotch, too, but, come on, now.) Whether it was meant as bravado or not, it discolors the rest of the film’s otherwise impressive strides to bring women into equal standing in the Bond world.

That said, if you’re looking for a stylishly executed, well-balanced Bond installment, Skyfall is your ticket. Adele even says so.

This section just named by Beth!

Good for: Action fans and connoisseurs of well-made blockbusters

Invite your: Anybody. Really. This is a blockbuster for a reason. Everyone from film snobs (Mendes!) to your Mom (Daniel Craig!) will have a good time.

Snack on: (do I even need to say it?) Martinis. Shaken, not stirred (the film nods to the tradition without saying the line).

Bring your:  Bond-trivia-obsessed friend to help you catch all the inside jokes. I know I missed quite a few.

Skip if: You’re just not into action. Or Daniel Craig. (This is an extremely small portion of the population.)

Which Bond were you first introduced to?

38 comments on “{in theatres} Skyfall”