I’m still formulating on my thoughts on the film I saw tonight (Silver Linings Playbook). Which means you, lucky readers, get a very good-looking preview instead.

And who better to start out a good-looking preview than this guy: 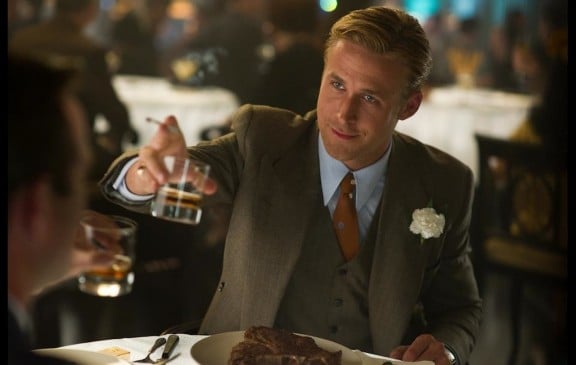 Ryan Gosling plays Sgt. Jerry Wooters in Gangster Squad, a stylish retelling of how the LAPD kept the mafia out of their city in the mid-20th-century. Director Ruben Fleischer (Zombieland, 30 Minutes or Less) helms this flick, which also stars Sean Penn and the lovely Emma Stone (Gosling’s co-star in Crazy, Stupid Love). The film opens January 11, 2013. Watch the trailer here.

DiCaprio and Foxx Face Off 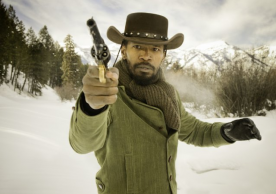 There’s good-looking-ness on the sides of evil (Leonardo DiCaprio in a rare villain role!) and good (Jaime Foxx) in Django Unchained. I don’t condone revenge as a way of life, but I do love the way Quentin Tarantino (Inglourious Basterds, Kill Bill) serves it up on screen: heavy on style, symbolism and national catharsis. Django Unchained opens on Christmas Day. Watch the trailer, please. You’ll be glad you did. 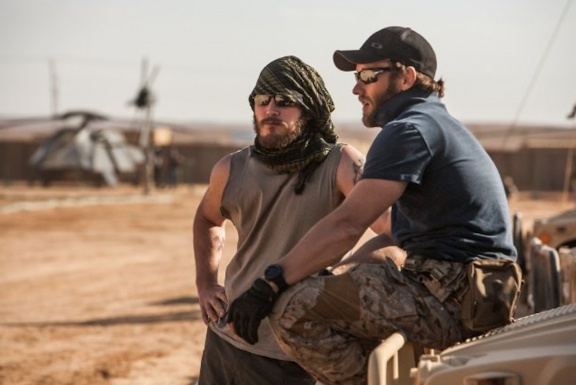 There’s a whole cast of good-lookers in Zero Dark Thirty, but I thought I’d give you Chris Pratt, a world away from Parks & Recreation, and Joel Edgerton (Warrior, Animal Kingdom), one of my new favorite actors over the past few years. The movie centers on Jessica Chastain’s (The Tree of Life, The Help) character, a female analyst who helps track down Osama Bin Laden. Zero Dark Thirty is based on the real story of the hunt for Bin Laden and is headed up by director Kathryn Bigelow (Hurt Locker). The sure-to-make-news film has a wide release on January 11, 2013. See the trailer here. The shot of Jessica Chastain’s pony-tailed silhouette on the American flag always gives me chills.

What (or who) is on your good-looking winter watch list?