The temps just drastically dropped here in Kansas City, and all I want to do is curl up under a quilt and get the good kind of movie shivers. I’m a sucker for screen suspense. There’s nothing like getting so caught up in a story that you find yourself clutching the person/dog/pillow next to you and yelling at characters who never take your advice: “Don’t! Go! In! There!”

That said, I’m pretty picky about my sources of celluloid scares. I like my goosebumps delivered artfully. I’d rather be creeped-out than grossed-out. And I want there to be a why behind the whoa. Put simply, I want horror with a heart and suspense with a story. Here are several examples you can stream right now over Netflix or Hulu Plus. And if you’re too scared to watch alone, come over to my place. I’ll have a quilt waiting for you. 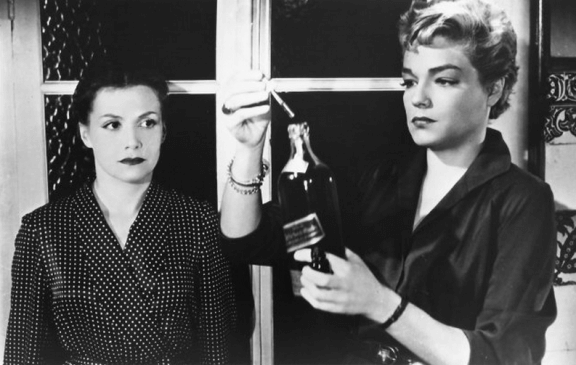 I watched this in high-school, thanks to a precocious film-buff friend, and I think I’ve just now recovered enough to see it again. Directed by a contemporary (and rival) of Hitchcock’s, this thriller has one of the most suspenseful final sequences ever made. The film starts off where many end: the murder of a Very Bad Man by his wife and mistress. It just gets creepier from there. Watch it on Hulu Plus.

Cabin in the Woods 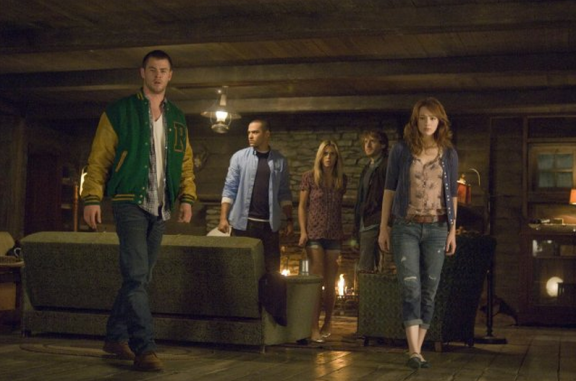 This is the perfect big-group Halloween movie night flick. It’s both a send-up and a celebration of the horror genre, and it will be enjoyed by both devotees and critics of the genre. Whedon fans will revel in its wit as the film takes on all kinds of scary movie tropes and spins them waaaaaaay out of control. I saw this film at its SXSW premier in a huge theater of very loud movie-goers; it was all kinds of fun. Be ready for both over-the-top gore and existential angst. Watch it on Netflix. 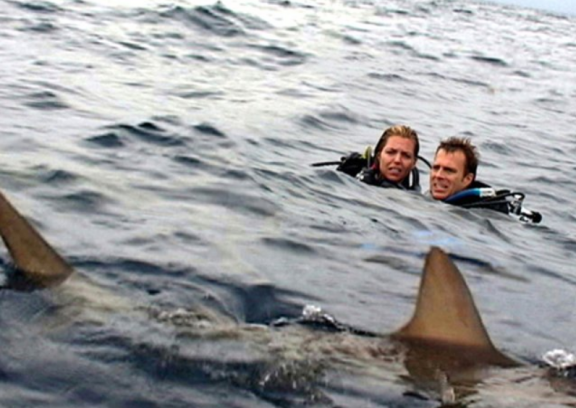 2003. Written and directed by Chris Kentis.

This low-budget thriller drove me to abject illogic. I knew I was at home on solid ground. I knew I was just watching a movie. I knew land sharks don’t exist. I still couldn’t keep from tucking my feet safely up under me just in case. The film’s plot is simple and based on a real story: A couple is forgotten by their scuba diving tour boat and must try to survive the seas on their own. This is a great suspense fix for people who don’t like supernatural storylines. There’s nothing ghostly going on here; nature is scary enough. Watch on Netflix.

Let the Right One In 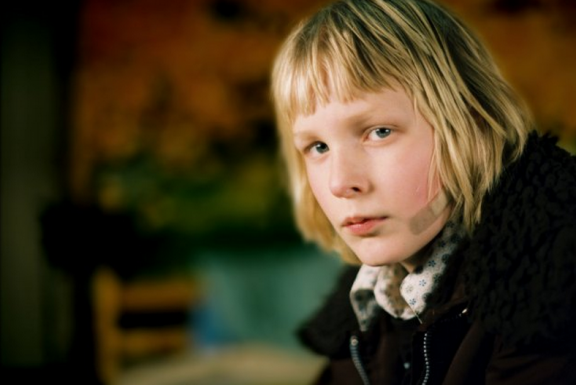 Like love stories? Have a thing for vampires? Not a Twilight fan? My friend Nicole reminded me to tell you to try this Swedish shiver-er on for scare-size. The film follows the young misfit Oskar as he befriends the intriguing Eli. It’s a beautifully shot movie that will make you ponder how far you’d go for the people (and/or creatures?) you love. Watch it on Netflix. The film had a well-received 2010 American remake that I haven’t seen; if you have, let me know how it was! 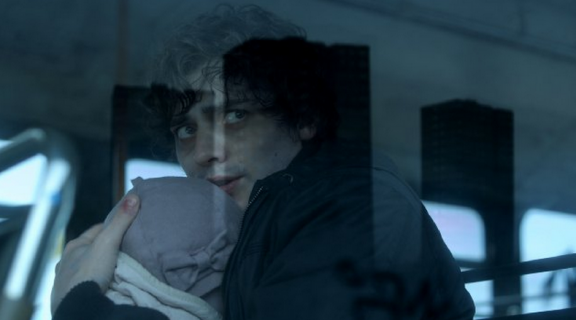 2012. Written and Directed by Ciaran Foy.

I’ve reviewed this cathartic Irish horror film on this site already, so I won’t go into too much detail, other than to say: See it. The tale of an agoraphobic father who must protect his child from just-glimpsed horrors both scares and (surprisingly) inspires. Watch on Netflix. 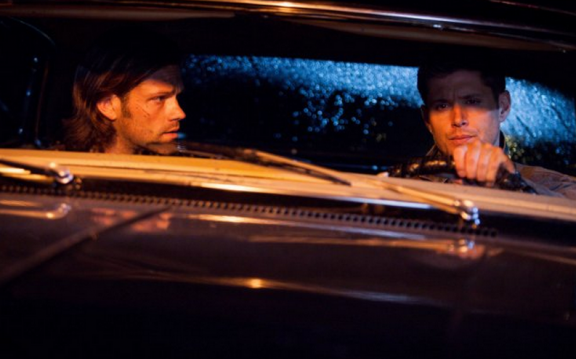 If you’ve talked to me for more than five minutes about TV, you know I love this show. At first glance, Supernatural sounds like typical CW silliness: Two (very good looking) brothers from Lawrence, Kansas, travel backroads in their ’67 Impala, killing demons and other Big Bads. But the show has Buffy-ish self-aware humor (producer Ben Edlund also worked on Whedon’s Firefly and Angel), unbelievable long-arc writing (imagine a writer’s room that has to figure out what happens after the apocalpyse), and serious heart. Watching all nine-and-counting seasons will  practically give you a grad degree in international folklore as most episodes feature myths and monsters plucked straight from global ghost stories. Watch on Netflix and Hulu Plus. 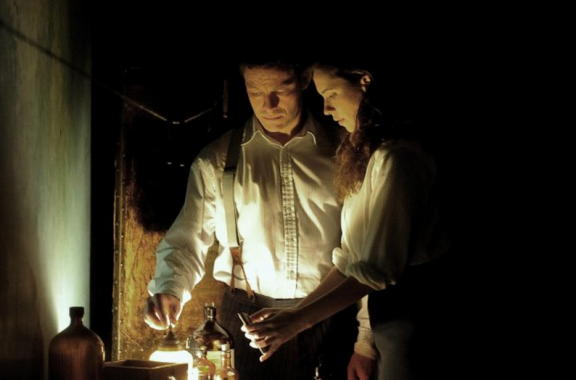 I watched this alone, at night recently and found myself scared enough to start checking over my shoulder and talking nervously back to the characters on screen. Maybe it was better I was watching solo: Crazy lady alert! The period horror-drama has solid performances from Rebecca Hall (The Town, The Prestige) as a ghost debunker and Dominic West (The Wire, 300) as a teacher at a purportedly haunted orphanage. Set in 1921, this is a good intro-thriller for Downton Abbey fans who normally avoid the horror genre. 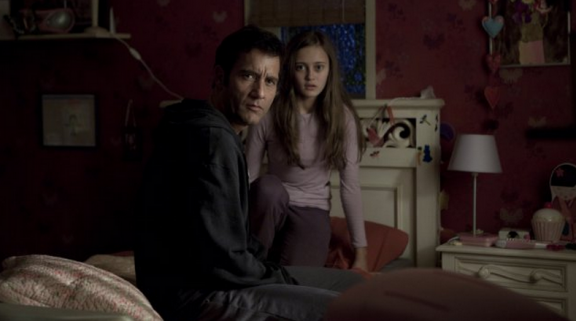 I saw this the same weekend I saw Citadel; it was a great intro to contemporary horror that examines deeper themes. This Spanish ghost story stars Clive Owen and follows the parallel stories of two children haunted by the same terrifying “Hollowface.” Under the surface, the story plumbs the perils of parenthood and the scars of family secrets. Watch on Netflix.

I’ve got a whole host of thrillers to catch up on in my queue, including the South Korean monster movie The Host and classics like  Rosemary’s Baby and Carrie. And I’ve got early Hitchcock to watch on Hulu Plus (including Foreign Correspondant and The Lady Vanishes). What’s on your October thrills list?

0 comments on “Spooky Streaming Suggestions for a Scary Season”