The lesson of the day: Talk to film festival volunteers. They’ve seen films, they’ve spent the whole day talking to people about what films they’ve seen, they know everything. My go-to movie info guy in the press & industry tent highly recommended Imperial Dreams, so I jumped on the waitlist for a public screening and booked it to the theater. I was glad I did. Reviews below. 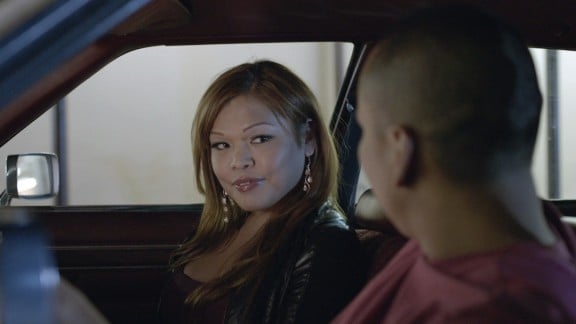 Drunktown’s Finest follows three Native American young people on the verge of big change as their lives intersect on and off the reservation. Sick Boy (Jeremiah Bitsui) has a pregnant girlfriend, a quick fuse, and four days to stay out of trouble before he starts Basic Training. Felixia (Carmen Moore) is a transgender woman trying to make it as a model; she’s also using the world’s oldest profession to fund her dreams. Nizhoni (Morning Star Wilson) is a soon-to-be college student looking for answers about her biological parents. Director Sydney Freeland weaves their stories together in a way that feels believable, not forced, and all three characters’ struggles are compelling. 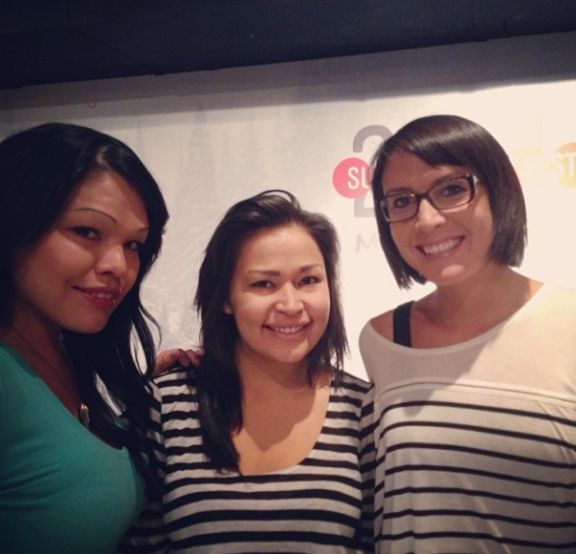 I had a chance to sit down with Moore, Wilson and Freeland to talk about their Drunktown’s Finest journey. The film’s authenticity is served by the team’s deep connections: Freeland was born and raised on the same reservation as Wilson and Moore; Wilson and Freeland are sisters. Drunktown’s Finest was shot in Santa Fe, Gallup and Espinola. She said the residents of the reservation welcomed them with open arms, letting them film in their homes and even making them lunch. Their budget was “less than Avatar,” Freeland joked. “But we made that budget look good,” Wilson smiled. It took them three years to fund the film, and Freeland credits producer Chad Burris with securing the money needed to start shooting.

I hope they get wide distribution because Wilson and Moore’s personal experiences add impressive vulnerability to their performances. Moore is a transgender woman herself, and said she identified strongly with Felixia. “I am the character.” She shared some of Felixia’s struggles to be accepted in her community and said that the role made her face some of those painful memories. Like her character, Wilson lost her father to alcoholism as a child. Nizhoni’s need for familial connection was meaningful to Morning Star. She also took part in the traditional coming-of-age ceremony depicted in the film and said that day on set was particularly moving.

With a production and story strongly grounded in their roots, Freeland and her talented cast have created a sensitive and hopeful portrait of  young Native Americans. 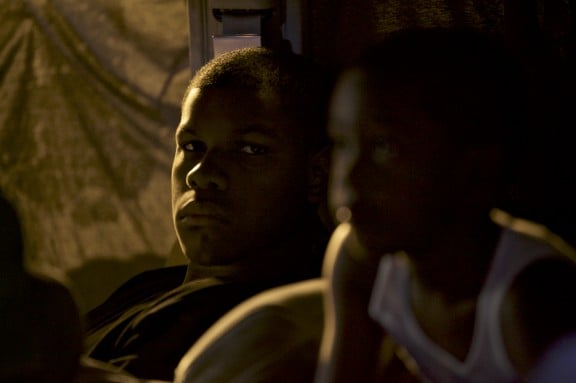 Another film deeply rooted in its setting, Imperial Dreams tells the story of Bambi, a single father and emerging writer, just out of prison, who’s trying to do right in Watts. Bambi is played by London-based actor John Boyega, who so deeply inhabited his American character that he caused gasps when he spoke in his native accent in the post-screening Q&A. Boyega shows us Bambi’s anguish as he tries to care for his son through honest means. Every good choice he makes seems to push him further from the stability he craves for his son. Bambi vacillates between the hard edges that helped him survive during his early life and the soft heart he knows his son needs, and Boyega does a tremendous job cycling through Bambi’s fronts and fast-turning emotions. It’s a performance that should earn him some much-deserved attention. First-time feature director Malik Vitthal helms this poignant look at the difficulty of doing right when everything around you is wrong, or as Bambi calls it in his book-in-progress, “being true to yourself in the moment.” It’s a gorgeous film, one of my favorites of the fest, and one I hope you all have the chance to see very soon.

The One I Love 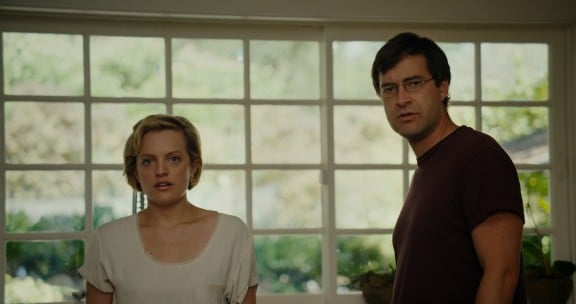 Elisabeth Moss and Mark Duplass in Charlie McDowell’s The One I Love. Photo by Doug Emmett.

See those what-just-happened looks on struggling couple Sophie’s (Elisabeth Moss) and Ethan’s (Mark Duplass) adorable mugs? You’re gonna feel that same expression on your own face when you watch The One I Love, alternated with lots of big laughs. First-time director Charlie McDowell delivers super weird fun in this original relationship film disguised as a twisty comic freak out. I won’t ruin it by saying more than that. Just promise me you’ll go when it comes to a theater near you. And take me with you because I want to see it again.