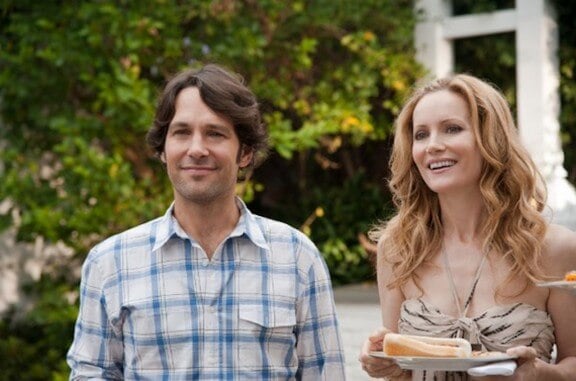 Apatow has stuffed his “sort of sequel” to Knocked Up (focusing on the lives of supporting characters Pete and Debbie as they navigate middle age and a maturing marriage) with a who’s who of hilarious folk. Jason Segal, Charlyne Yi, Michael Ian Black, Lena Dunham, John Lithgow, Melissa McCarthy, Albert Brooks…the list goes on and on and on. I might go to this one just to find out how Ryan Adams (playing himself) finds his way onto this cast list. Of course, I tend to like the sticky sweet hearts of Apatow’s super-crass-on-the-outside comedies.

Early Reports: 70% fresh-rating on Rotten Tomatoes. The Hollywood Reporter writer Todd McCarthy says: “Even with all its ups and downs, there are more than enough bawdy laughs and truthful emotional moments to put this over as a mainstream audience pleaser during a holiday season short on good comedies.”

Go if: You’re looking for an adult comedy with an appropriately holiday-feel-good finish for a movie-going group. 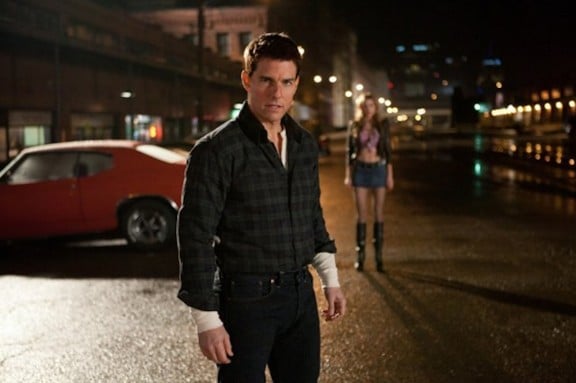 Written and directed by Christopher McQuarrie (writer and director of The Way of the Gun, writer of The Usual Suspects, Valkyrie, The Tourist)
Based on the book series by Lee Child
Starring Tom Cruise, Rosamund Pike and Richard Jenkins

Forgive me if I’m curious in what era this film is set based on the still above (His grunge flannel! Her ’80s tie-up shirt! The late ’60s, early ’70s muscle car!). Also forgive me for hoping it’s the ’80s, when a Tom Cruise movie was dependably awesome. The trailer for this film has me hoping for popcorn-y, action-y goodness from this flick about a former military investigator called on to make sense of a sniper shooting.

Early Reports: 70% fresh rating on Rotten Tomatoes.  Again, The Hollywood Reporter‘s Todd McCarthy helps us out with this review: “Tom Cruise might not be the 6-foot-5 rock described in the books, but he makes the title role fit him like a latex glove in a winning turn that could spawn a popular new franchise for the star, if public reaction to Christopher McQuarrie’s film is as strong as its fun quotient warrants.”

Go if: You need a quite-possibly-solid action flick to calm the restless fam (older kids only; this movie is rated PG-13) 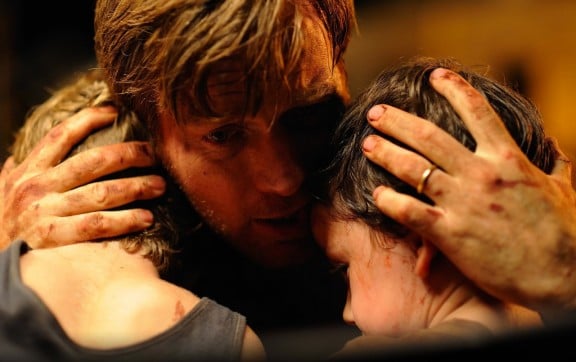 The trailer for this based-on-a-true-story film has been making me cry in theatres all across town. (The Damien Rice cover of one of my favorite songs of all time sure didn’t help stop the tears.)  The movie tells the tale of a family vacationing in Thailand when the 2004 tsunami hit… and the horror and hope they discovered in the aftermath.

Early Reports: 83% fresh rating on Rotten Tomatoes. Variety writer Justin Chang says, “The most harrowing disaster movie in many a moon, The Impossible marries a tremendous feat of physical filmmaking to an emotional true story of family survival. Cannily fusing spectacle and uplift in a distinctly Spielbergian manner, talented Spanish helmer J. A. Bayona captures the devastation wrought by the 2004 Indian Ocean tsunami with a raw, sickening intensity…”

Go if: You need a film guaranteed to make your family drop arguments and start hugging. (Again, for older family members only; rated PG-13. Chang calls the film “not for the squeamish”.)

The Guilt Trip. Directed by Anne Fletcher (Step Up, 27 Dresses, The Proposal). Written by Dan Fogelman. Starring Barbara Streisand and Seth Rogen as a mother and son on a cross-country road trip. I love the Grand Canyon scene in the trailer.

Amour. Written and directed by Michael Haneke (The White Ribbon, Caché, Funny Games, The Piano Teacher). Starring Jean-Louis Trintignant and Emmanuelle Riva as a octogenarian couple whose relationship is put to the test. Critics are raving about this Austrian film by the famed German director.

What are you planning to see this weekend?