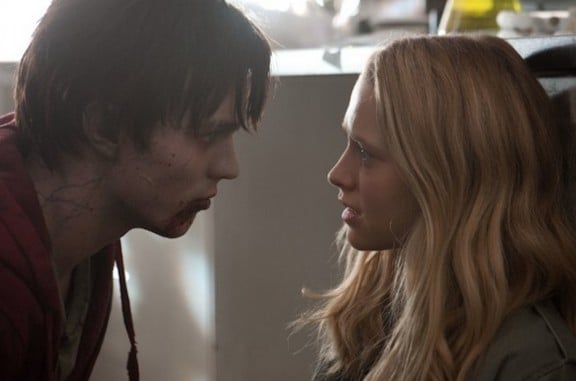 The Valentine’s Day movie-going season is upon us, for worse or for worse. Fortunately, the first lovey-dovey date film I have to announce features brain-eaters. Warm Bodies has a couple other things going for it, too. First, it’s directed and adapted (from the Isaac Marion novel) by Jonathan Levine, who was behind one of my favorites from 2011, 50/50. Secondly, it stars the charming (and fully grown up) Nicholas Hoult, who I’ve been following since About a Boy. And, as mentioned, zombies. Can love bridge the undead-notyetdead gap? I am really looking forward to finding out. Rotten Tomatoes has the unique rom-com at 73% right now. The New York Times‘s Manohla Dargis writes, “‘Warm Bodies’ is an improbable romance sweetened with appealing performances and buoyed by one of the better cute meets in recent romantic comedy…” 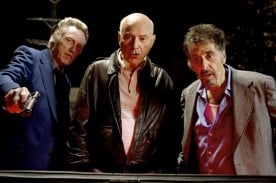 Walken, Arkin and Pacino together? As aging con men? Don’t mind if I do. Except Rotten Tomatoes says don’t (only at 31% now). Critics seem to be blaming director Fisher Stevens and writer Noah Haidle because these three actors are, well, stand up guys. Scott Bowles at USA Today writes, “It’s been a long time since a movie wasted as much talent as Stand Up Guys, a film that aims to be a geezer Goodfellas but whose execution is a misfire.”

Bullet to the Head 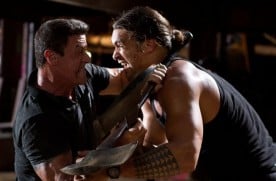 This action flick (directed by Walter Hill) balances on two improbabilities: 1) A hit man and a cop work together to bring down a bad guy. 2) Sylvester Stallone is still going strong (bullets, axes, fists) in his upper sixties.

Critics haven’t been too kind to the film so far, but they are having fun writing zingers. David Hiltbrand at the Philadelphia Inquirer—home of Rocky‘s famous stairs—says “Bullet to the Head indicates that we’re rapidly approaching an era of big-bang movies with stars on mobility scooters. At the time of writing, it only has a 43% fresh rating on Rotten Tomatoes.

0 comments on “{weekend watch} Warm Bodies, Stand Up Guys, Bullet to the Head”