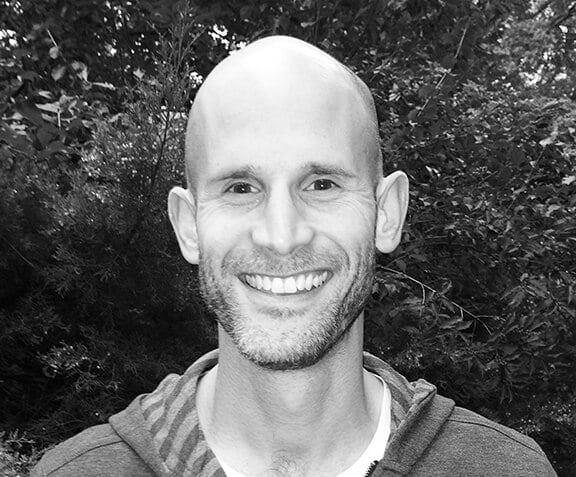 For the past 8 or so years, I’ve played in the worship band at my church, and love it.  Oh man, there are so many reasons why I love it.  But in addition to the music and worship and all of that good stuff, one of the things I look forward to most about those Sunday mornings is getting to hang out with the other members of the band.  There are lots and lots of musicians who rotate as members of the band, but I have consistently blown away over the years by all of them, not just by their talent, but by what incredible people they are.  And today I’m happy for you to meet one of them — my friend Kevin.

Since I met Kevin while playing in the band, I feel like I should start off by mentioning that Kevin is indeed a terrific bass player, and a skilled and thoughtful musician in general.  (For those of you in the Christian music circles, you might be interested to know that he played bass with David Crowder back in the day down in Texas!)  But today Kevin and his super-cool wife, Julie, and their three young kids make their home in Kansas City, where he is the senior VP for a national community development nonprofit that builds affordable housing, counsels new homebuyers, and works to make neighborhoods across the US great places to be.  It’s fascinating and important work, and he’s incredibly passionate about it and works hard to give the job his best.

But perhaps more importantly, Kevin is one of those guys who also gives his best to life outside of work.  He is a very intentional guy, and as such, I will vouch that this has resulted in a life characterized by a lot of wisdom, selflessness, adventure, humility, sincerity, faithfulness, hard work, creativity, traveling, bicycle-riding, thoughtful-parenting, home-fixer-uppping, and lots of fun.  Oh yes.  Any glance at his Facebook feed and photos of their family adventures will tell you that they know how to have fun.   :)

But one of the things I admire most about Kevin is his posture in life for learning, and the value he places on learning how to do things well.  In our overcommitted world where people too often try to do All The Things (at 100mph), Kevin is one of those friends who has learned the value of focusing in on a few things at a time, and doing them with excellence.  I have watched that prove true in things like learning how to upholster a vintage couch, or becoming an expert bike-rider, or writing his first novel, or any number of other projects and passions that come up in his life.  But he also does the same with relationships, and is one of the most focused and attentive people I know, always listening carefully, asking good questions, following up, and generally being very present in conversations.  It has earned him my total respect and the respect of so many others, and always inspires me to want to be more present with the people in my life.

And, I must say, the overflow of all of this is a life that’s full of loads and loads of wisdom.  I’m crossing my fingers that he writes more in the future to share some more of that wisdom with the world.  :)

But today, we at least get a glimpse, as Kevin is here sharing 10 things that he’s learned in life.  It’s good stuff.  Enjoy!

1. Everyone has a good story.

I LOVE stories and have been amazed at the comedy, tragedy, oddity, and wonder present in the lives of everyday people. I once met a guy named Lonny in Waco, TX. He was homelessish and told me all about hitching rides on trains to chase seasonal work across the United States. He said he never asked people for money but rather looked for discarded things along the highway to sell. He said it was amazing the things that got thrown out of windows—watches, phones, and wallets—he suspected in the midst of heated arguments between quarrelsome couples. People’s stories are like that—waiting to be found in plain view if we just slow down long enough to listen.

My love for thrifting started in high school when my buddies and I sought cool vintage Ts. I’ve mostly moved on from vintage Ts, but our whole family now loves buying used goods. We buy things for our kids, clothes, housewares—you name it. We try to find it thrift. I like the idea that things get second, third, and fourth chances before they wind up in a landfill. My favorite used find: a 1960s tufted leather club chair.

Newton said that a body in motion stays in motion and a body at rest stays at rest. I, like many, sit at a desk behind a computer, at rest, for much of the day. To make sure that my body will stay in motion, hopefully to a ripe old age, I regularly get up from my desk to do pushups, sit ups, burpees—anything that gets the blood moving. It may look odd to my coworkers, but I believe that we were made to move.

(Ali’s note: I also couldn’t resist including another “thing” that Kevin wrote. Walking In Cities Is One Of The Best Pasttimes. Every city has its quirks and flow and culture and architectural nuances that set it apart. I travel a fair amount for work, and one of my favorite things to do is walk around different cities. Maybe it’s the movement I love paired with my love for design. I don’t know. I just love cities and think that everyone should spend time walking them. You come to respect the efforts and creativity of those who labor to build them and the challenge we have to maintain and add to their greatness.)

No matter the emotion or experience, music can make it better. Feeling melancholy? Nothing like the National or Alexi Murdoch. Feeling hopeful? Sigor Ros. Want a country roads driving soundtrack? Ryan Adams, Neko Case and Paul Simon. Our family makes a summer vacation soundtrack each year, and those songs continue to be nostalgic for us, bringing back memories of the Rockies Mountains, Lake Superior, and the plains of Kansas.

If man cards really existed, I handed mine in years ago. From a young age I knew I didn’t fit the stereotypical male archetype. I don’t care about sports (except cycling). I don’t like fast cars. I don’t crave red meat and have never grilled a steak. At family gatherings when the men-folk gather around the television to watch the game, I am typically in the kitchen helping cook and sharing stories. I used to wonder if this was okay—if I was okay. I’ve come to learn that gender roles are cultural more than anything. I want my sons to grow up in a world where being a man doesn’t mean that you have to like sports and where liking fashion and design doesn’t mean you’re gay. I’m lucky to be in a marriage where our gender roles are often swapped. When my wife and I are out to dinner on a date, it’s not uncommon for the waiter to come with our plates of food, laying the steak before me and the salad before my wife. We laugh and switch the plates. So what if I like a good salad? The back of my non-existent man card says that’s okay.

7. Bicycles are the best machines ever created.

I am a cyclist, non-competitive, but love all things bike. I watch the Spring Classic European races online, broadcast in Flemish. My kids sit on my lap, and I explain to them how riders are getting into position for the sprint finishes. I cheer with them for the breakaways and we collectively lament when a lone escapee gets swallowed up by the peloton. The point is the bicycle is worthy of praise. I don’t know if it’s true, but I have heard that there is no more efficient machine than the bicycle. Even if it’s not true, I want to believe it. It’s a sport for all ages. One of my favorite things on the bike is being passed by someone twice my age. Say “hello” to a cyclist, and I guarantee you that you’ll get a goofy grin in reply, regardless of their age.

8. The pursuit of beauty (and doing good work) is a holy calling.

I remember my wife, who loves interior design and is quite skilled at it, questioning if this was a worthy calling. After much discussion, we finally came to the conclusion that beauty matters because God made beauty. We now take joy in pursuing design together. I think it is a holy calling.

If interior design can be holy– and I think that every vocation can be holy– then part of the calling is to give it your all and do your best. I’ve got so much respect for people who do good work, regardless of their profession. To quote Thomas Merton: “God does not demand that every man attain to what is theoretically highest and best. It is better to be a good street sweeper than a bad writer, better to be a good bartender than a bad doctor….”

There is nothing like slipping a blazer that perfectly fits your frame. Invest in clothes that fit well. You’ll feel better, look better, and won’t look like you put on your big (or little) brother’s clothes.

9. People shouldn’t be demonized or deified.

A recent Wall Street Journal article about Sony’s $2.15 billion loss included a picture of the CEO, Kazuo Hirai, bowing before the group of investors as he apologized for the staggering losses. His posture reminded me that he, though he CEO of a massive international corporation, is still a just a person. He experiences humiliation and embarrassment the same as anyone else. It’s so easy to demonize or deify people; but, in reality, they are just people who need the same love and encouragement we all do.