April in Movies: Three Festival Favorites To Kick Off Spring 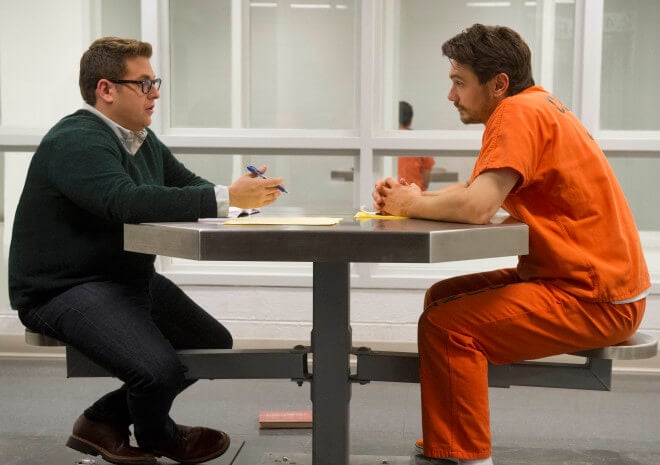 I’ve spent the first quarter of the year watching a lot of movies.

I went to Sundance in Park City; True/False in Columbia, Missouri; and SXSW in Austin. I don’t have an official count yet, but I think I’ve seen 85+ films since the beginning of 2015. And some of those are starting to get released in theaters. I’m so excited to tell you about three I especially liked this month.  If you have a chance to see them, be sure and tell us what you think! 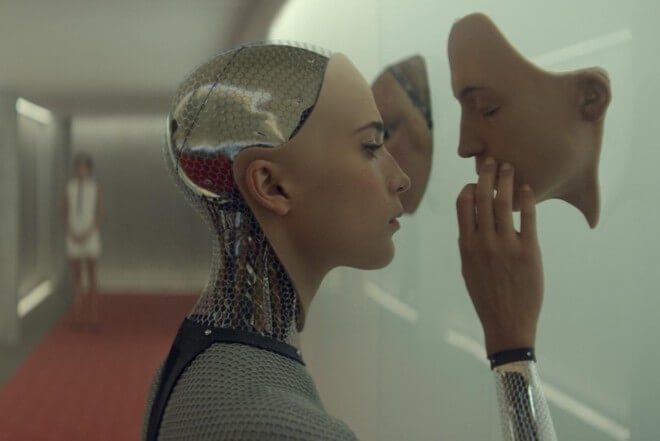 I love a thought-provoking sci-fi flick. I love a taught thriller. And I love a movie that isn’t afraid to weave some progressive gender politics into a great story. So I loved, loved, loved Ex Machina. This is writer (20 Days Later, Sunshine, Never Let Me Go, Dredd) Alex Garland’s first directing effort, and he delivers with a tale that asks “What is consciousness? Who is human? And who gets to decide?”

Domhnall Gleeson is Caleb, a programmer who wins a trip to his reclusive boss’s hideaway* to help with a secret project. Oscar Isaac plays Nathan, the enigmatic boss, who switches from bro to puppet-master and back faster than Caleb can track. Caleb’s job seems to be to test Nathan’s latest artificial intelligence project, Ava (Alicia Vikander). But is it that simple?

As Caleb interacts with Ava and discovers more about Nathan’s work, Ex Machina explores themes of control, manipulation and freedom. As the film unfolds, it also plays with audiences’ narrative expectations of sci-fi stories, especially because of the genre’s preponderance of male creators. This story works on the surface as a surprising near-future thriller, but I also posit it can be read as a critique of misogynistic sci-fi culture.

As the credit rolled, I thought, “Wait a minute…was that just one of the most provocative feminist endings I’ve ever seen? Or am I just reading what I want to see into it?” And then Savages’ “Husbands” started playing. And I laughed. Nope, not reading anything into it. There’s definitely a woman-power subtext to this flick! (The film’s promoters also had some fun playing on the sexy-robot approach other less thoughtful sci-fi films have taken.) If you’re a sci-fi fan—or want to be—see Ex Machina as soon as you can!

*The film was shot at the Juvet Landscape Hotel in Norway. I also love stunning modern architecture locations! 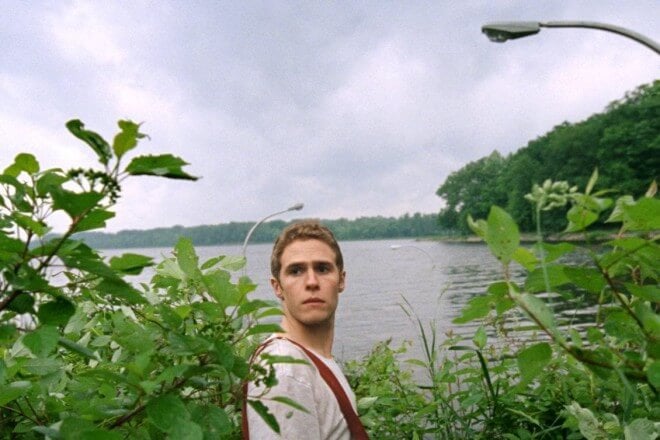 Here’s the one time you can feel sorry for Ryan Gosling: His directorial debut seems to be getting a much harsher treatment from critics than other non-celebrity, first-time directors. But I watched a sizable amount of debut features this winter, and Lost River is one of my favorites.

Far from a vanity project, Lost River is an ambitious and dark urban fairy tale. While unknown directors would get credit for reaching, Gosling gets criticized for trying to transcend genre and make something out-of-the-box. It’s the drawback of being on top: Sure, you can get mentoring from buddies like Guillermo del Toro and recruit A-list talent, but critics will want you to play by the rules. (See the good reception for Ben Affleck’s by-the-book directing—solid movies, all, if not particularly imaginative.)

But I’ve got a soft spot for filmmakers who try to communicate a theme through a complex, layered story. And that’s what Gosling does well. He uses decaying ruins in Detroit (unnamed) as the backdrop for a tale of three archetypal fairytale characters (you can see them as a Queen, a Prince and a Princess). Instead of the normal rescuer/rescuee fairytale structure, all three of these heroes fight their own battles. Sure, Gosling seems to be trying out a variety of visual techniques, but they all at least supported the story, not distracted from it. I look forward to his future work, when his aesthetics clarify and tighten. He already has the story sense down.

I love the feeling of recognition in the last frames of a film, where an image or two communicates the heft of a story—the spark of why the filmmaker was telling the story. Lost River had that kind of visual theme revelation for me. And the benefit of going to film festivals is that you can confirm what you saw with the director’s intentions during the Q&A. What Gosling said he wanted to communicate with the film came across clearly to me, which is a win in my critic’s book.

After a journalism scandal calling Finkel’s commitment to the truth into question, he retreats to sort out his career and life. During this retrospection, he finds out the recently arrested Longo was using his name while he was on the lam. Finkel gets in touch to find out why and soon finds himself writing about Longo’s life, case, and possible innocence. The medium is the message with this film. Its twists and turns reflect its theme: What is truth? Can we know it?

Goold makes a quiet argument for truth’s imperative, through the character of Finkel’s wife, Jill (Felicity Jones). While it’s a delight to watch Franco and Hill spar and parry, Jones carries the moral weight of the film in a few memorable scenes. If you like philosophical thrillers, this one’s for you.

The Clouds of Sils Maria (April 10)

2 comments on “April in Movies: Three Festival Favorites To Kick Off Spring”