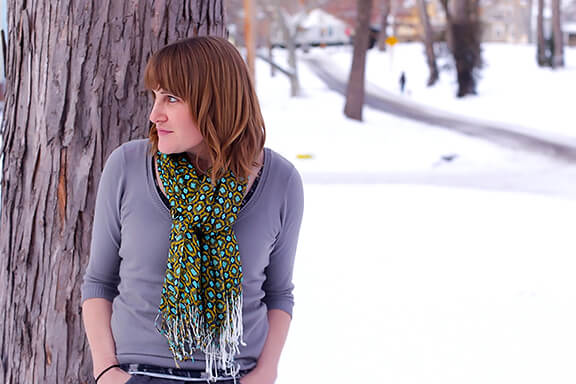 Today we are kicking off a new series on the blog called “I’ve Learned”, in which people share 10 things — any 10 things — that they have learned in life.  I have been looking forward to launching this for months, mostly because I’m just completely curious and excited to hear what people will have to say.  There may be a sprinkling of bloggers in this series.  But mostly I will be interviewing friends and people in my community who I love and admire and would love to learn from.

When dreaming about this series, my friend Michelle was always the first person who came to mind.  So I was thrilled that she agreed to go first.  Those who know Michelle know that she is a total “learner” herself in all of the best ways.  She’s curious, she’s reads (a lot), she’s incredibly active with her neighborhood and community, she travels, and she spends time building relationships with all sorts of great people.  She’s also someone who quite simply does a lot of good in life.  She has built a career upon teaching and developing programs for adults learning English, which she does with a lot of heart and dedication and creativity.  But while she would never mention it, she’s also constantly spending her spare time with those who might need an extra hand or tutor or volunteering.  Basically, Michelle is one of those people who’s making the world a better place day by day in her own cool way.  And I think she’s pretty great.  And I also think it’s very great that I get to count her a friend.

So now it’s your turn to meet Michelle…

1. Stories can be real regardless of if they are true.
I have read a lot of books.  When I was young, I would sit in the back of my family’s minivan and read for so long that my sister got terribly annoyed at my lack of interest in playing with her.  But some of those stories have become dissolved into the molecules of my being.  “East of Eden,” for example, holds characters and moments and dialogue that have shaped my psyche and formed my character.  Of course, biographies and other stories of fact can do the same thing.  A well-lived life and a well-told story can both alter the scope of my imagination.  The “truthiness” almost becomes irrelevant at some point; these stories are real.

2. “Do you LOVE it?”
I can thank my boyfriend David for this one.  It relates to shopping, and yes, I find it important enough to include in this list!  I shop to buy, but I also shop to unwind, to move my body and let my mind do basically nothing.  So my shopping-related decision making is not so steady.  Sometimes I come home with things that are a good deal or a novel find.  But too often those things aren’t worth the time or money I spent buying them.  “Do you LOVE it?” is the question David asks to help me avoid gathering more crap into my home and my life.  “Look at this purse!  I think I could use it!  And what a deal! Why not?!” “But do you LOVE it?”  Oh right.  No, I do not love it.  It’s just kind of nice, and it will clutter up my my world until I get rid of it.  If I can hold out for what I love, my life will actually feel happier.

3. Writing down what you believe is an enlightening and humbling exercise.
This one also comes from experience with my boyfriend.  While trying to communicate about the role that faith plays in our lives, we found we sometimes spoke in circles.  So we decided to separately write down what we believe.  No qualifications or rules, just whatever was important to include.  The core.

Writing it out was not easy.  I had to admit the things that used to be clear and are now pure mystery, or even untenable to me now.  I also got to articulate the perspectives on God that give me hope and faith in the universe, humanity, and myself.  It was hard to be honest.  I have a good amount of faith in faith, but I often feel I don’t actually have a lot of faith, possibly because it looks so different now than when I was younger.  But as I wrote, I sometimes felt comforted that yes, although belief remains murky and mysterious, its role in my life is still a centering one.  I would recommend this “assignment” to anyone.

4. Memory can be a team sport.
I have a terrible memory.  This is largely due to actual medical issues, but it has caused a fair amount of grief in my life.  Before I was diagnosed with epilepsy in an area of the brain that solidifies memories, I watched the faces of people I love droop when I had to say, “no, sorry, I don’t remember that time that we had that important conversation / took that special trip / did that crazy thing.”  But in the last couple of years I’ve been able to acknowledge my brain for what it is, and my friends and family regularly chime in to fill in the blanks.  Things have improved with medication, but we still work together to keep rewriting our shared experiences on the walls of my memory.  This entry could also be called, “Have gracious and patient friends and family who also have a really good sense of humor.”

5.  Friend traditions are crucial.
Monthly book club “thumb votes.”  Friends Thanksgiving.  Seder meals.  A rooftop on the 4th of July.  Birthday parties that involve PowerPoint presentations on quite random topics of choice.  These things have become non-negotiable ways to mark time, and to say “you are my people!”  I do have a fantastic family, but I am unmarried and do not have children.  So especially for someone who has not started a family of her own, I think that stubbornly clinging to ridiculous traditions among friends quite simply makes my life better.  Note:  You also have to let traditions go when it’s time.  You can’t force it.  When it’s time, it’s time; don’t worry, because you’ll come up with another one without even trying.  The thing is that even if individual traditions evolve or disappear, you make patterns that reinforce the “us-ness” of “us.”

6.  Rest isn’t the opposite of productivity
Ok so I haven’t actually learned this at all.  But I’m trying.  Or maybe I’ve learned it in one very smart corner of my brain, and now that part of my brain is trying very hard to get the rest of me to listen.

7.  Parallel Parking
I can park like a pro.  If you ever need a lesson, let me know.  I’m your girl.

8.  Grammar
When I had my first really good grammar teacher, the world opened up to me in a new way. “Hey look!  All the stuff we say is made of patterns and building blocks that all fit together without us really even trying!”  So when I learned about how these patterns work, I was fascinated.  Grammar, and language in general, is (almost) democratic.  It’s not a set of rules that are inherent in the universe that we must obey.  It’s a set of rules that we’ve all agreed to play by, or that we play by without even knowing it.  It can change.  Language is whatever we make it do.

I now teach English as a second (or third or fourth) language to adults.  I try to use as few grammar terms as possible as I teach my students about subordinators, adjective clauses, and non-count nouns.  I want it to become second nature to them, not a list of obscure rules.  Some of my best days as a teacher are when a student tells me that they don’t have to think about it anymore; they can just use the language.  Grammar is the scaffolding that we use to build our communication, and don’t hate me, but I’ve learned that I love it.

9. The Enneagram
I love a good personality test.  Who doesn’t love to analyze him/herself and then have a format for analyzing and understanding others?  The Enneagram is in the vein of personality tests, but in my opinion, by far more insightful and useful.  If you haven’t heard much about it, it’s based in several ancient wisdom traditions and describes 9 “types.”  (I’m a 5, the “Investigator,” through and through.) The system describes not just what you do as your type, but why you do it, and what you look like when you’re healthy (or not).  My healthy is not your healthy, and my mess is not your mess.  It truly helps me to recognize good and bad patterns in my life, and to be more understanding of my friends, family, coworkers, and others.  If you aren’t familiar with the Enneagram, consider making a New Year’s resolution to dig in.  Be warned:  you may find yourself seriously nerding out on this!

10. Delight
I’ve learned to just revel in things that delight me, wherever and whenever they show up.  For me (including but not limited to):  the early morning.  Mass humanity (parades, grocery stores the day before Thanksgiving, big races).  Poetry.  A really good joke.  The moon.  Hearing stories about my parents and grandparents in their youth.  Car washes.  Wigs.  Campfires.  Personal mail.  Drive-through french fries. Successful baking.  And lists.