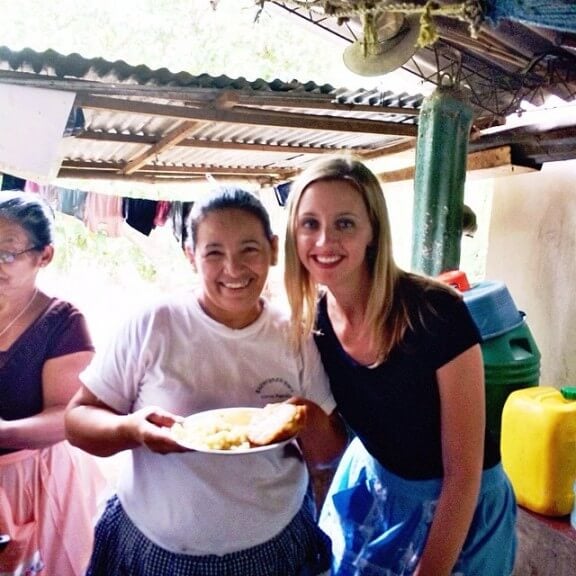 Anne of Green Gables once said, “I wonder what it would be like to live in a world where it was always June.”

Well, if I had to live in a world that was like this past month, I’d take it.

This June just felt like such a whirlwind of adventure and goodness all around.  To be sure, it was a bit of a whirlwind — two trips out of the country (well, one to Texas, does that count? ;)), two visits with family in town for a few days, an exciting work project in the works behind the scenes, first-time experiences, surprise parties, hair cuts, happy hours, and blessedly hot summer days galore.  But it was awesome. 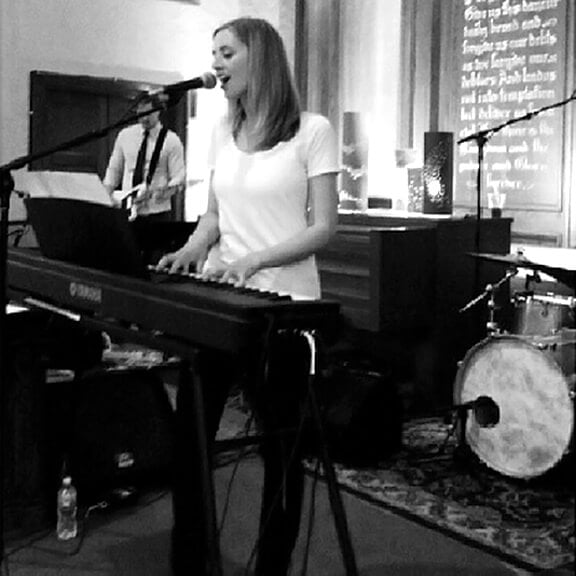 Without a doubt, one of my favorite parts of the month was kind of a “full circle” sort of moment when I was invited to lead worship at my church for a Sunday.  You can’t tell from the picture, but there’s a full band on the stage of some really great people who were also a part of the team that morning.  And long story short, it was just such a thrill.

For those who don’t know, I used to lead worship as part of my old job before I became a full-time blogger.  I actually really became a Christian many years ago thanks to worship music, and singing and worshipping is still the way I feel closest to God.  But when I left that job, I made my peace with the fact that my worship leading days might be over, which was a little bittersweet.

This summer, though, I was asked to be one of the musicians to help fill in for our worship leader while he’s on sabbatical, which came as a big surprise and just felt really humbling.  To get the chance to stand up and do what I love to do, alongside friends I respect, with a church I deeply love — it doesn’t get much better, and just felt really, really special.  So grateful that this church is my home. 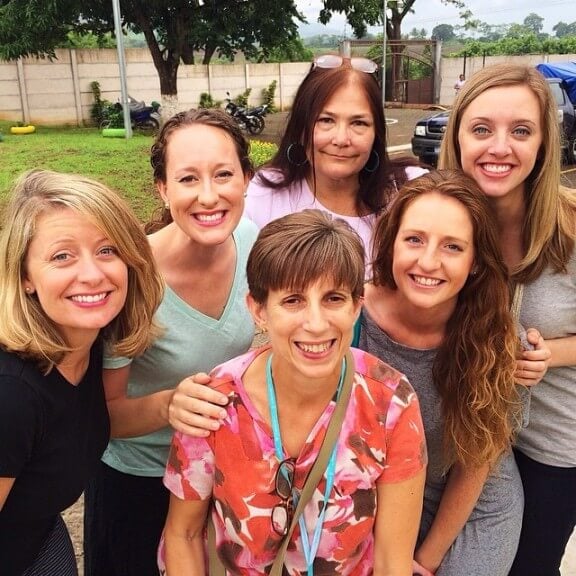 The other major highlights of the month were two incredible trips…made with some incredible people!

The first was my trip to El Salvador with the organization Unbound.  You can read on the blog about my trip and 10 Things I Learned, and I’ll be sharing more about it later this week too.  Such an incredible time. 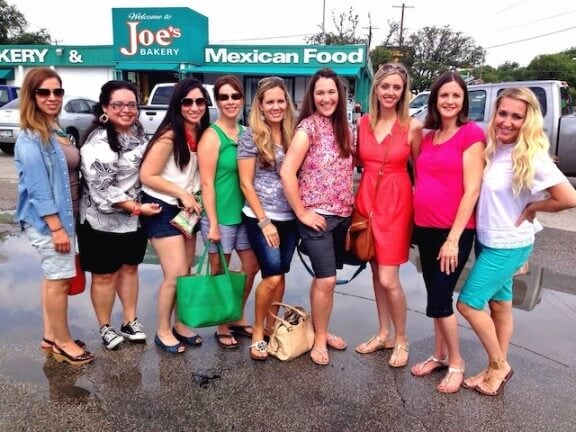 My second trip of the month was to Austin, along with this lovely crew of bloggers who are going to be partnering together next year to share about Old El Paso.  We spent a busy few days eating 5 million tacos, hanging out and talking life and blogging, and (ok maybe this was just me) completely falling in love with the city of Austin.  I really, really love that city. 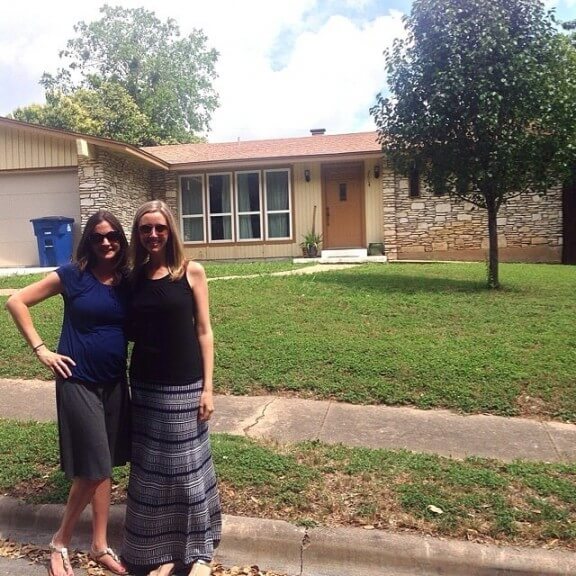 Of course, one of the reasons I first fell in love with Austin is because it’s the home of Tim Riggins and Friday Night Lights!  Seriously, Taylor Kitsch still lives there, and the entire series was filmed there.  So my friend, Maria, and I couldn’t resist the opportunity to stick around for an extra day and take a driving tour around town to visit some of the places where the show was filmed.  (Big thanks as well to our friend, Jeanine, who graciously took a morning to hang out and drive us all over town to see the film sites.) 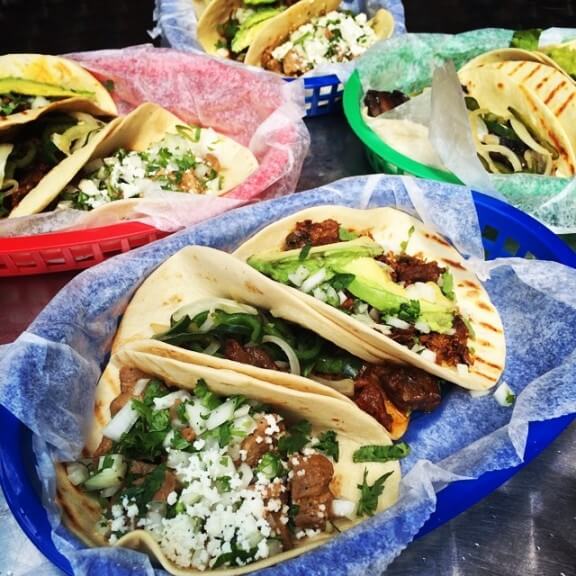 The month of June was thus filled with some pretty great food, including Austin tacos galore… 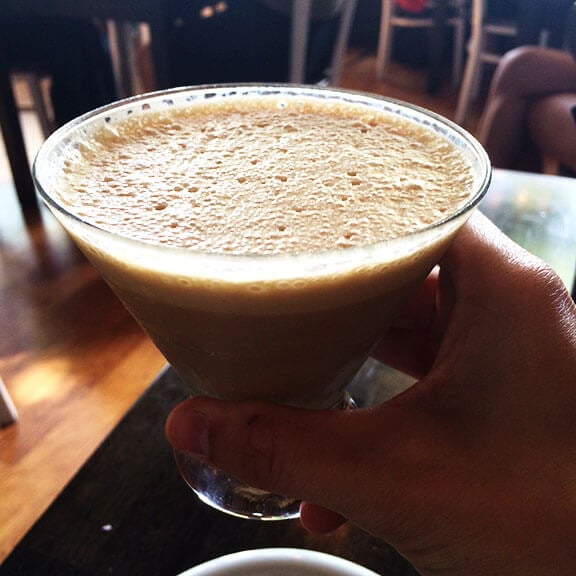 …and then also coming back home to lavender-infused experimental lattes at my favorite coffee shop.  Delish. 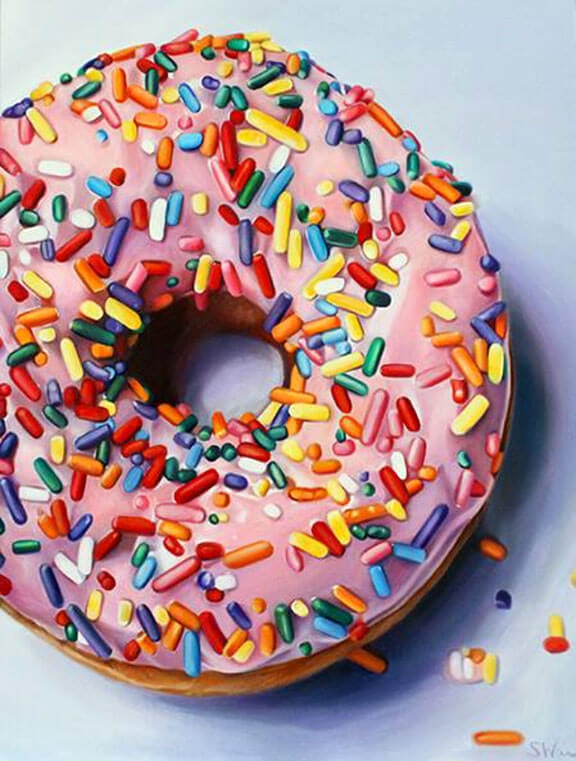 I also spent the month stalking my sister’s recent painting, which blew my mind.  All. Of. Those. Sprinkles!! 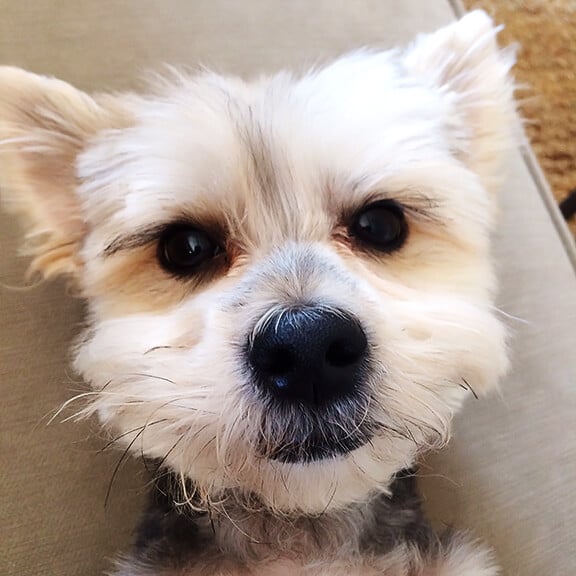 Henry and I also got haircuts and went a little bit blonder for summer.  His was natural… 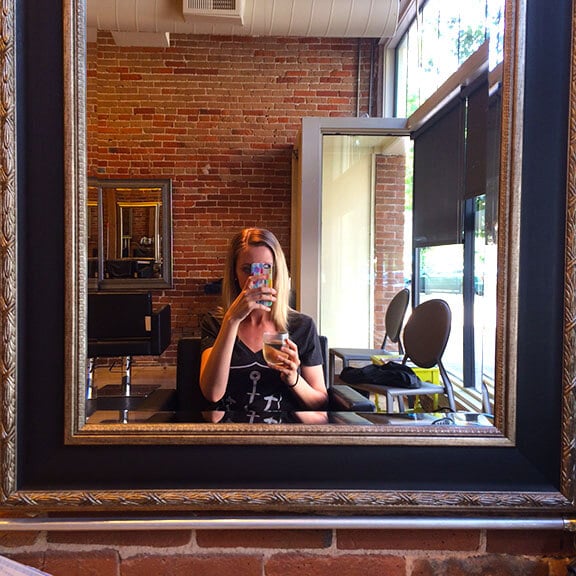 …mine used to be natural.  ;)  (Oh, and found out that late afternoon appointments at the salon in my building include happy hour wine…bonus!) 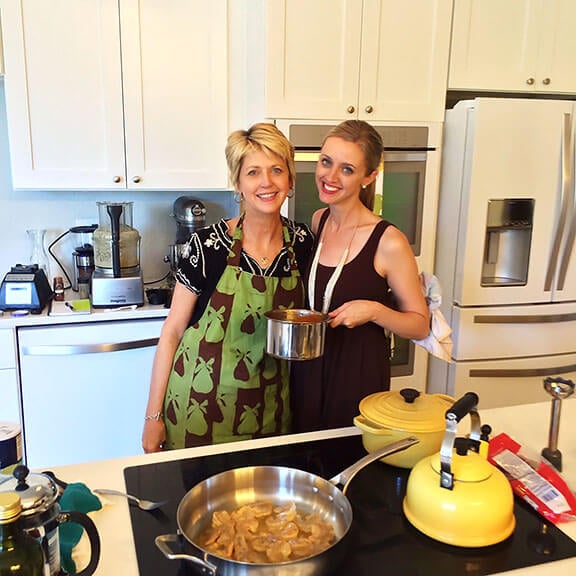 My parents also came to town for a few days to help me out with a big cooking project. 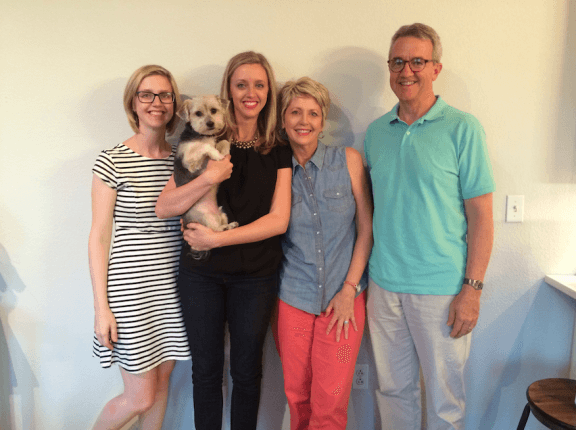 And then my sis also came to town from Chicago for three days to help with the same project.  I hit the jackpot with a awesome, helpful family.  (Who I think now understands why I complain about dishes so much, after they helped with at least 4 loads/day!)

Also hung out with the neighbors… 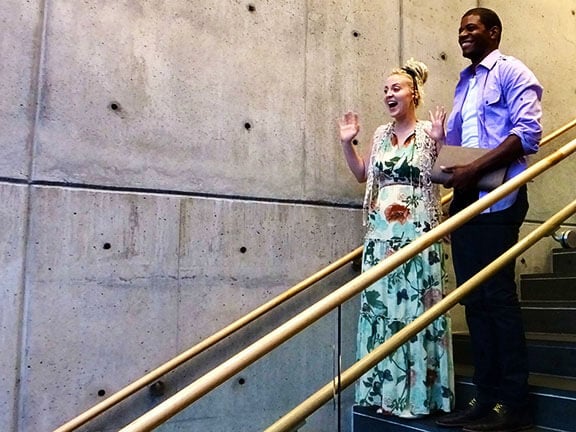 …enjoyed surprising a friend on her 30th…

…did some cooking and English-practicing with my Burmese friend, whose daughter was also an eager sous-chef on the day when we made biscuits. 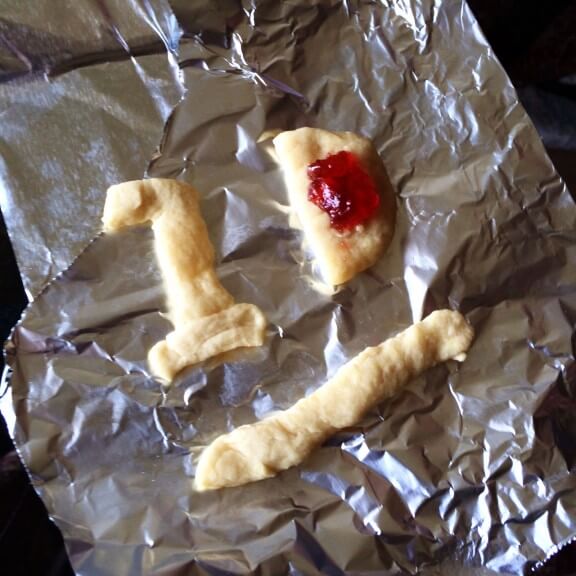 She also turned the leftover dough into an ode to her favorite band.  (Can you guess?) 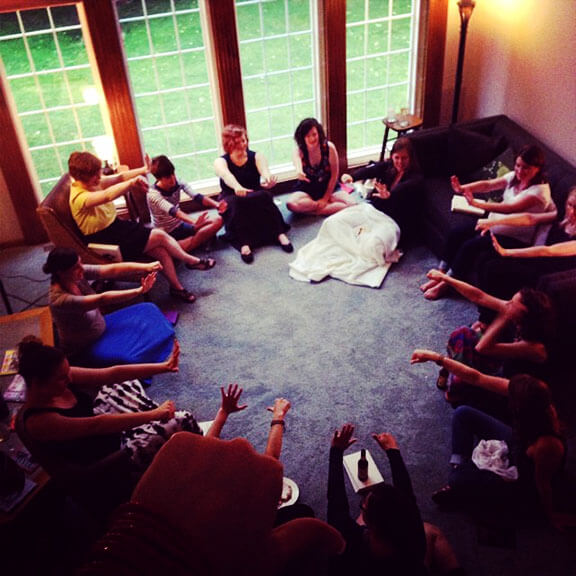 And finally, concluded the month with my favorite tradition of every month: book club.

Pictured above was our thumb vote on our latest pick, The Goldfinch.  It’s hard to tell from the photo, but the hands giving the high-fives are those who chose not to finish it (most of the group).  And the hands giving the thumb votes were the ratings (less than 50% favorable).  Not quite Pulitzer-worthy, in our opinion, but an interesting read nonetheless.  I’m more looking forward to the film, which hopefully can be finished in less than 18 hours.

Thanks for reading, and cheers to a new month ahead!

4 comments on “June In Photos”