What Movies Shaped Your Childhood? 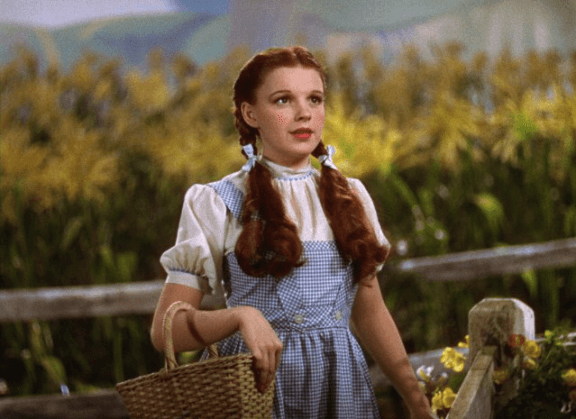 It’s movie Saturday again!  Today our film lover, Sarah, is back talking about the films that shaped our childhoods.  Would love to have you join the discussion!

During a 4th of July pizza feast, some friends and I had a long conversation about what movies we watched as kids. And by watched, I mean watched and watched and watched. In the pre-Netflix era, “binge watching” meant rewinding and repeating the same tape over and over again. I have several movies that looped in the background of my childhood, creating a mesh of memories and meaning that influenced my life and worldviews in surprisingly profound ways. I’ll tell you about three from my very early days (3 to 5 years)…if you tell me some of yours!

This is the first movie I remember watching. When I was around three, my family moved to the farm where my dad grew up. It was a great place to be a kid, mostly because we got to live right next door to my grandparents, who provided a constant supply of hugs, cookies, apple cider, and movies. My grandpa was an early tech adopter and had a huuuuuuuge satellite dish and several VCRs (Beta and VHS). My twin sis and I spent a lot of time watching The Wizard of Oz while my parents fixed up the farmhouse I grew up in and they still live in today. We’d hide behind a chair when Miss Gulch bicycled onto the screen, but we gained courage along with Dorothy and her sidekicks. When they finally stood up to The Wicked Witch of the West, we were ready, too. Armed with the corded remote, we watched her melt forwards and backwards, forwards and backwards, forwards and backwards—until the remote broke. I don’t think we got in trouble for it, probably because we were so cute mimicking her in our stereo voices: “I’m meeelllllllting…”

From Dorothy I learned not to underestimate my little girl power. As the witch disintegrates, she cries, “Who would’ve thought a good little girl like you could destroy my beautiful wickedness!” There’s an unexpected strength in innocence. And in a working remote control.

I remember watching Annie incessantly around the same time, too, which is also a good girl-power movie. Those little orphans made “The Hard Knock Life” look so fun that we begged our mom to let us scrub the floor like they did. One day she caved, and we were happily singing our lungs out, working away at the kitchen floor, when my dad’s friend Mel stopped by. He thought it was hilarious, but I could tell she was embarrassed and kept trying to explain how we had asked to clean the kitchen. To this day, I still think cleaning is pretty fun, especially after parties. I turn the music up and get to work…and I think that weird hard-knock joy is because of how often I watched Annie growing up.

And let’s not forget “Tomorrow.” I certainly haven’t. I have a very distinct memory of riding in the shopping cart at the grocery store belting out “I love ya, Tomorrow, you’re only a daaaaaay aaaaaaa-waaaaay!!” all the way down the cereal aisle. (I embarrassed my mom a lot as a kid. Sorry, Mom.) It’s hard to not become a future-oriented optimist when this song was your toddler-self’s jam. I’m a big day-dreamer, and I give Annie‘s positivity strong credit for why my musings are of the Best-Possible-Things-That-Could-Happen-In-the-Near-or-Far-Future variety.

I don’t know who the YouTube user “Stormcab” is, but I agree with him completely: Princess Leia is awesome. I wanted to be her.  She knew what she was doing. She was in on all the action. She told everybody what to do. She was a princess. Which is what my name, Sarah, means. And I have a twin sibling, too. We’re, like, basically the same person, you guys. At least that’s what I thought when I was, um, younger.

I love that Leia was the princess that got the most screen time in my house growing up. She was a pretty great role model: She had big-time goals (save her people, destroy the empire), she was both a valued team-member and a respected leader, and she and Han Solo had the kind of complex, sparky relationship that made all those Disney Prince romances look super boring in comparison. Good job, parents!

Ok, now it’s your turn. What did you watch repeatedly?

12 comments on “What Movies Shaped Your Childhood?”