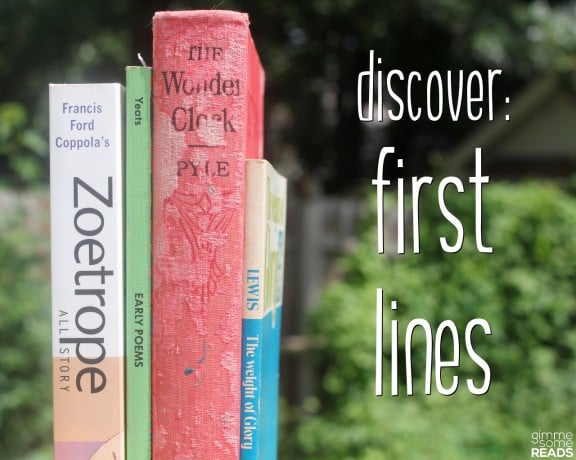 It’s easy to fall into the trap of deciding in advance what will be good or interesting. As an experiment in discovery, I thought I’d pull four books off my shelves each week and share their first lines. And to have some sort of guidelines, I will follow the alphabet — backwards (skipping over letters as need-be). So, first up will be four books off my shelves whose titles begin with Z/Y/X/W.

Surprisingly I did find a Z, but failed on the Y — so I pulled a Yeats book; there were no Xs, but plenty of Ws — though only the first two I laid eyes on got listed below.

1. Zoetrope: All Story, edited by Adrienne Brodeur and Samantha Schnee, is a collection of some of the best pieces (as of 2000) from Francis Ford Coppola’s literary journal. The first line on page one is from Sara Power’s short story, “The Baker’s Wife.” 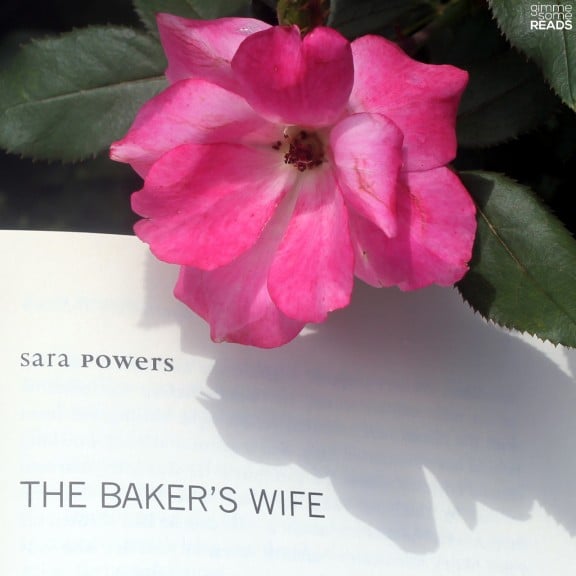 “Most Friday evenings since they were married they spent on their porch that listed steeply toward the street.”

2. Early Poems by William Butler Yeats. This 1993 edition compiles all the lyric poetry from Yeats’ first six collections together in one volume. And interestingly enough,  though page one begins Yeats’ Crossways (1889) collection of verse, the first line is a William Blake quote. 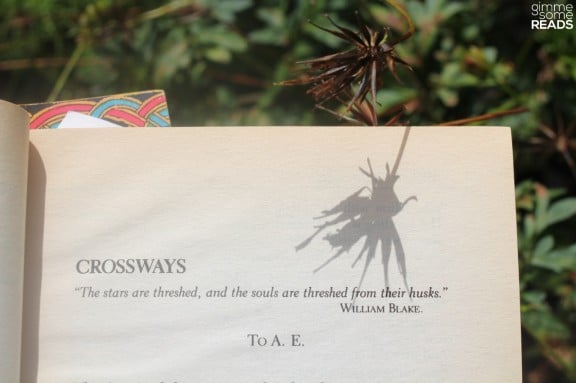 3. The Wonder Clock by Howard Pyle. Originally published in 1887, my copy is from 1915. It’s a collection of “four and twenty marvelous Tales, being one for each hour of the day; written and illustrated By Howard Pyle. Embellished with Verses by [his sister] Katharine Pyle.” I picked this book up at an estate sale simply because of the illustrations. Page one is a Howard-illustrated verse of  Katharine’s.

“One of the Clock, and silence deep
Then up the Stairway, black and steep
The old House-Cat comes creepy-creep
With soft feet goes from room to room
Her green eyes shining through the gloom
And finds all fast asleep.” 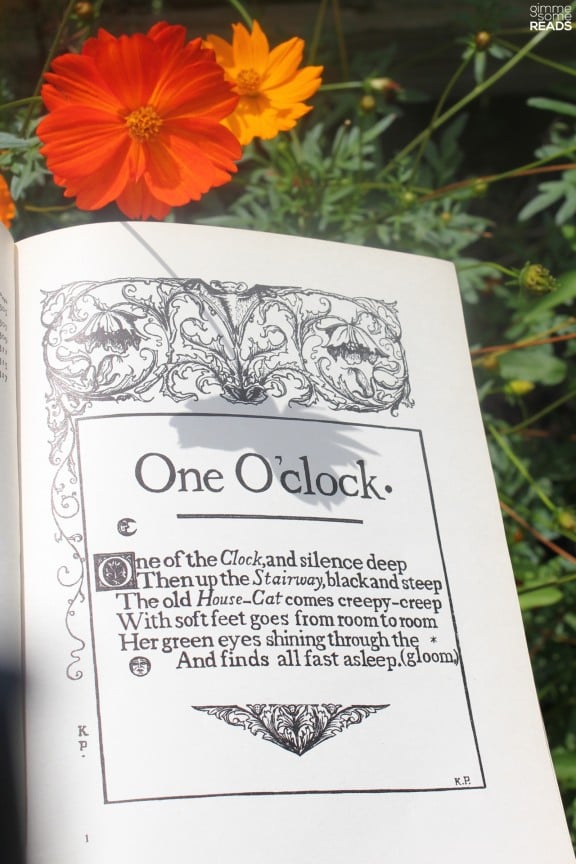 4. The Weight of Glory by C.S. Lewis. Originally published in 1949, my copy is from 1973. The first page begins the titular address, which Lewis preached on June 8, 1941. This address is one of my favourites among his writings.

“If you asked twenty good men to-day what they thought the highest of the virtues, nineteen of them would reply, Unselfishness.” 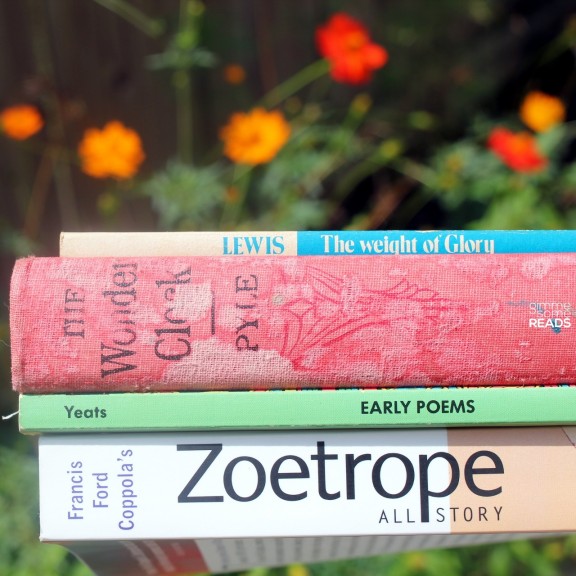 Of the four first lines, I was most intrigued by #2 (Blake/Yeats) and #4 (Lewis). However, of their follow-up lines, it was Lewis who kept my attention. So, here are the first few lines from page one of The Weight of Glory:

“If you asked twenty good men to-day what they thought the highest of the virtues, nineteen of them would reply, Unselfishness. But if you asked almost any of the great Christians of old he would have replied, Love. You see what has happened? A negative term has been substituted for a positive…” 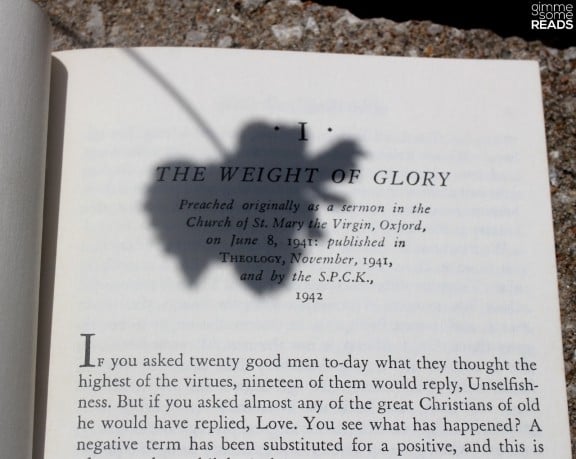 » Next week, it’ll be four books whose titles begin with V/U/T.

Join in the discovery and leave a comment:
what’s your favourite first line
among your own four Z/Y/X/W books.