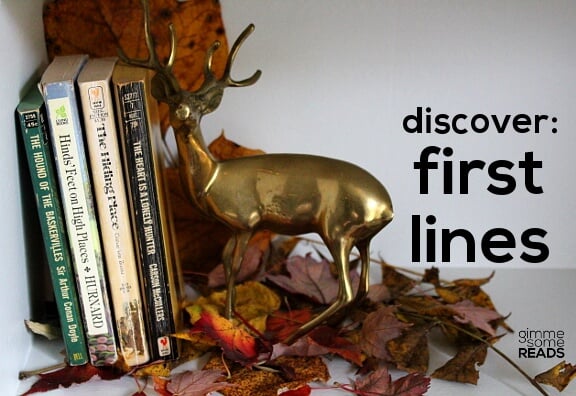 This week we have a Sherlock mystery, an allegory, a WWII autobiography, and the first novel of a young writer. Whose first line will rise above the others this week — or at least draw me in to keep reading further?

1. The Hound of the Baskervilles by Sir Arthur Conan Doyle (originally published in 1902)

Mr. Sherlock Holmes, who was usually very late in the mornings,
save upon those not infrequent occasions when he was up all night,
was seated at the breakfast table. 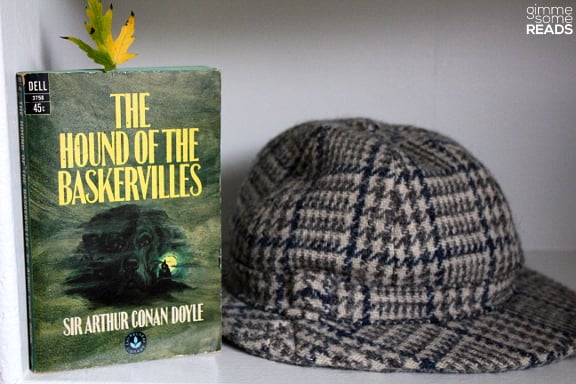 I love a book that simply begins. Sherlock at the breakfast table — here we go.

My first introduction to the character of Sherlock Holmes as a child: Disney’s The Great Mouse Detective. It came out when I was seven years old, and I was immediately hooked.

I find it fascinating that the character of Sherlock Holmes has fascinated audiences for over 100 years. Think of how many different films and television shows there have been — and currently, still are. I’m not usually one for modern versions of historical tales, but I think both Sherlock and Elementary are doing an amazing job at re-imagining Sherlock in today’s world. And, I’m particularly intrigued at how the Sherlock series plays off of the original cases. At the least, I definitely need to reread those, to better recognise how cleverly they incorporated bits of the originals.

This is the story of how Much-Afraid escaped from her Fearing relatives and went with the Shepherd to the High Places where “perfect love casteth out fear.” 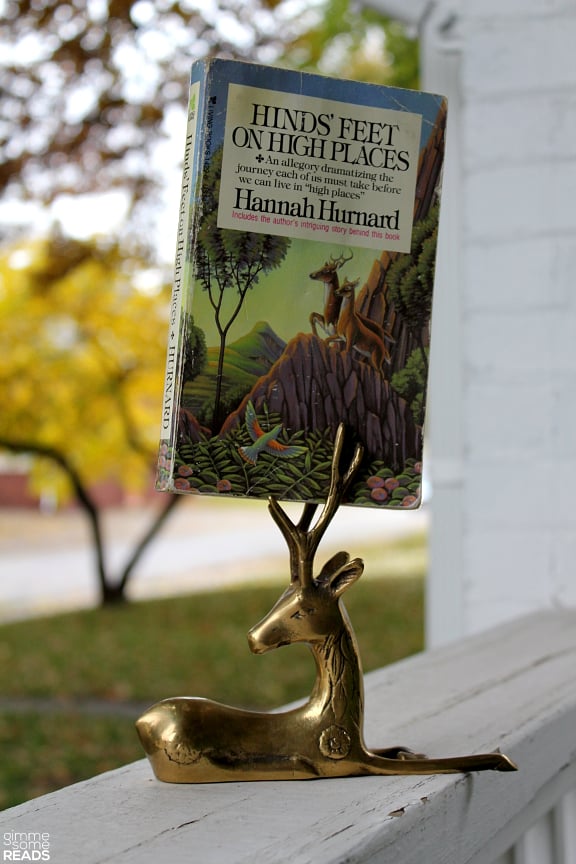 Now that’s an intriguing beginning. I think my mom read this aloud to our family when I was young. I don’t remember much about it, but this beginning makes me think of Pilgrim’s Progress. I do kind of appreciate the “This is a story…” beginning; makes me think of fairy tales.

I should definitely revisit this story at some point.

3. The Hiding Place by Corrie ten Boom (originally published in 1971)

I jumped out of bed that morning with one question in my mind — sun or fog? 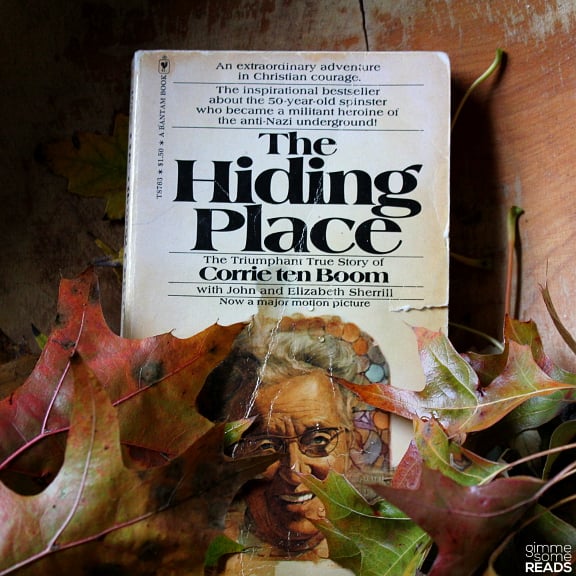 This book. I’d heard about Corrie ten Boom most of my life, but somehow never got around to reading this book until the summer of 2005. I read it over a few days, walking around in a daze at work, until I could return home and read more.

The true story of a 50-year-old single Dutch woman who hid Jews during WWII, The Hiding Place offers a unique view of life in a concentration camp from a nonJewish perspective — and from a survivor. I don’t read a lot of biographies, but this one has such great story telling, told by such a relatable person — I can’t recommend it strongly enough. And, it’s less than 250 pages.

4. The Heart is a Lonely Hunter by Carson McCullers (originally published in 1940)

In the town there were two mutes, and they were always together. 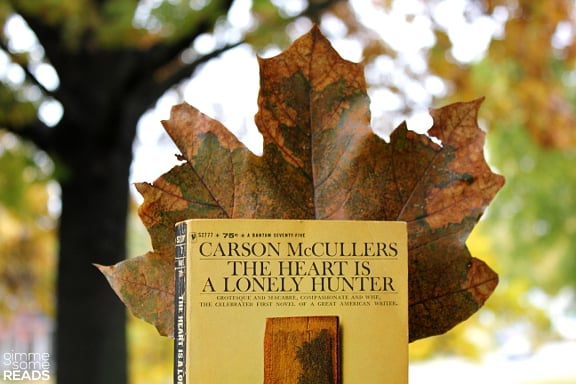 I picked this up a few months ago after hearing one of my friends mention it. I have yet to read it, but am intrigued by the first page announcement that: “Carson McCullers was only twenty-two when she wrote The Heart is a Lonely Hunter and became the youngest American writer ever to join the company of immortals.” And, wonder if whoever wrote that knows about S.E. Hinton who wrote The Outsiders at age 16; but I guess that wasn’t published until 1967.

Anyway, the synopsis about the book definitely sounds good:

Her characters are the damned, the voiceless, the rejected. Some fight their loneliness with violence and depravity, some with sex or drink, and some — like the strange young girl, Mick Kelly — with a quiet, intensely personal search for beauty.

So, one of these days, I will certainly read on to find out more about Mick’s story.

Any fans of this book? Thoughts?

I actually wasn’t sure which first line I liked the best this week. So, I tested to see which book I kept reading longest — and found myself several pages into The Hound of the Baskervilles before I remembered I had work to do! 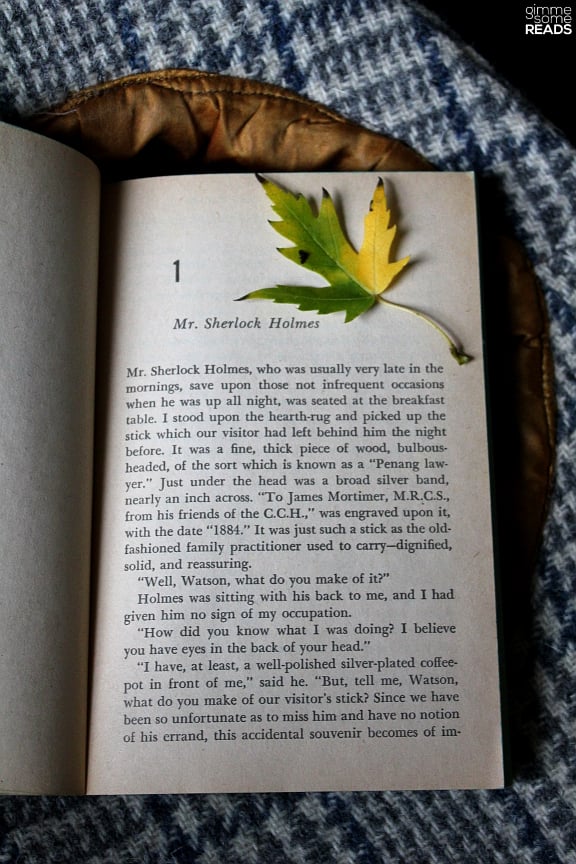 Mr. Sherlock Holmes, who was usually very late in the mornings, save upon those not infrequent occasions when he was up all night, was seated at the breakfast table. I stood upon the hearth-rug and picked up the stick which our visitor had left behind him the night before. It was a fine, thick piece of wood, bulbous-headed, of the sort which is known as a “Penang lawyer.” Just under the head was a broad silver band, nearly an inch across. “To James Mortimer, M.R.C.S., from his friends of the C.C.H.,” was engraved upon it, with the date “1884.” It was just such a stick as the old-fashioned family practitioner used to carry — dignified, solid, and reassuring.

Holmes was sitting with his back to me, and I had given him no sign of my occupation.

“How did you know what I was doing? I believe you have eyes in the back of your head.”

“I have, at least, a well-polished silver-plated coffee-pot in front of me,” said he. “But, tell me, Watson, what do you make of our visitor’s stick? Since we have been so unfortunate as to miss him and have no notion of his errand, this accidental souvenir becomes of importance. Let me hear you reconstruct the man by an examination of it.”

Agh. I love how subtly Conan Doyle reveals his characters with hints of sarcasm. And, just a few pages later he writes this great line of dialogue for Sherlock: “Now is the dramatic moment of fate, Watson, when you hear a step upon the stair which is walking into your life, and you know not whether for good or ill.”

I wish I didn’t still have a stack of freelance work to do, because I would certainly curl up with this book and keep on reading.

» Don’t miss your chance to enter the Literary Tea Giveaway.

What was your favourite first line
among your own four H books?