{new on dvd} 5 Reasons To Buy The Dark Knight Rises 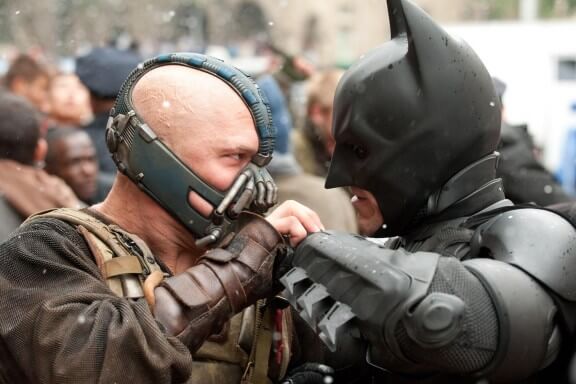 The final film in Christopher Nolan’s Dark Knight trilogy is now out on DVD and digital. While the second installment, The Dark Knight, remains my favorite of the three (thanks to its tightly themed screenplay and Heath Ledger’s terrifying Joker), The Dark Knight Rises makes a satisfying end. Here’s why it’s a worthy addition to your DVD collection.

1. The Stakes are Really High

The trouble with superhero movies (which I generally love, by the way), is that it’s hard to up the ante high enough to make you worried for the hero. I mean, they’re superheroes. Batman stories have always been better at overcoming this hurdle. Batman is smart, strong and cunning, but he’s no immortal.

If you saw The Dark Knight Rises in the theatre, you know that there’s a lot on the line for the Caped Crusader in this flick. His friends, his city, his future. Go back and marvel at the way director Christopher Nolan (Following, Memento, Insomnia, Batman Begins, The Prestige, The Dark Knight, Inception) and his co-screenwriter and brother Jonathan Nolan (Memento,The Prestige, The Dark Knight) deliver 165 minutes of tension…with characters and storylines you already know the rough edges of (or your comic-fan friends have told you the rough edges of). If you didn’t see The Dark Knight Rises in the theatre? You’re in for a ride. 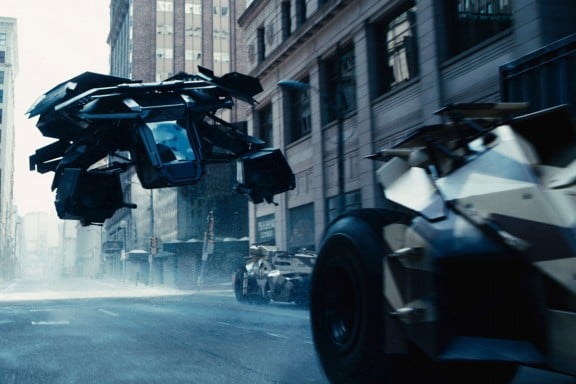 Speaking of rides…I would have watched an entire movie of this thing whipping through Gotham. The fact that I didn’t stop to think, “How did they do that?” during the film is a testament to the film’s vehicle and CG teams. It felt real. And fast. And it was just one element in a whole film of effective action scenes. 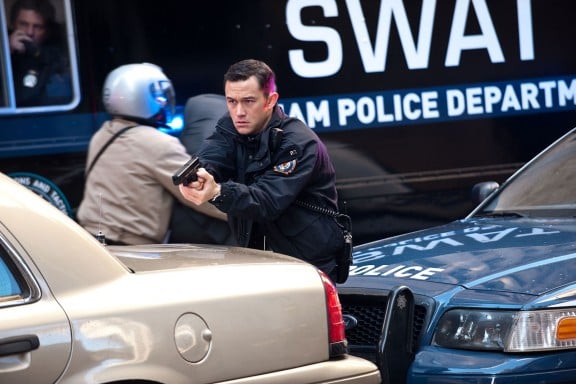 John Blake’s character, played by Joseph Gordon-Levitt (Lincoln, Looper, 50/50, Inception, 500 Days of Summer), is a great addition to the Batman film canon. There’s a lot happening in The Dark Knight Rises, and Blake is the audience’s guide, walking us through the labyrinth, reflecting our emotions, taking us deep into the story. Yet, Blake never feels expository. The Nolans give him a credible back-story and goals of his own, and Gordon-Levitt gives him a soul. Blake is the reason you can show this film to a non-comic-book-lover and feel confident that they’ll enjoy the experience.

This is a big film with a big budget, big set pieces, big stakes, big stars and big questions (Who do we look to to lead us? And should we be looking to them?). Sure, I love little indie flicks about regular people with regular problems. But I also love being sucked into a movie universe so large that I can’t see its borders.That’s how The Dark Knight Rises felt to me: Immense.

I can only think of two other recent films that have the same movie vertigo…the notion that you’re about to be folded into the screen and become part of an all-encompassing world. One was the final chase scene in Ridley Scott’s Prometheus, where I was sure I was about to be crushed right there in my cushy movie seat, and one was also from Nolan—the avalanche/car-off-bridge sequence in Inception. It’s a technical feat to get the shot that induces that erased-borders feeling. But it also takes a fully committed cast and crew to create the believable world capable of that immersive pull. 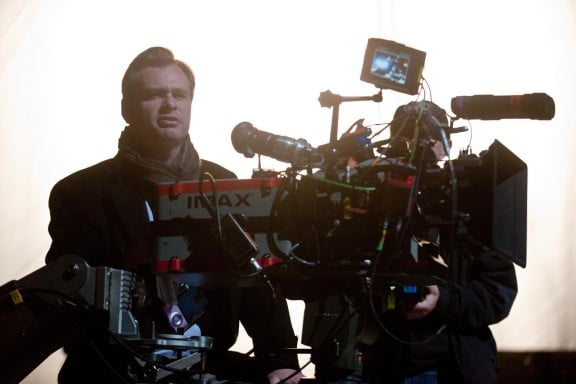 Christopher Nolan is simply one of the best filmmakers working in Hollywood right now. He has serious storytelling chops, he knows how to steer a blockbuster on a steady course between spectacle and gravitas, and—bonus points—he seems to think the moviegoing audience is smart enough to handle big themes and complicated plots. You’re going to be collecting his back catalogue someday. You might as well start now.

Are you buying The Dark Knight Rises for anyone this holiday (including yourself)?