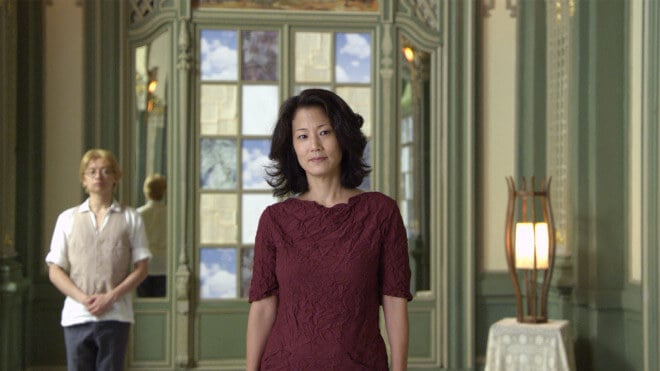 Blockbuster season can be tough on us ladies.

The big studios are still lightyears behind in gender equality, both in front of the camera and behind. A quick look at the current box office scores shows only one film in the top ten with female top billing (Trainwreck‘s Amy Schumer). It’s not that I don’t like films about men—many of my favorites are—it’s just that there are so many of them.

But have no fear, girls. Films about interesting women are available; you just have to look a little beyond those big multiplex lights to find them.  Here are a few of our current favorites.

Director: Jennifer Phang
Screenwriters: Jacqueline Kim and Jennifer Phang
Won: A Sundance 2015 U.S. Dramatic Special Jury Award for Collaborative Vision
Starring: Jacqueline Kim, James Urbaniak, Freya Adams, Ken Jeong, Jennifer Ehle, Samantha Kim
Opens: Currently on Netflix and iTunes
Advantageous drops viewers into a fully formed, near-future world of such economic competition that the government and corporations have begun preferentially hiring men over women because they prefer the effect desperate women have on society (prostitution, family disintegration) to those of desperate men (violence, terrorism). Co-writer Jacqueline Kim is riveting as a single mother whose job as the spokesmodel for the world’s top cosmetic bio-engineering company is at risk. Her boss (a chilling Jennifer Ehle) wants to go in a younger direction. Desperate to get her daughter into a premier school to secure her future, Kim’s character considers an unthinkable option. This is sci-fi at its most intimate and most intelligent. Phang and Kim’s vision is terrifying in its believabilty and drawn with subtle detail. Taking on ageism, sexism, elitism, and beauty-ism (is that a word?), Phang destroys them all with this sharp story of one mother’s sacrificial love. See it NOW on Netflix or iTunes. 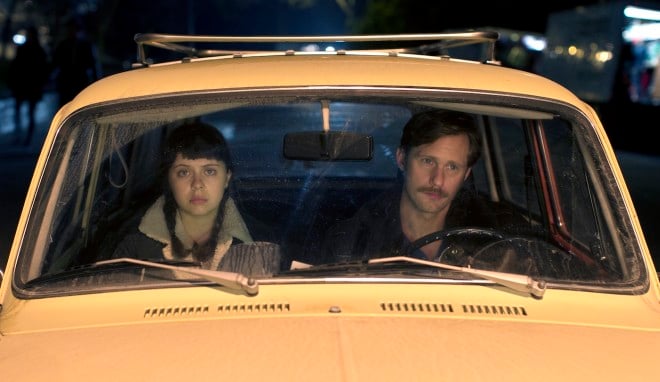 Bel Powley and Alexander Skarsgård in Marielle Heller’s The Diary of a Teenage Girl. Photo by Sam Emerson

The Diary of a Teenage Girl

This film is one of the least exploitative and most empathetic films about a young girl’s sexual discovery and ethical development I’ve ever seen. Director Marielle Heller sets the story squarely from 15-year-old Minnie’s perspective from the very first line: “I had sex today.” The story never judges Minnie’s enthusiasm—and confusion—over her first experiences, which happen to be with her mother’s boyfriend, Monroe. It doesn’t shy away from showing the self-involvement and immaturity of Monroe (a slippery Alexander Skarsgård), either. Instead, Heller lets the audience make their own judgments as Minnie learns to make hers, as well.

Narrated by Minnie, who is played by 22-in-real-life Bel Powley, the film lets us hear her try to make sense of her desires, behaviors, and needs with a self-awareness that none of the adults around her can match. Powley’s openness and comedic timing is incredibly refreshing; expect her star to rise quickly after this film makes its theatrical debut.  This is the kind of movie that I wish could be shown in highschools (it’s one of the smartest films about learning to make good sexual choices out there), but the explicit sex scenes will make that impossible. Make sure you catch it when it comes out…and take along some good friends for some vulnerable conversation afterward. 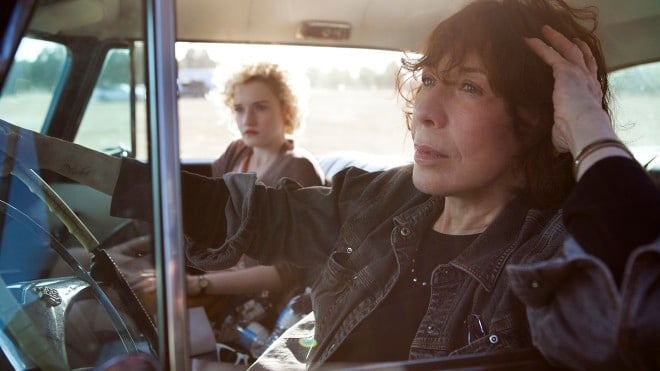 Director & Screenwriter: Paul Weitz
Starring: Lily Tomlin, Julia Garner, Marcia Gay Harden, Judy Greer, Laverne Cox, Sam Elliott
Premiered: Sundance 2015
Opens: August 21
Grandma is by Paul Weitz, whose credits include About a Boy, In Good Company, and Admission. Like his other films, Grandma strikes a nice balance between humor and heart-ache. Weitz tells a satisfying story of family tension and tenderness without a lot of fuss. Grandma is anchored by three strong women: Lily Tomlin is the irrepressible Elle, whose grouchiness covers up her deep grief after her longtime partner’s death. Julia Garner plays Elle’s granddaughter, Sage, who turns to Elle in a time of crisis. And Marcia Gay Harden is Judy, a no-BS business woman whose hard edges put her at odds with both her daughter, Sage, and her mom, Elle. I appreciated how all three of these outsized characters felt real inside the realm of Weitz’s story, and how natural their sparring and reconciliations (hesitant as they may be) felt. If you’re a fan of family-based dramedy, Lily Tomlin, and uncompromising female characters—like I am—don’t miss Grandma when it comes out later this month.

Even more intriguing films about women this month: