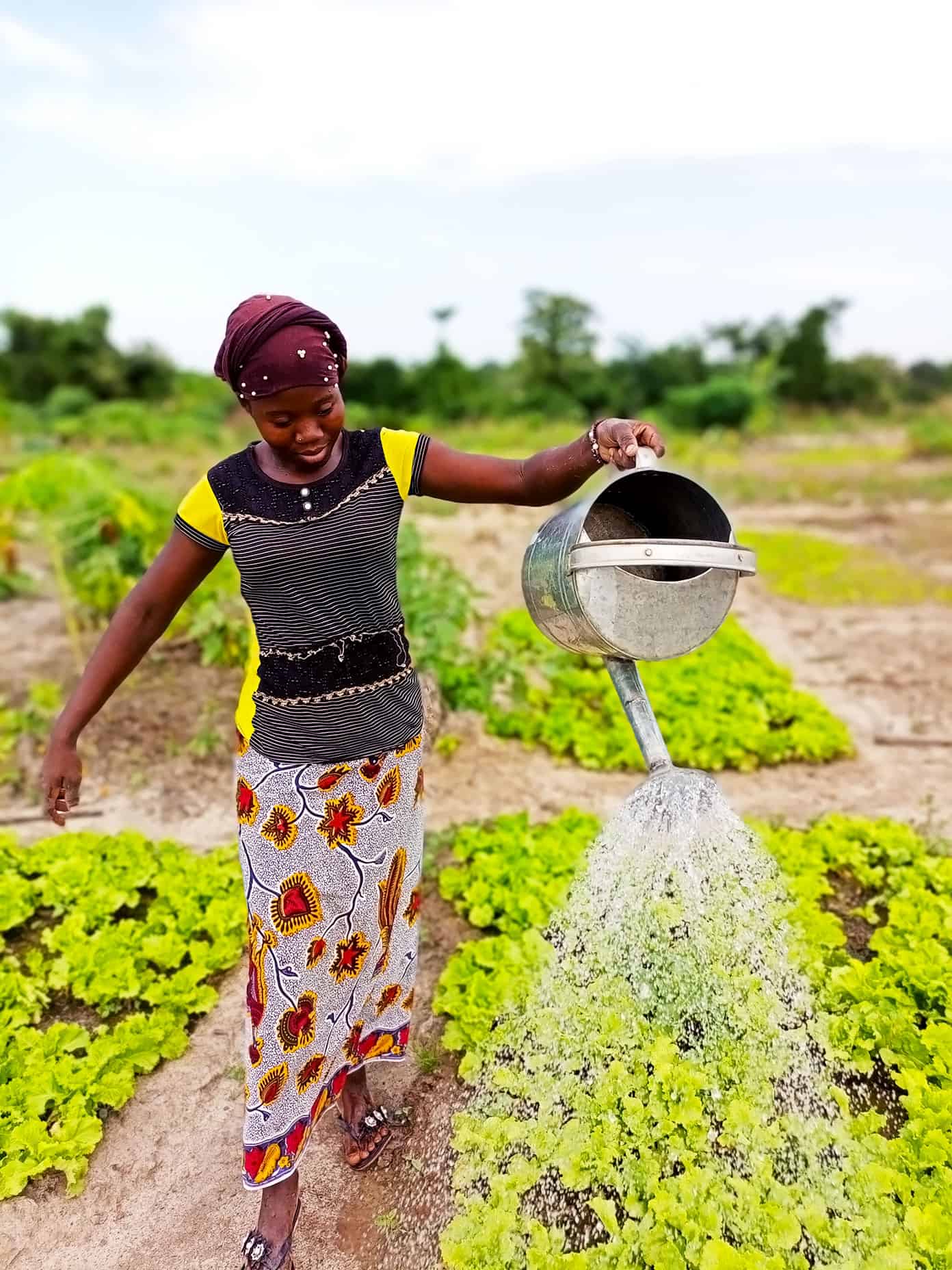 I don’t know if I’ve ever been so excited to write a blog post and share it with all of you. ♡

So, so, so much good news to share today about the community garden project in Mali that you all helped to fund nearly a year ago.

For those of you just tuning into this story, last December, the Gimme Some Oven community generously gave more than $28,000 (nearly four times the amount we had hoped to raise) to help launch a large-scale community garden named Benkadi in the village of Morodjambougou, Mali in partnership with The Wash Project. This small village in rural Mali has long faced challenges with poverty and food insecurity, especially during their annual 8-month dry season when there is no water to grow crops for the community, and where opportunities for women in particular to earn a steady income are scarce.

However, the women of Benkadi garden had a big dream of creating an enormous new garden that could provide an abundance of fresh, healthy, produce for the community and create brand-new jobs and steady income for over 200 women. So they worked with local experts to draw up plans for the project (it was 100% community-initiated and designed), they persuaded the local government to officially allocate a large swath of brush land for the garden (which was abundant but needed significant work to be cleared), they surveyed all of the surrounding villages to learn exactly what types of produce were most needed, they developed an economic plan so that the garden could be financially self-sustaining in the decades to come, and they identified hundreds of the most highly motivated women in the community who could work hard to make this garden a success. The catch was that the startup cost to launch such a garden — initially around $18,000 — was prohibitively steep and would take many, many years to save in a region where most women only had the opportunity to earn around $3 per month.

This is where you all stepped in to stand alongside them. ♡

Thanks to your above-and-beyond donations, the Gimme Some Oven community was not only able to entirely fund 100% of the initial start-up costs for the Benkadi Garden — costs such as drilling and installing a solar-powered fresh water well for the garden, building permanent shelters for the ladies to have a place to assemble and rest, constructing multiple toilets for the area, installing a fence and gate around the garden (critical for keeping animals out who eat the crops), providing tools and high-quality seeds for the gardeners, and equipping the women with agricultural education as well as small-business financial training — but your donations made it possible for a water tower to be purchased that was double the size that was initially budgeted, which allowed for many, many more clean water taps to be installed around the garden and local community. Plus, the extra donations were able to cover the start-up costs for even more gardeners than we had anticipated, so the team is proud to report that there are now over 350 women (!!!) working full-time in Benkadi Garden. Amazing.

Today, nearly a year into the life of Benkadi Garden, I’m thrilled to pass along the report that the garden is absolutely thriving, and the impact it has already made in this community has been remarkable. 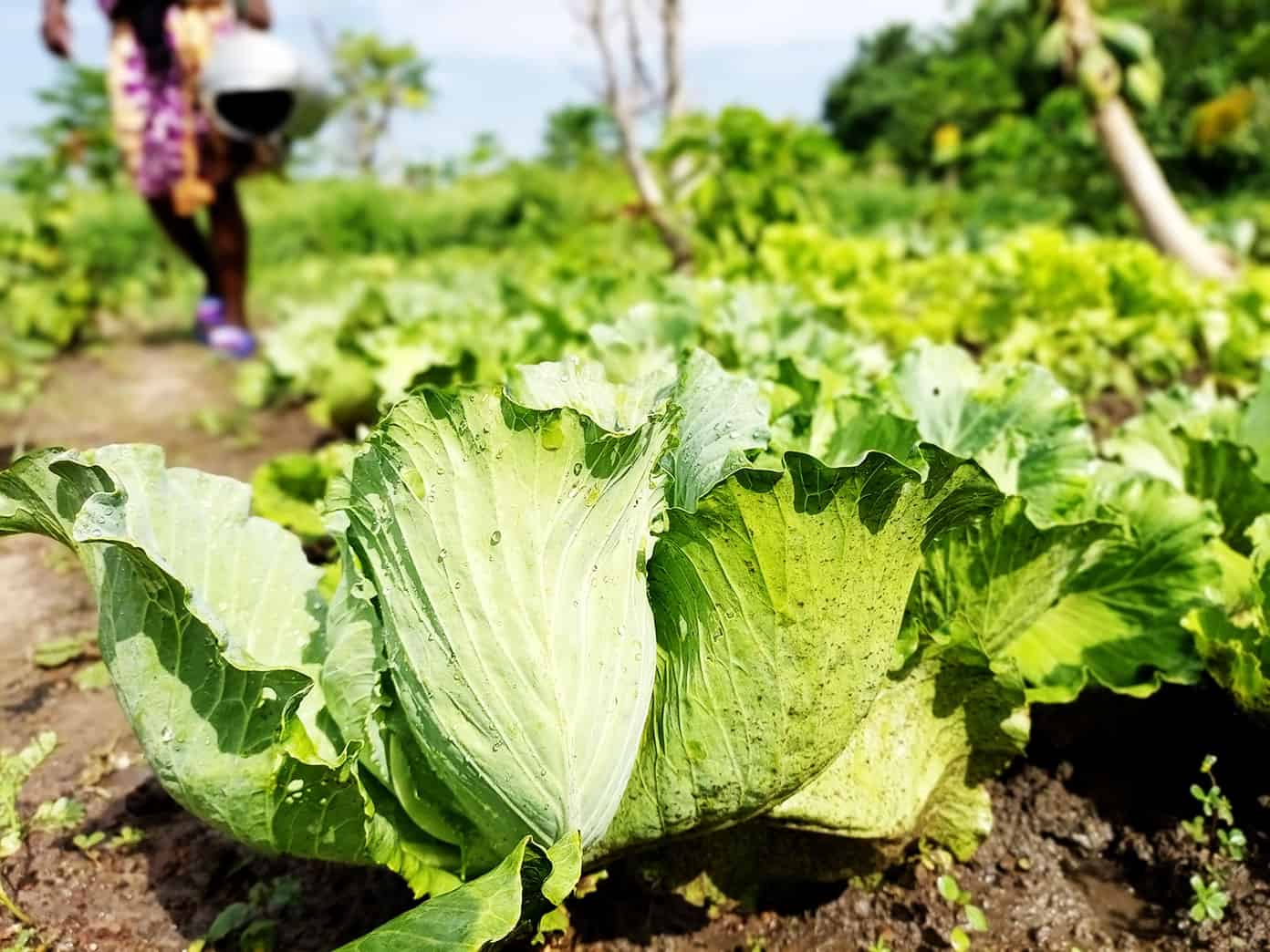 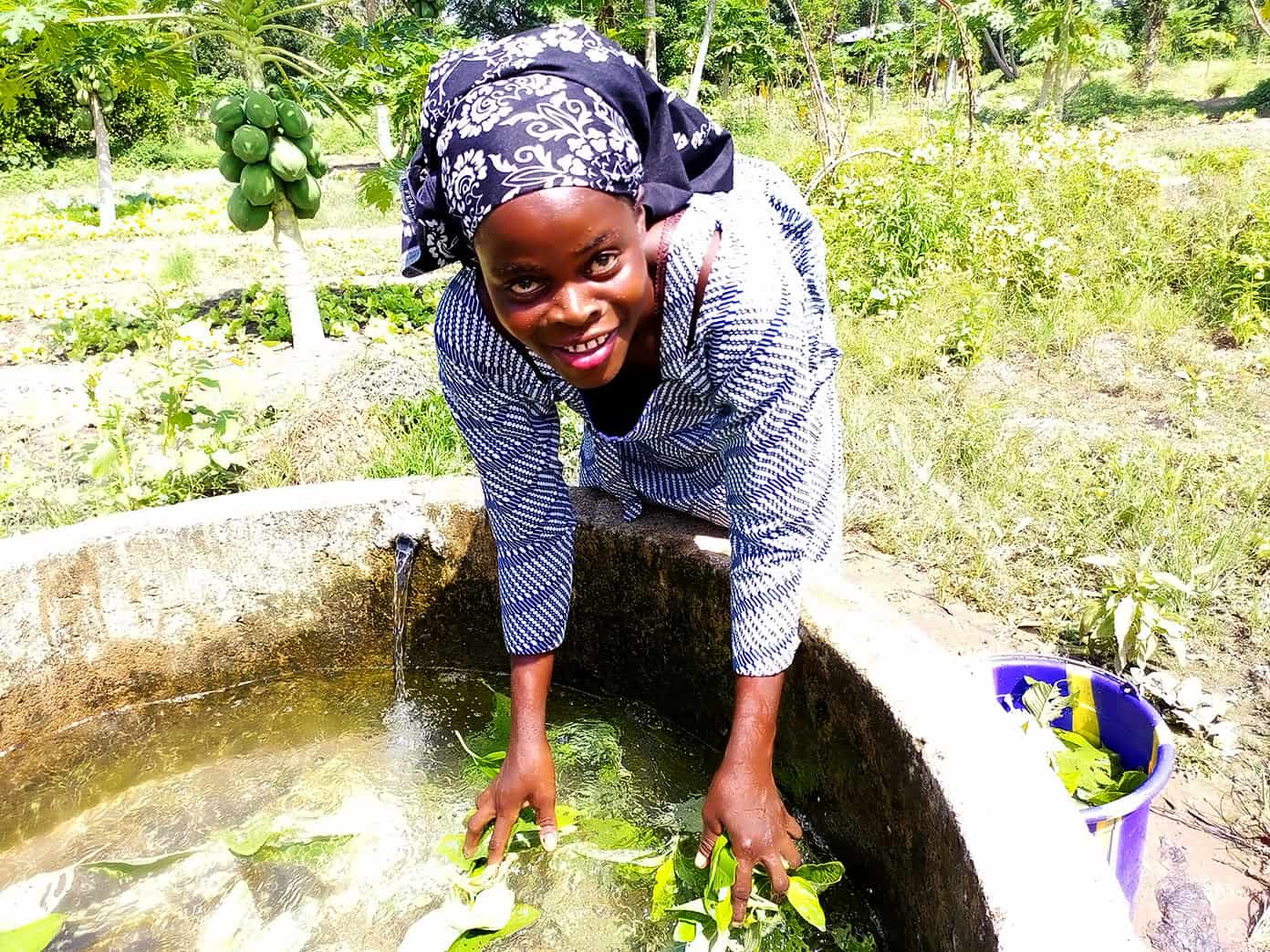 First off, it is really important to me that you hear the story of Benkadi Garden directly from the women who have made it happen. So please take a few minutes to watch the 5-minute video above (or you can click on this link) to hear them explain firsthand a bit more about what their daily life was like before the garden was constructed, and now, what it looks like and the impact it has had on the community nearly a year later. Seeing the video footage of the garden before and after is simply incredible. ♡ 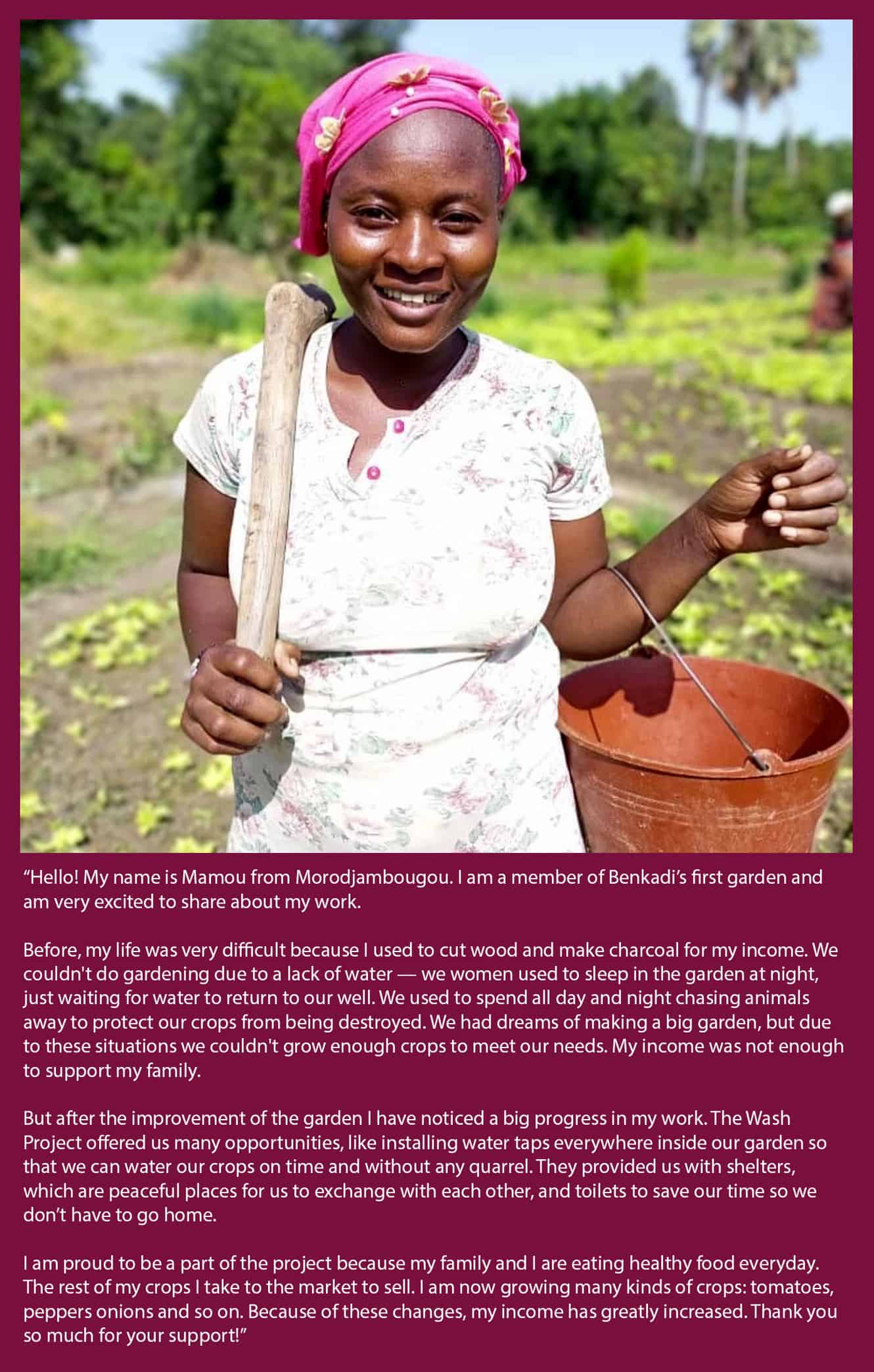 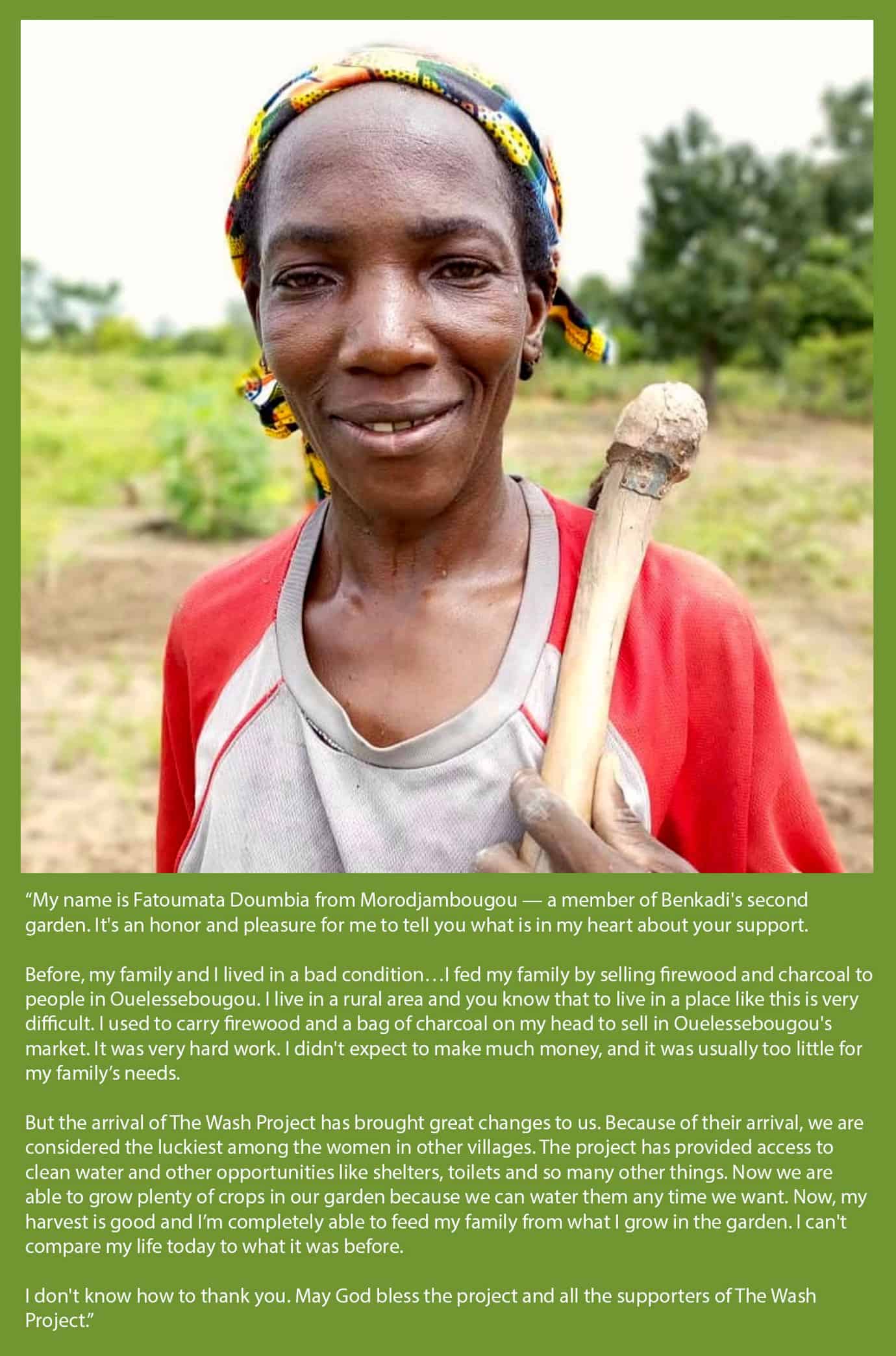 Nearly one year in, the story of Benkadi Garden is only just beginning. But impact of this first chapter has already been incredible. 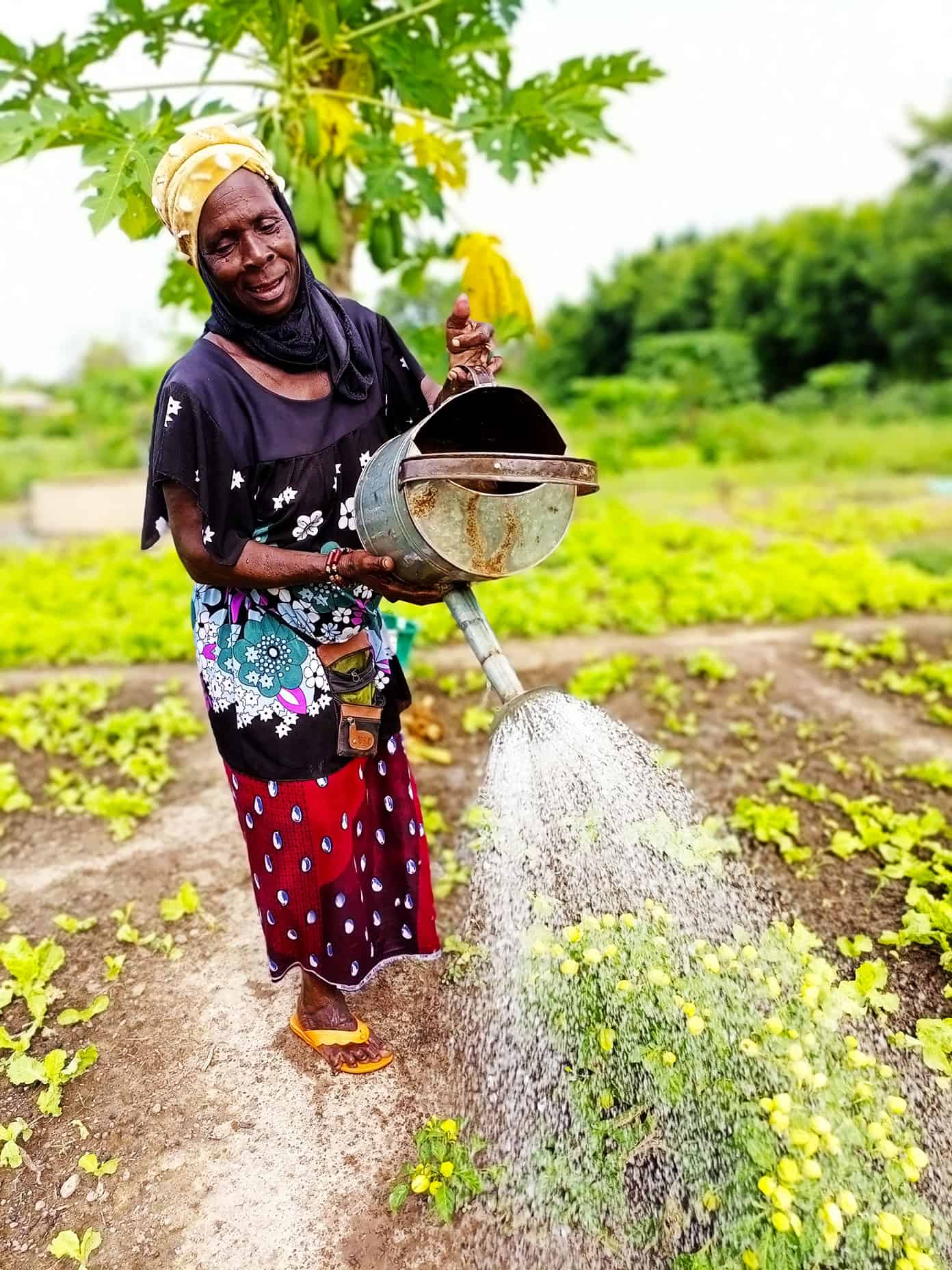 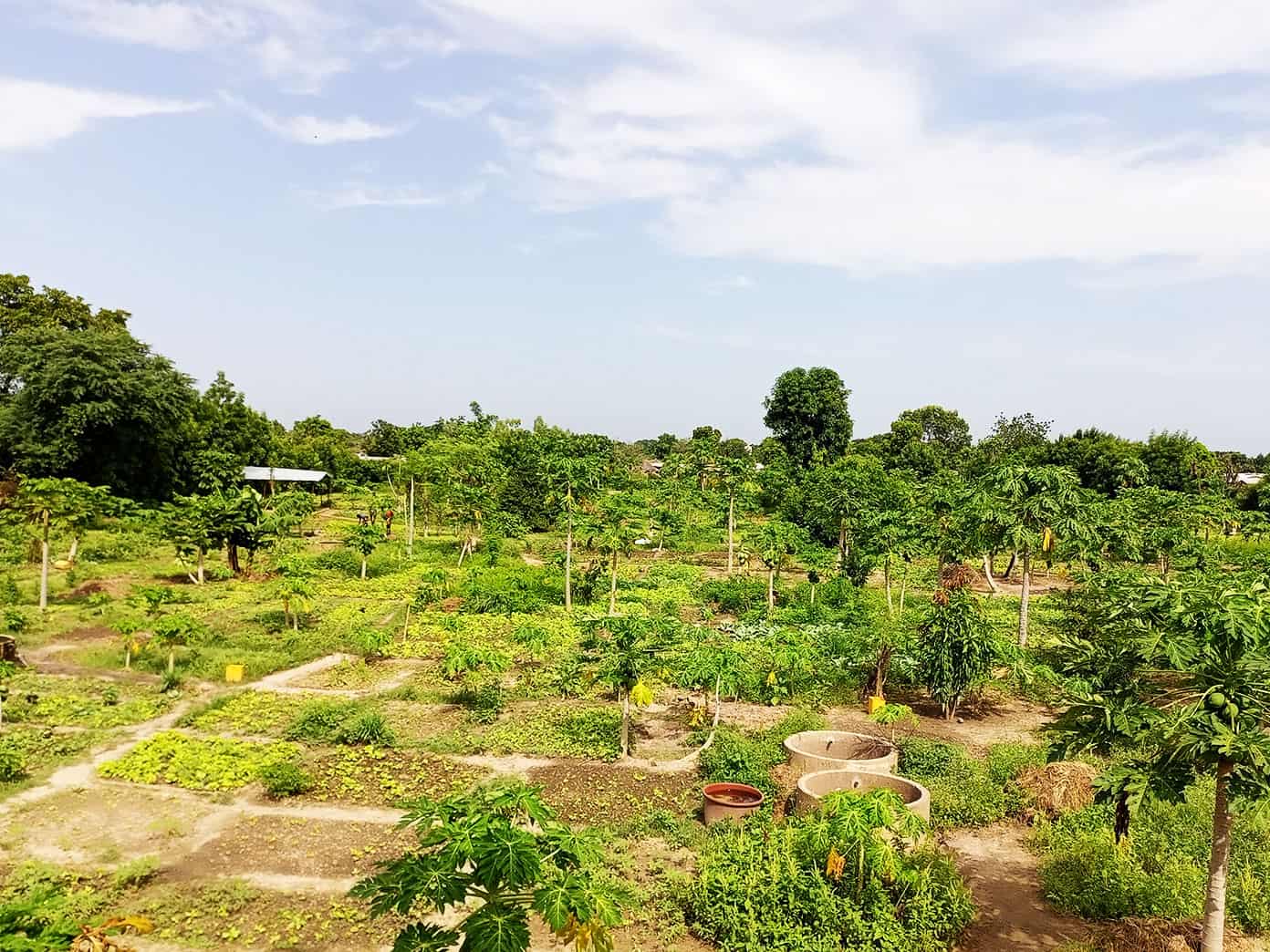 Plans For The Future

Sustainability is one of The Wash Project’s core values, and I really appreciate how thoughtful the team has been about researching, testing, pivoting (when needed), and laying the groundwork for a vibrant future ahead. 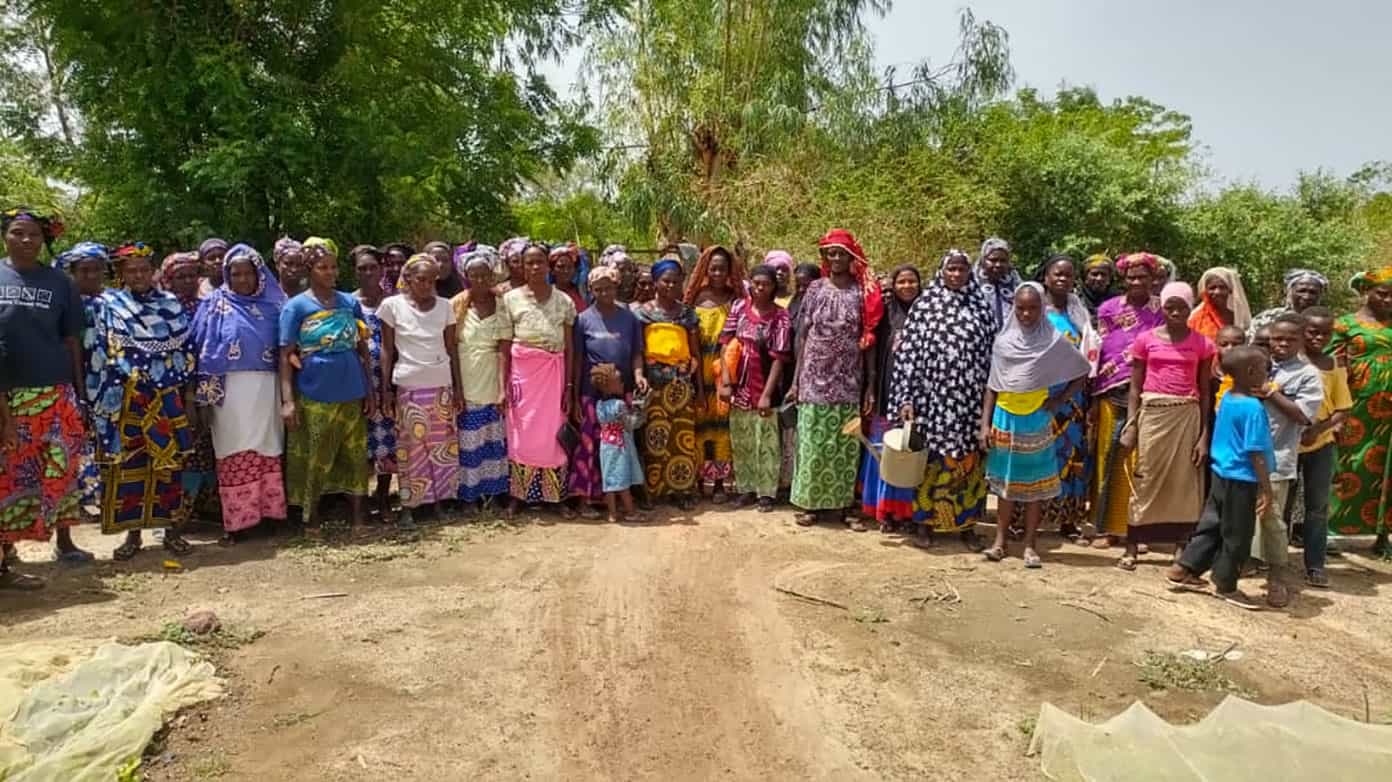 Some of the incredible women of Benkadi Garden.

Long post, but that is the full report of the latest from Benkadi Garden. ♡

Thank you so much for taking the time to read. And again, I just want to say thank you so much to those of you who donated to help the dream of this garden become a reality. It means so much to me that you — the Gimme Some Oven community — are the type of people who understand what a honor it is to come alongside the women of Benkadi to learn from them and partner together on projects such as these. So thank you, thank you for supporting this initiative and for your encouragement to continue creating space for conversations such as these here on Gimme Some Oven.

I will be back soon with updates about the brand new market that the women of Benkadi are launching. And — because there were still funds leftover from your incredibly generous donations last year — I’m excited to announce that they will be allocated to a brand new project that will be launching next month. More on that soon, including details on new ways to get involved. This project is one that you truly will not want to miss.

To learn more about projects happening with The Wash Project in Mali, please check out the organization’s website and follow along on Instagram. And just as a reminder, Gimme Some Oven covers all of the monthly operating costs of The Wash Project (staff salaries, overhead and more). So know that 100% of any donations you choose to make will go directly towards projects such as this garden.