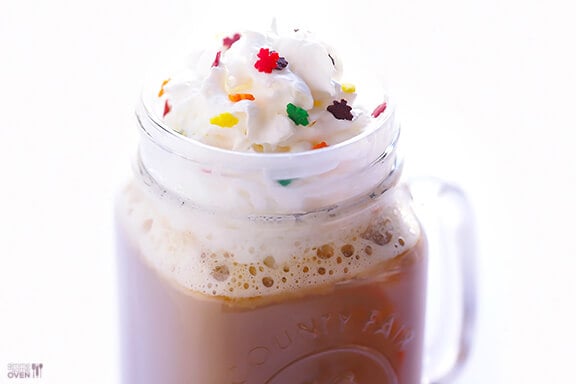 A few weeks ago when I was traveling through the Phoenix airport with my friend Kristen, we stopped to grab some coffee before our final flight of the day. When we walked into the cute coffee shop, we noticed that the fall flavors had just been released, and my eyes instantly went to the pumpkin spice lattes. But when Kristen asked the barista for her favorite recommendation, she actually suggested a maple latte.

I happen to be a huge fan of maple syrup, ever since I (finally) started splurging for the real deal a few years ago. So I was game to give it a try.

It turns out that maple lattes are actually quite lovely! The maple in ours was definitely sweet, but not overpowering. And the flavor was oh-so-comforting. We both agreed it felt a little like drinking pancakes!

So of course, when I came home, I had to make one for myself. :) 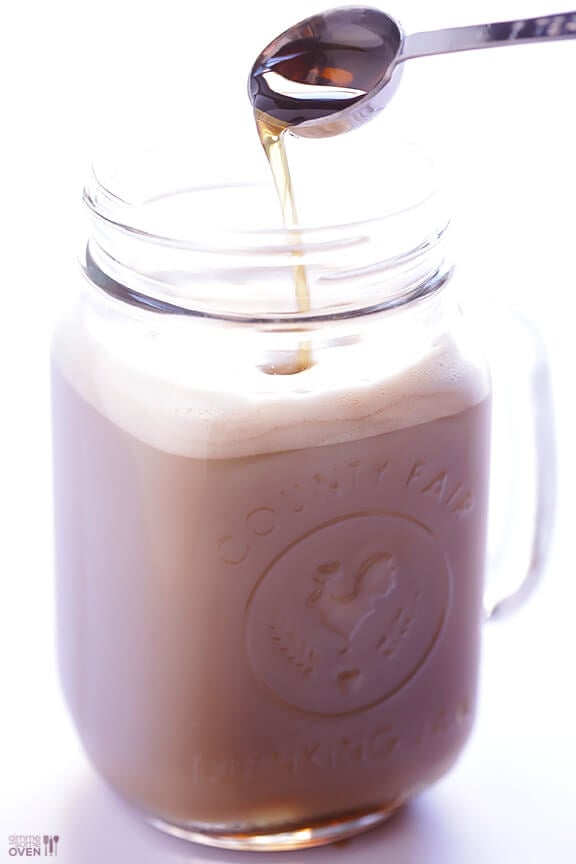 Let’s just say it turns out that making a maple latte is ridiculously easy.

I was toying with the idea of trying to reduce the maple syrup down to make some kind of concentrated syrup. But alas, it already is syrup!! So a few tablespoon-fulls in my latte turned out to be enough to do the trick. Then I added a tiny splash of vanilla and a pinch of cinnamon in for a little extra fall-ish-ness. And of course, I couldn’t resist adding on a little whipped cream so that I could use these cute maple sprinkles I just bought. Cute, cozy and so comforting.

This is definitely going to be my new #shotofcoffee for awhile! 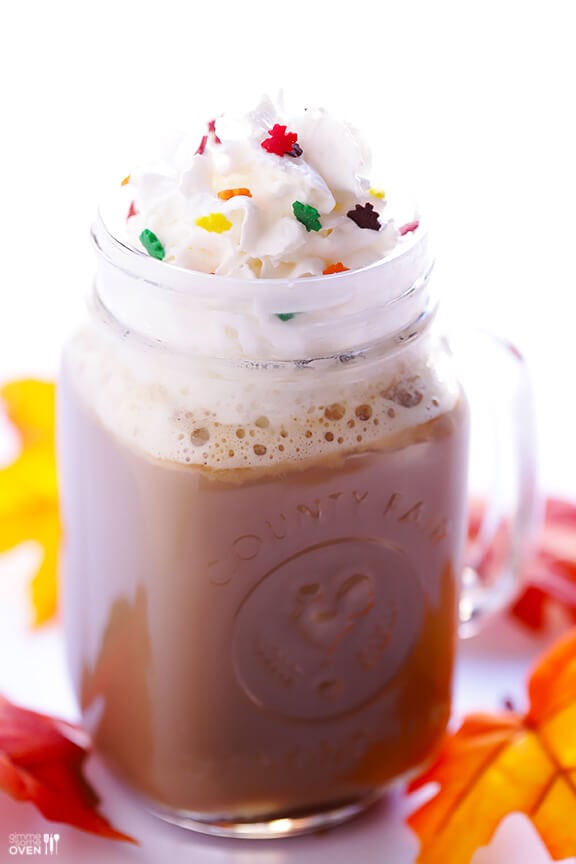 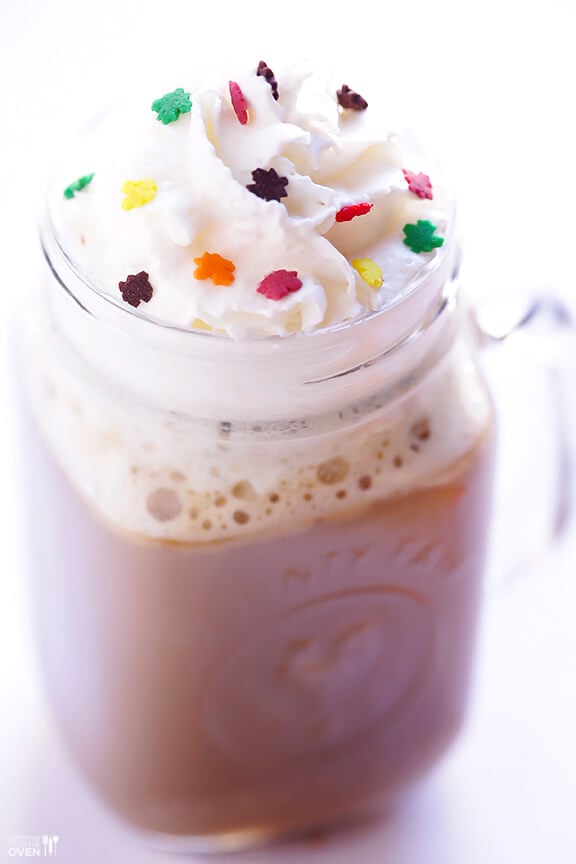 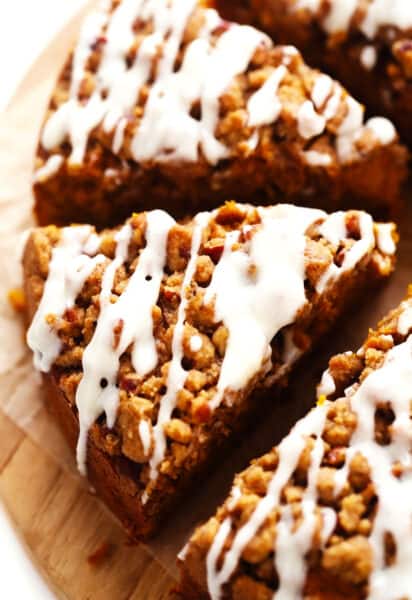 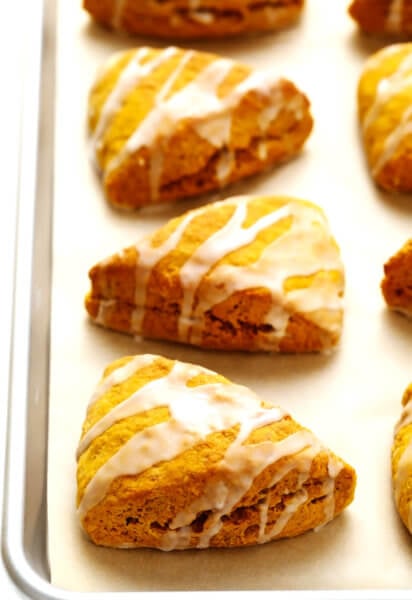 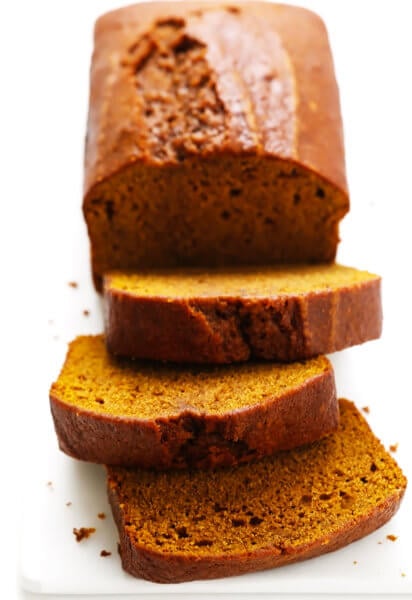