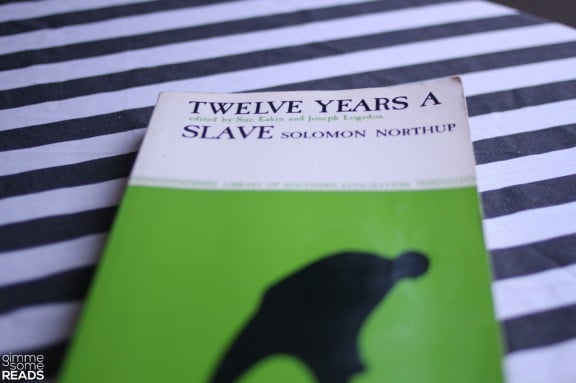 I first heard of Solomon Northup earlier this year when my friend, Amanda, suggested our book club read his memoir, Twelve Years a Slave. We added it to our to-read list, and the conversation moved on. But when we found out it was going to be released as a film this fall, we decided to bump it up the list and read it in September in order to be prepped for its October 18th release date.

I was not prepared for the power of Solomon’s story. 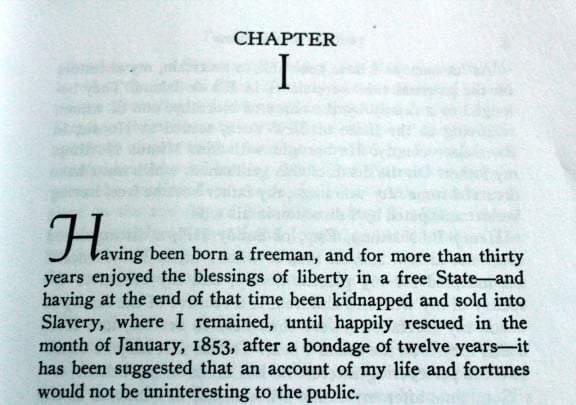 Beginning of Twelve Years a Slave by Solomon Northup

I have never read an actual slave narrative before, that I can recall. I do remember reading about Frederick Douglass, Harriet Tubman, Nat Turner, and Sojourner Truth in history classes. But why have I never heard about Solomon Northup? Or the fact that slavery had come to such a wretched state that even free African-Americans from the North were being kidnapped and enslaved in the South — so much so that New York passed a law in 1840 “to protect the free citizens of this State from being kidnapped, or reduced to Slavery.”

Not one to typically make “everyone should” statements, I will simply say this: I have never before felt as privileged to be reading a book as I did whilst reading Twelve Years a Slave. It was like with every page I read, I was honouring Solomon Northup. I hope many more read the story of this remarkable man. 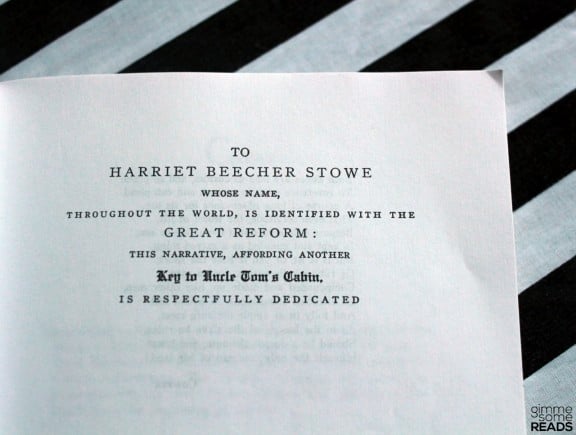 One of the things that so captured my attention about Northup’s story is that, unlike Frederick Douglass who was born a slave and began his education while a slave, Solomon Northup was born a free man, educated as a free man, worked as a free man, married and had children as a free man — and then, after living freely for over thirty years, he was kidnapped and thrust into a life of slavery. As Douglass himself wrote regarding Northup’s story: “It is a strange history, its truth is stranger than fiction.”

The two most commonly referenced slave accounts are by Frederick Douglass and Harriet Beecher Stowe. Douglass’s first book, Narrative of the Life of Frederick Douglass, an American Slave, was published in 1845, seven years after he escaped from slavery. Stowe’s novel, Uncle Tom’s Cabin (1852), was a fictional story written by a white woman from the North.

Just a few months after being rescued, Northup published his personal account, Twelve Years a Slave: Narrative of Solomon Northup, a citizen of New-York, kidnapped in Washington city in 1841, and rescued in 1853, from a cotton plantation near the Red River in Louisiana, in 1853, selling 30,000 copies in just a few years. And then, falling into obscurity for nearly 100 years until Sue Eakin and Joseph Logsdon published a reedited version in the late 1960s. 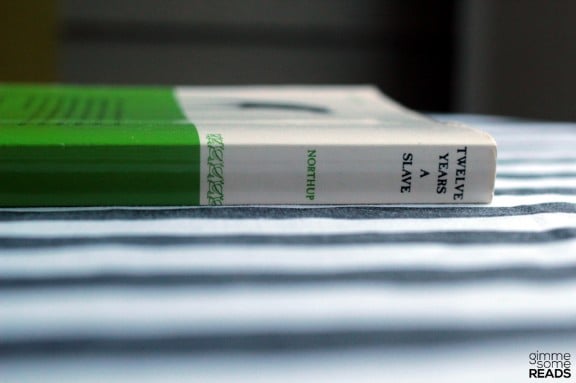 Twelve Years a Slave offers an educated, multifaceted inside-view of slavery in America, during the years before the Civil War. Northup provides detailed information on the economics and sociology of the South, as well as the psychology of slavery. And all this in the midst of his own harrowing story of loss, suffering, and a wavering-but-never-extinguished hope for freedom.

It’s certainly a relief to begin such a book knowing that he is rescued in the end, but even with that knowledge you can’t help but feel the weight of Solomon’s bondage, and realise that even freedom can’t wipe out the wrongs he suffers.

Seeing slavery through Solomon’s eyes is both informative and heart-wrenching. To suddenly be denigrated to property after being treated like a man; to be stripped of his name, family, home, and education — and expected to act as if he’d never had them in the first place; and yet, to brave saying no to his “masters” on more than one occasion (the first account, in Chapter 8, left me open-mouthed and a little exuberant); and, to never give up his belief that all people are created for freedom.

Woven throughout the bleak stories of slavery, kept in the background during most of the book, is the miraculously fascinating story of Solomon’s rescue. Falling into place piece by tiny piece, until beyond all the stalled and obliterated hopes, you finally hear someone tell him, “Cheer up! Don’t be discouraged. I’m with you, life or death. Good-bye God bless you.” And suddenly, the as-yet-unseen narrative of his freedom comes to light.

» Read a few quotes from the book. 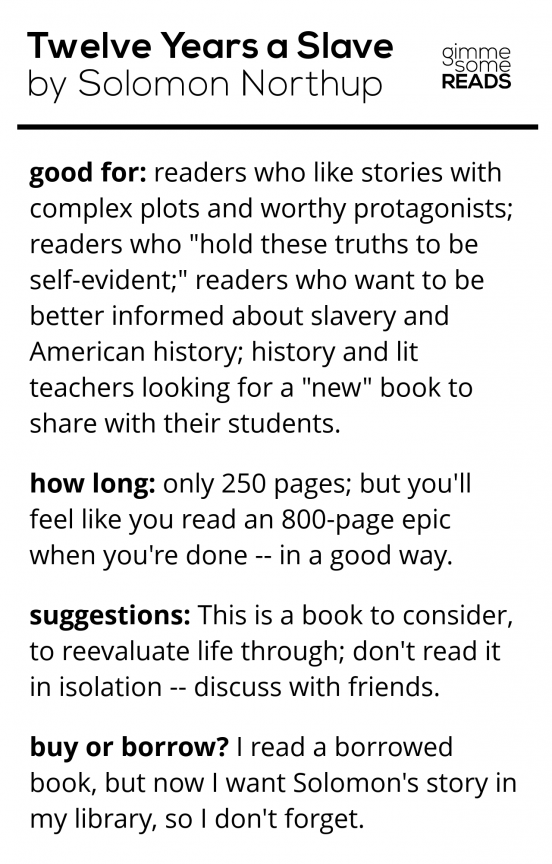 I can’t wait to see Solomon’s story in film. Especially portrayed by such an excellent cast — Chiwetel Ejiofor, Benedict Cumberbatch, Michael Fassbender, and Brad Pitt, to name a few.

I definitely think it’s worth reading the book as well as seeing the movie; just don’t miss hearing Solomon’s story one way or another.

» Read a few quotes from the book.
» Read a review of the film adaptation.

What are your thoughts on Twelve Years a Slave?
Have you read any other slave narratives?

0 comments on “Twelve Years a Slave”