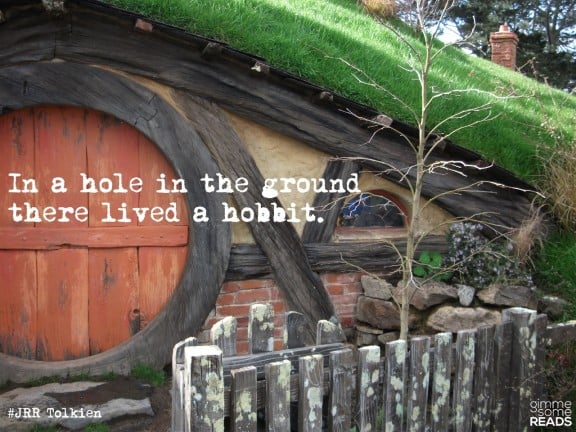 And so begins the first tale ever told of a hobbit. What is a hobbit? They are a tiny people who love bright colours, lush gardens and green fields, rich food and a good pint, and think home is the best place you could be. And they came to life in the imagination of a certain Englishman in the early 1900s.

As such, he was well-versed in the great myths of Greece and Scandinavia and lamented that his own England lacked such a mythic beginning. The Arthurian legend is more Welsh than English and also has French connections; and though Beowulf was written in Old English, it is set in Scandinavia. So, Tolkien set out to write one himself.

In 1917, J.R.R. Tolkien first put his ideas of Middle Earth on paper. But he didn’t start with The Hobbit or even The Lord of the Rings, he began with The Silmarillion which is the history of Middle Earth and the whole reason he set out to create the epic journey so many know and love today. (That book wasn’t finished until much later and wasn’t published until 1977, several years after his death.)

In 1936, Tolkien completed The Hobbit (interestingly, 10 years after becoming friends with C. S. Lewis, and three years before Lewis came up with Narnia). The story of Bilbo Baggins was published the following year, in 1937. 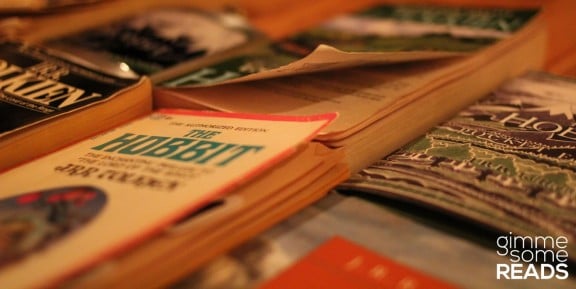 I love that the world’s first introduction to Tolkien’s epic history, which was to give England a legendary beginning, was through the eyes of a somewhat simple and sometimes ridiculous hobbit named Bilbo Baggins, who ran off on a dragon adventure without remembering to bring his pocket-handkerchiefs. Oh, Tolkien.

If you’ve read The Lord of the Rings, you know the serious depths that Tolkien can go to and the mind-blowing complexities he can weave together. Though The Hobbit has a noteworthy place in the history of Middle Earth, it is also just a simple hobbit’s tale of “There and Back Again” — full of adventure, humour, friendship, treasure, fear, and sacrifice.

I definitely prefer the complexity, depths, and higher stakes of The Lord of the Rings, but when I reread The Hobbit this past month, I was reminded that heroes come in strange packaging. And Bilbo is a hero.

It’s easy to downplay fear and diminish hardship, but by telling the story through “quite a little fellow in a wide world”, Tolkien can put things into perspective with lines like this:

With chapter titles like, “Out of the Frying-Pan, Into the Fire”, you begin to see what kind of adventure Bilbo has gotten tangled up in. He gets roped into a journey leading to a dragon because a bunch of dwarves insult his dignity by calling him a grocer. And though dwarves aren’t known for being particularly friendly-folk, Bilbo proves himself to be a friend over and over in the face of grave danger. (I cannot wait to see Peter Jackson’s version of the spider scene on the big screens!)

In the beginning pages we see Bilbo responding to Gandalf in frustration:

But, somewhere along the way… 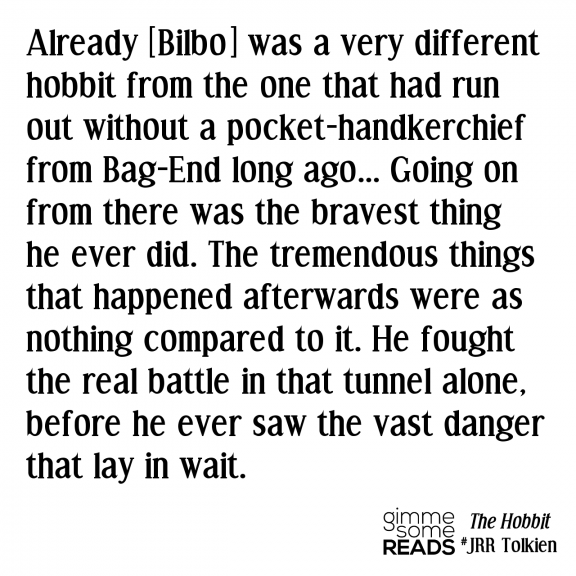 What I have learned to appreciate about The Hobbit is that Bilbo’s sense, kindness and courage are not epic, but of the everyday sort that any of us are capable of; it’s his willingness to plunge into the adventure with such qualities as he has (and the ones he finds in himself along the way) that gives him a place in legend, alongside the likes of kings and wizards. 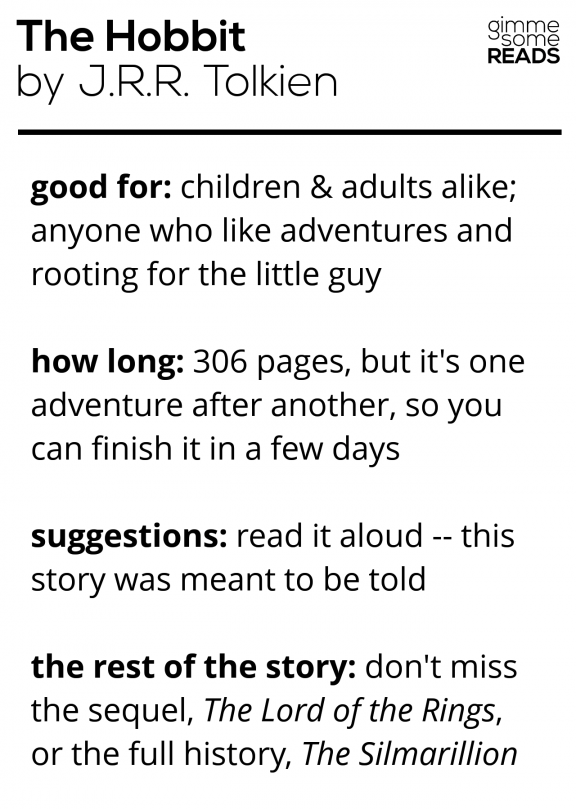 Peter Jackson has split The Hobbit into three films. My guess as to where (in the book) the first film will end is after the aforementioned chapter, “Out of the Frying-Pan, Into the Fire.”

where do you think The Hobbit: An Unexpected Journey
will stop in the Bilbo story?

Enter the Gimme Some giveaways this week!

0 comments on “The Hobbit Book Review”